Knox Co. Health Department: We are prepared for new coronavirus

Department officials said several people in Knox Co. have been tested for the virus. Lab results were pending Thursday for at least one person. 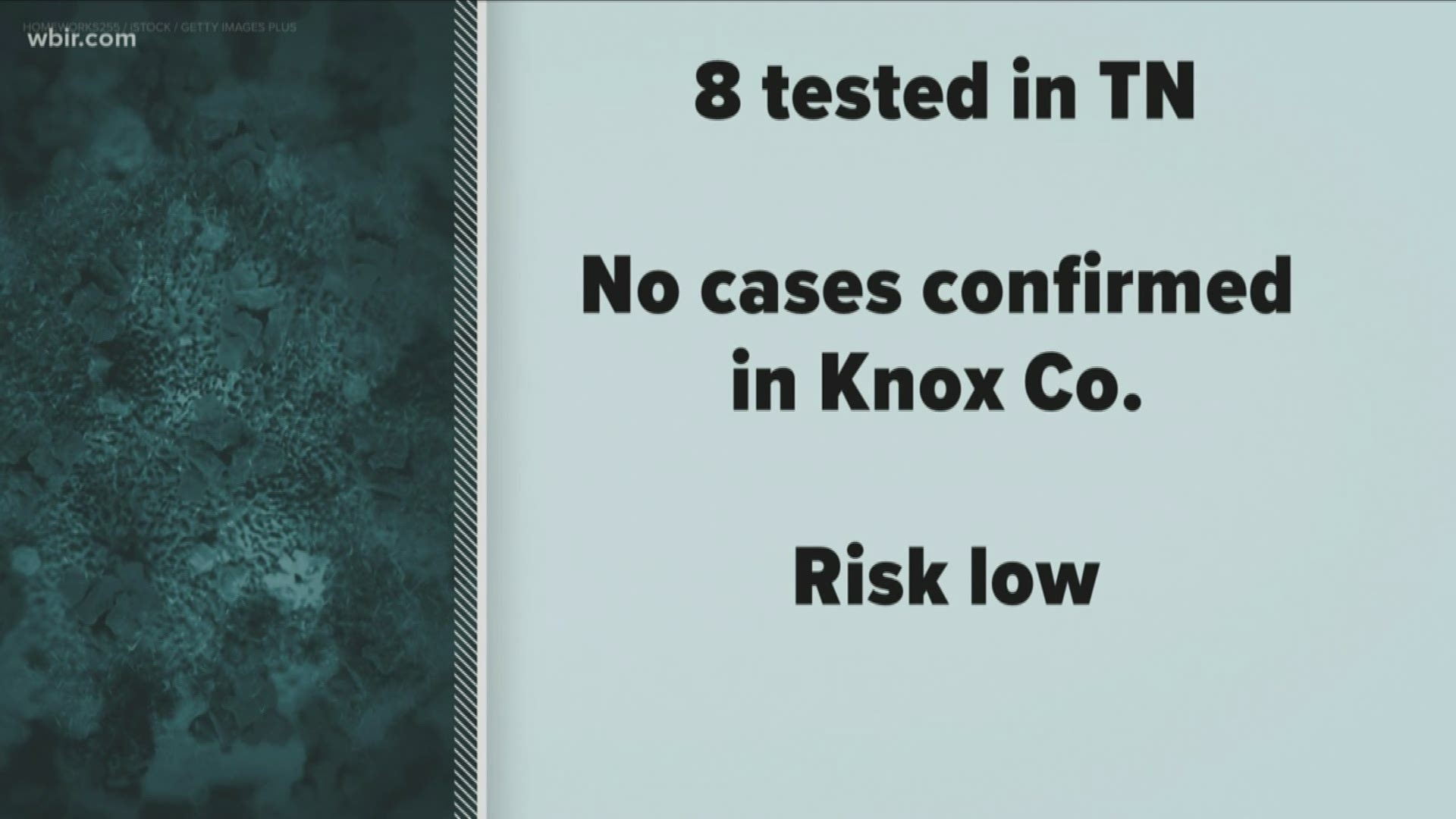 The Knox County Health Department said Thursday it was awaiting coronavirus test results for at least one person after the governor confirmed Tennessee's first case of the COVID-19.

"As much as we travel and as international as we are, it's not surprising that we have a case in Tennessee," Health Department Director Martha Buchanan said. "I wouldn't be surprised if we have cases in every state in the nation eventually."

As of Thursday, there are no confirmed cases of the virus in East Tennessee. One man in Williamson County near Nashville was isolated in his home after testing positive. He had mild symptoms.

That is common for most people, Buchanan said. Eight in ten people who have the virus have not required hospitalization, she said.

She also gave insight into the state's testing procedures as health officials in Nashville said the state has only 85 testing kits on hand.

RELATED: Facts not Fear: How WBIR will be reporting the coronavirus

RELATED: VERIFY: Hand sanitizer can protect against coronavirus, but not as well as washing your hands

"Right now, we do have a limited supply and we have to use those wisely, only on the most at risk folks," she said.

"The true risk for anyone in the state of Tennessee is either having direct exposure for more than six hours less than six feet from the person who was diagnosed in Middle Tennessee. The other risk is to have traveled to a place where there's ongoing community transmission," she said.

The health department has been working with Knox County Schools and planned meetings with county government leaders to discuss coronavirus contingency plans.

Buchanan stressed the flu is still a bigger risk to people in Tennessee than the coronavirus. The most effective way to prevent the spread of both is to wash hands thoroughly, cover your mouth when you cough and stay home if you're sick.