Phase 1B is for those who are 65 and older as well as anyone over the age of 16 with a pre-existing health condition. 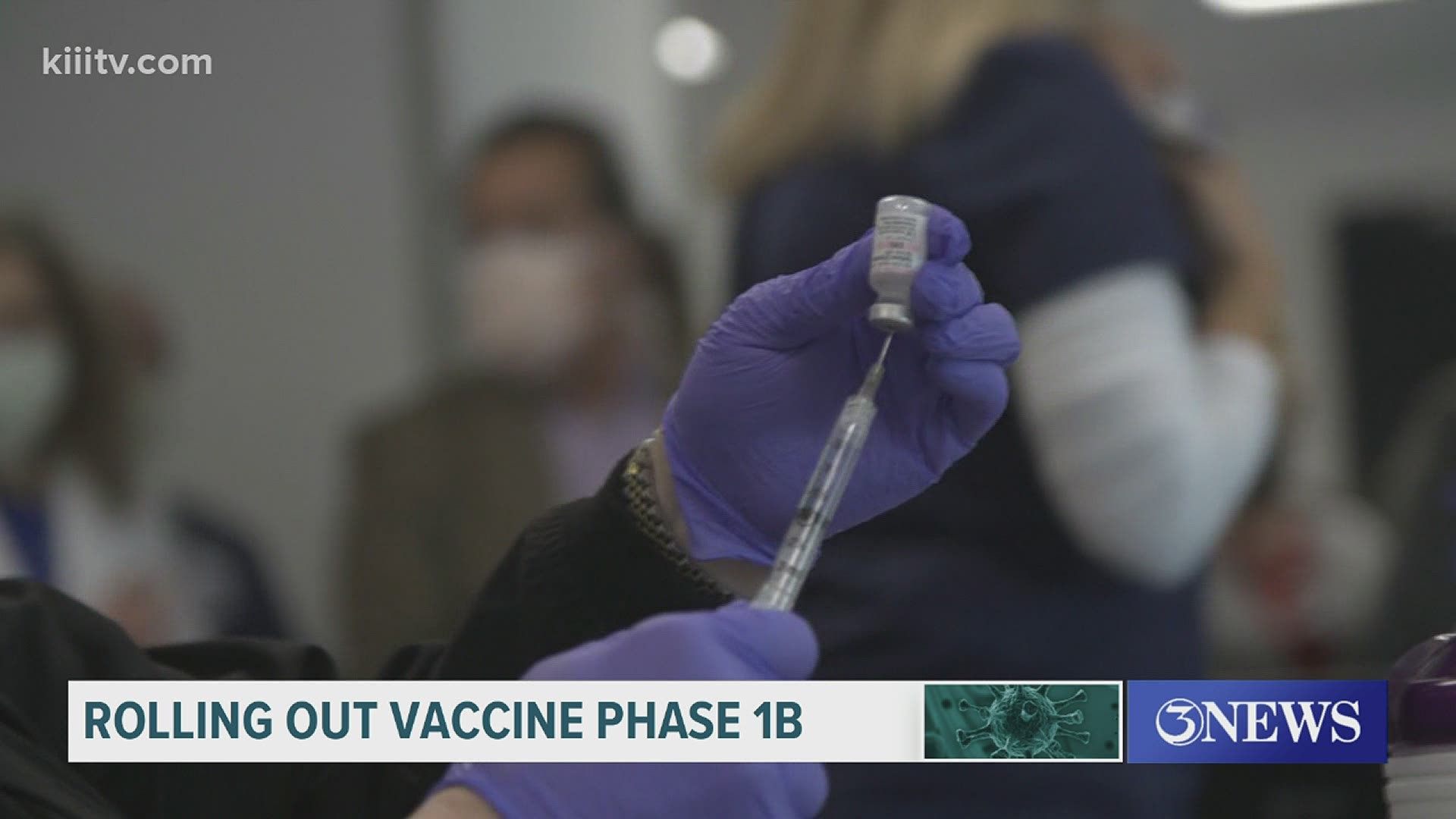 The Nueces County Health District is preparing for the phase 1b rollout for COVID-19 vaccines.

"If you look at where we are from the global level there's a lot of vaccines that are approved or coming for approval," said Dr. Salim Surani, a pulmonologist and intensive care unit doctor for Christus Spohn.

As more vaccine distributors finish up their clinical research and prepare for approval, so are local health workers.

"As a scientist we haven't seen the data so there is a challenge," said Dr. Surani.

Researchers and doctors like Dr. Surani said they're excited for more to begin rolling out to communities, but they're also keeping watch for more studies to be shown.

"We've been receiving shipments every week, whether it's to health district, hospital, Amistad, or to HEB pharmacy, every week we've been receiving vaccines and we don't expect that to change," said Annette Rodriguez, Nueces County-Corpus Christi Health District Director.

Until more distributors get approved, Rodriguez said they're continuing to move forward in vaccinating more of the population, meaning transitioning to phase 1B.

"Depending on how much vaccine we receive we will continue that or we will continue with 1a phase. The reason I say that is because we are still working with the nursing homes," said Rodriguez.

Rodriguez said throughout the next week they'll be making calls to nursing homes to find out who still needs their shot.

"The problem, I guess, is there's not enough vaccine or CVS and Walgreens workers because its moving a lot slower than the nursing homes thought it was going to be moving," said Rodriguez.

All providers including HEB are working to finish the 1A tier, which includes frontline healthcare workers and nursing homes.

"The difference is people think HEB is going to set it up for general population, they're never going to do that until we get to the phase for the general population," said Rodriguez as she explained the reason HEB may take longer. "They're doing groups of 10 or more. The reason they're doing that is because when you draw up one from the vial you have to draw up the other nine.

If a vial of the vaccine isn't used within six hours, it has to be thrown away.

"Vaccine doesn't save life, it's the vaccinating the people that saves lives and that's what we need to learn," said Dr. Surani.

The health district plans to begin moving forward sooner than later with phase 1B, which includes people over the age of 65 and people with at least one comorbidity.

RELATED: There's still a wait for COVID vaccinations for educators in the Coastal Bend, but health officials say there is a plan