3News spoke with Nueces County Judge Barbara Canales after the public health order issued Sunday did not last one night. 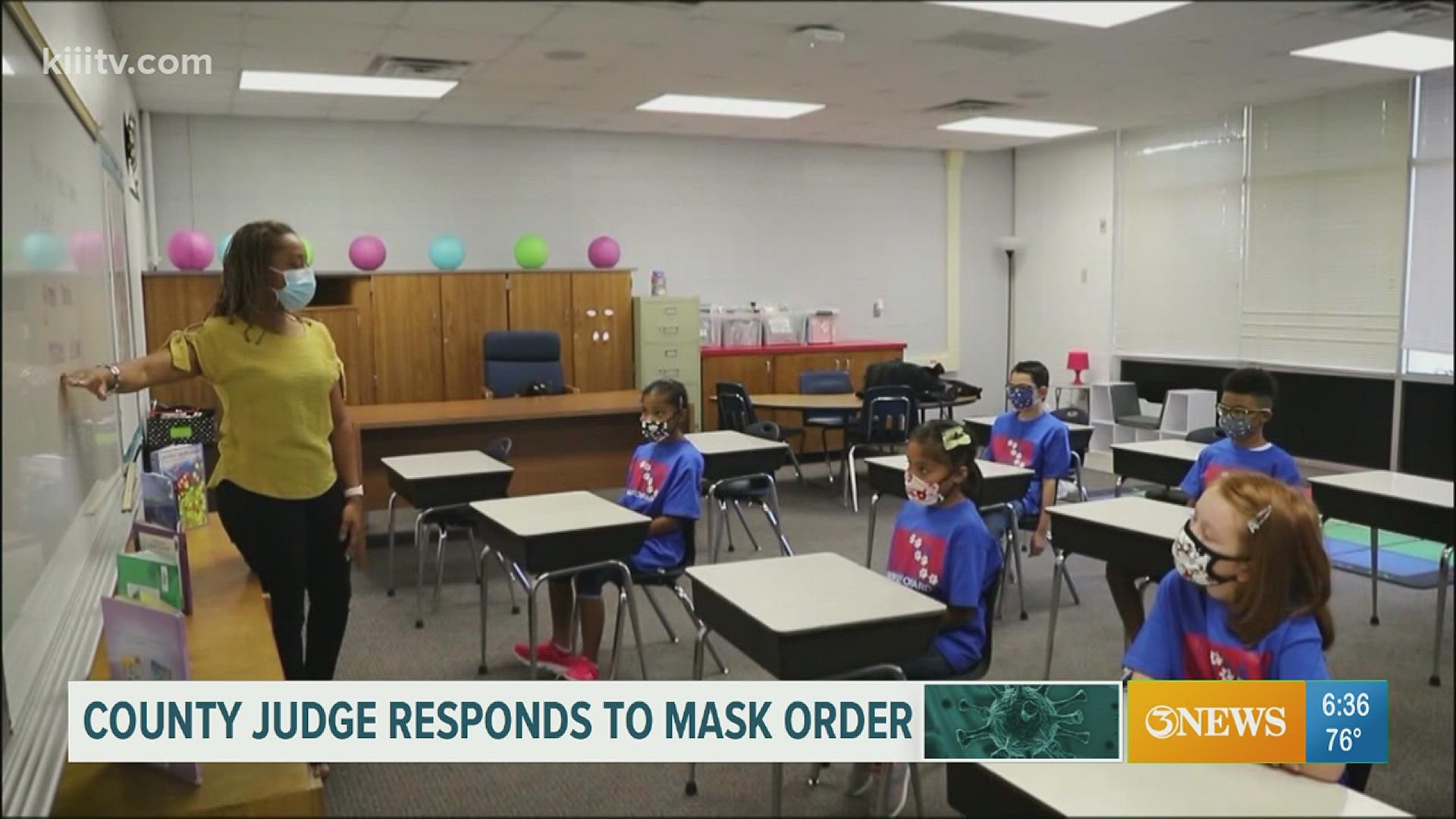 CORPUS CHRISTI, Texas — A local health order issued Sunday mandating masks in Nueces County public schools for the next 30 days not making it through the night.

“Yesterday it was a roller coaster in the sense of our local health authority issued a local public health order and it probably wasn’t 15 minutes afterwards that the supreme court of Texas issued a stay which meant that everything went on hold,” said Nueces County Judge Barbara Canales.

“Because everything was on hold the judicial authority that existed at the time was no longer the authority of the land and so we went back in time to the GA38.”

Some officials with the City of Corpus Christi say they had not been informed about the order.

“The City Council and the City Manager did not receive or were not given an opportunity to give input into this order prior to its issuance. We still have not seen a signed order," said City Attorney Miles Risley.

But according to Judge Canales, the opportunity for communication was presented.

“They had the opportunity to talk with us on Friday, Saturday and on Sunday and I have the text messages to prove it and I have the emails and there was nothing but crickets,” said Canales.

Canales adding that the order was valid and legal when made.

“It was not an illegal order. It was a legal valid order that then became stayed and then we decided to make the decision to respect the supreme court and wait for final adjudication,” said Canales.

As to why Canales believes and order like the one issued Sunday is important, Canales says Local Health Authority, Dr. Ramachandruni advised it was in the community’s best interest.

“In his expert medical opinion, he believed this was necessary and in our legal opinion in the county we had the ability during that time frame to have that public health order issued,” said Canales.

When it comes to school districts making those mask mandates, Canales says they have the right to make that argument.

With much confusion in the air, where do we go next?

“What happens next is we let the court processes work,” said Canales. “The judicial branch of government does work and it does give you final resolution.”