Nueces County Judge Barbara Canales says in her capacity as county judge, she will be issuing orders that implement the governor's executive order. 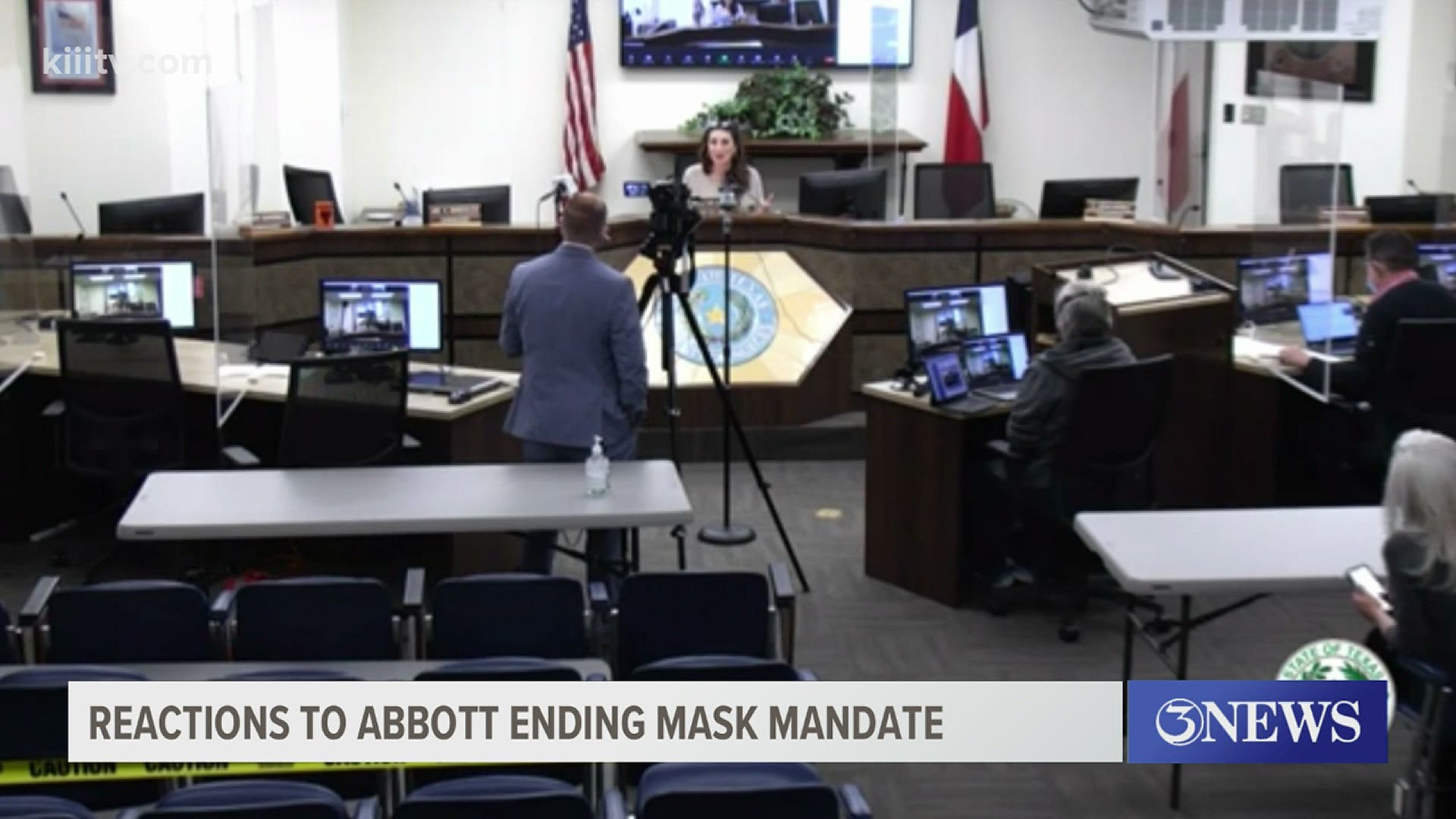 CORPUS CHRISTI, Texas — There has been plenty of reaction to Texas Governor Greg Abbott's announcement that as of next Wednesday all businesses will be able to re-open to 100 percent capacity.

The governor is also ordering an end to the statewide mask mandate.

"It is now time to open Texas 100 percent," said Governor Abbott during a stop in Lubbock on this Texas Independence Day.

Abbott said with the various medical advancements in place, including the vaccines, Texas now has the tools to protect its citizens against COVID.

Nueces County Judge Barbara Canales reacted to that decision as she discussed the measure during a live video chat online.

"I was shocked. I knew we were going to have some restrictions lifted that was we felt that was coming, I did not expect it to be for masks," said Nueces County Judge Barbara Canales.

Canales says in her capacity as county judge, she will be issuing orders that implement the governor's executive order when it goes into effect March 10. Canales added that she does not have the power to courter act the decision.

It's important to note that businesses will still have the option of requiring masks.

"What I want to make sure everybody understands coming from Nueces County, COVID has not gone away it poses a threat to public health and there are mediation strategies," said Canales.

As of this past Sunday 6 and a half percent of Texans had been fully vaccinated, but Abbott said that number will grow quickly now that three vaccines are available.

However, health experts warn that the outbreak is far from over.

"If you want Texas to be 100 percent open, you 100 percent want to continue to wear your mask," said Dr. Chris Bird with TAMUCC and the COVID-19 Taskforce.

Meanwhile Congressman Filemon Vela said he does not agree with the governor's decision. He said now is not the time.

"The idea that he would open businesses to 100 percent knowing that people congregating is the number one risk factor for this spread of this virus, just doesn't make sense," said Congressman Filemon Vela who represents district 34.

The announcement makes Texas the largest state to do away with a face covering order.

RELATED: Texas to join 15 US states without statewide mask mandates

Canales said while we are seeing positive trends here in Nueces County with a decrease in hospitalizations and positivity numbers, she is still encouraging folks to keep taking their own safety measures.