With the first case of COVID-19 appearing on January 20th in Washington state and our first case not showing up until March 21st, it put us several months behind. 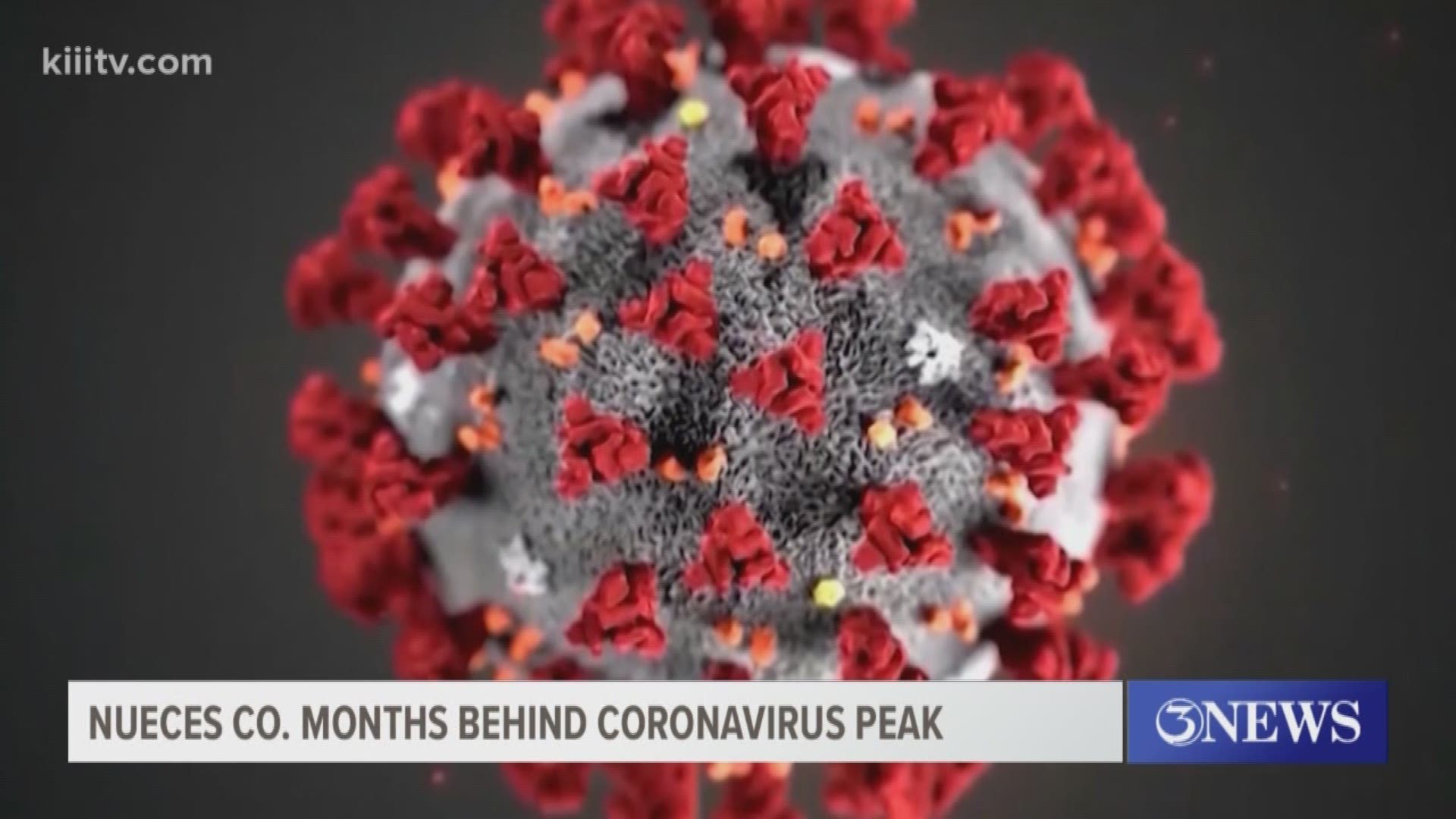 NUECES COUNTY, Texas — According to at least one local health expert, it could be another three months before Nueces County reaches the peak of COVID-19 cases.

Annette Rodriguez the director of the city-county public health district says we might not see our peak in the Coastal Bend until mid-summer.

"We are probably two months behind the rest of the states so if they're peaking in April or May we may be peaking closer to June or July," Rodriguez said.

The first US case was reported in Washington on January 20th and our first case locally didn't surface until March 21st, putting us two months behind other states. Rodriguez says they are studying the coronavirus in China and they are seeing some of the symptoms changing.

"Now we're seeing where people have lost the ability to smell, they've lost their sense of taste, and so that's an interesting symptom because those individuals don't seem like they're as symptomatic, so they recover at home and they have a shorter duration of recovery," Rodriguez said.

She also stressed that especially now, people need to continue to practice social distancing and washing their hands and using some sort of a mask in public.

On Wednesday, Herman and Herman will be providing free face covers while supplies last. It will be a drive-thru and pick up service from 10 a.m. to 1 p.m. at 1201 Third Street in Corpus Christi.