Orangefield couple dies from COVID-19 within days of each other

Jeffrey and Valerie Sanders were 57 years old and would've celebrated their 39th anniversary on August 8. 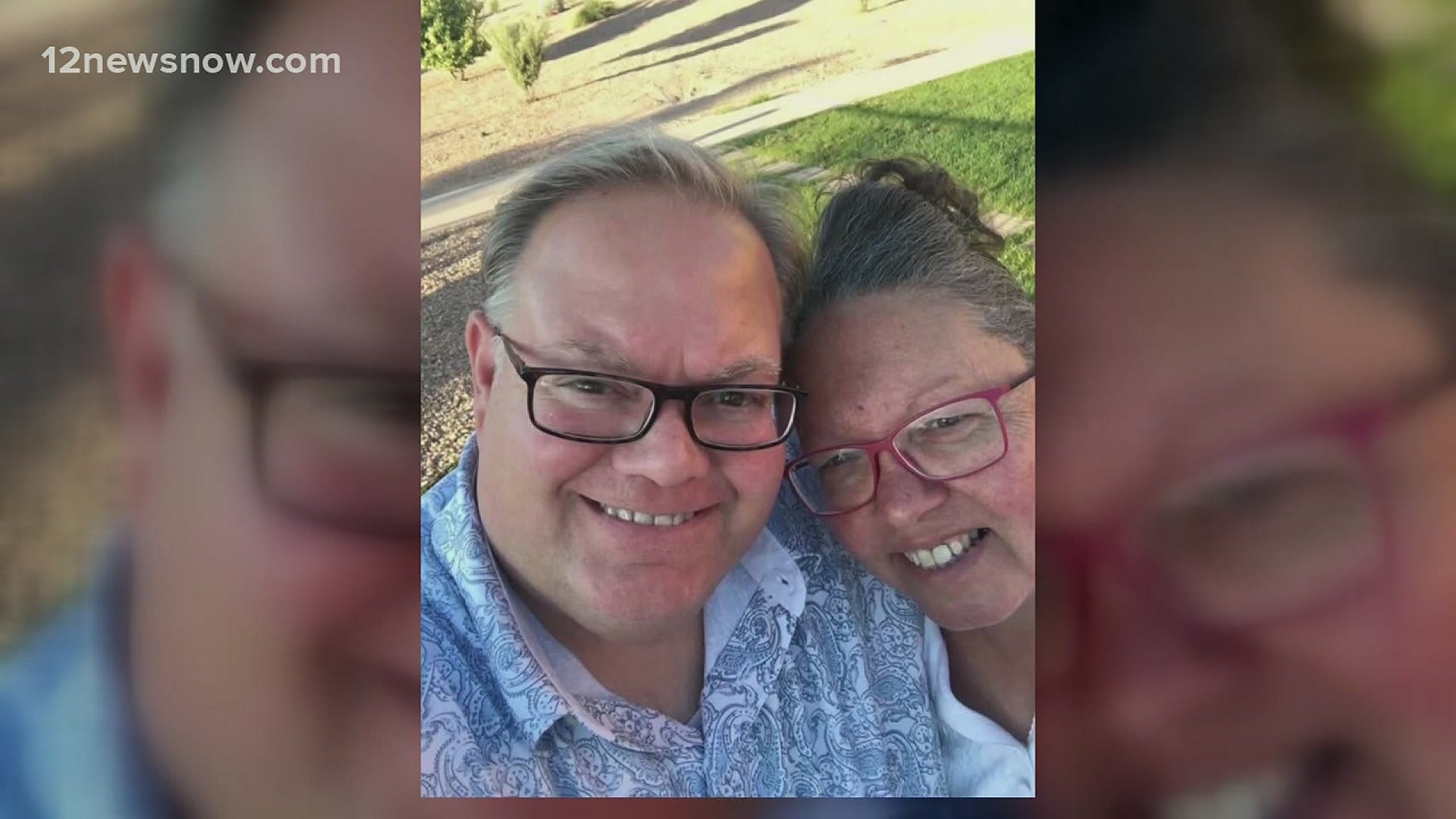 ORANGE COUNTY, Texas — The heartache in an Orangefield family is unimaginable, rocking a community.

Unfortunately, more people in Southeast Texas can relate to the pain of losing a loved one to COVID-19. For the Sanders family, the coronavirus did not just take away one family member, but two.

After a trip to California, Jeffrey and Valerie Sanders became sick while driving home.

"They never even made it back home," their youngest son of four children, Eric Sanders said.

Their first stop back home was the hospital, and they were both on ventilators for about two weeks, he said.

"They put my mother on the ventilator first, and then my dad," Sanders said.

During that time, he said there were glimmers of hope.

"He was coming around, responding to commands and opening his eyes," he said. "My sister got to talk on the phone and his heart rate went up, he could hear her."

His father was showing improvement, he said, but unfortunately his condition would continue to worsen.

Both of his parents, Jeff and Valerie, died within 48 hours of each other.

"Everyone keeps messaging us, saying, 'I don't know what to say,' and I get it, because I don't either," he said.

Sanders said he still finds reasons to smile, looking back at their memories.

"They love their grandkids more than us," he said. "They always told us that their kids were just a headache they had to go through to get to the grandkids."

The loss is a painful reminder of today's reality.

"It was just really hard, but I am happy I got to see them one last time," Sanders said.

This message from his father has come to life now more than ever, with support pouring in, Sanders said.

"You don't realize it until happens," he said. "Everyone thought my dad was their best friend because that's how he made you feel, like you were the most important person in the world."

Despite the unfathomable heartbreak, their son said his family's prayers were answered.

"They would've wanted to go together," Sanders said.

A second visitation will be held from 9 a.m. to 10 a.m. Tuesday, August 4 at Orangefield United Pentecostal Church, 10447 FM 105 in Orangefield with a 10 a.m. funeral procession to Greenlawn Memorial Park, 3900 Twin City Highway in Groves for internment.