A man whose family says wore many hats in life, not just as a faith-based leader, making an impact wherever he could. 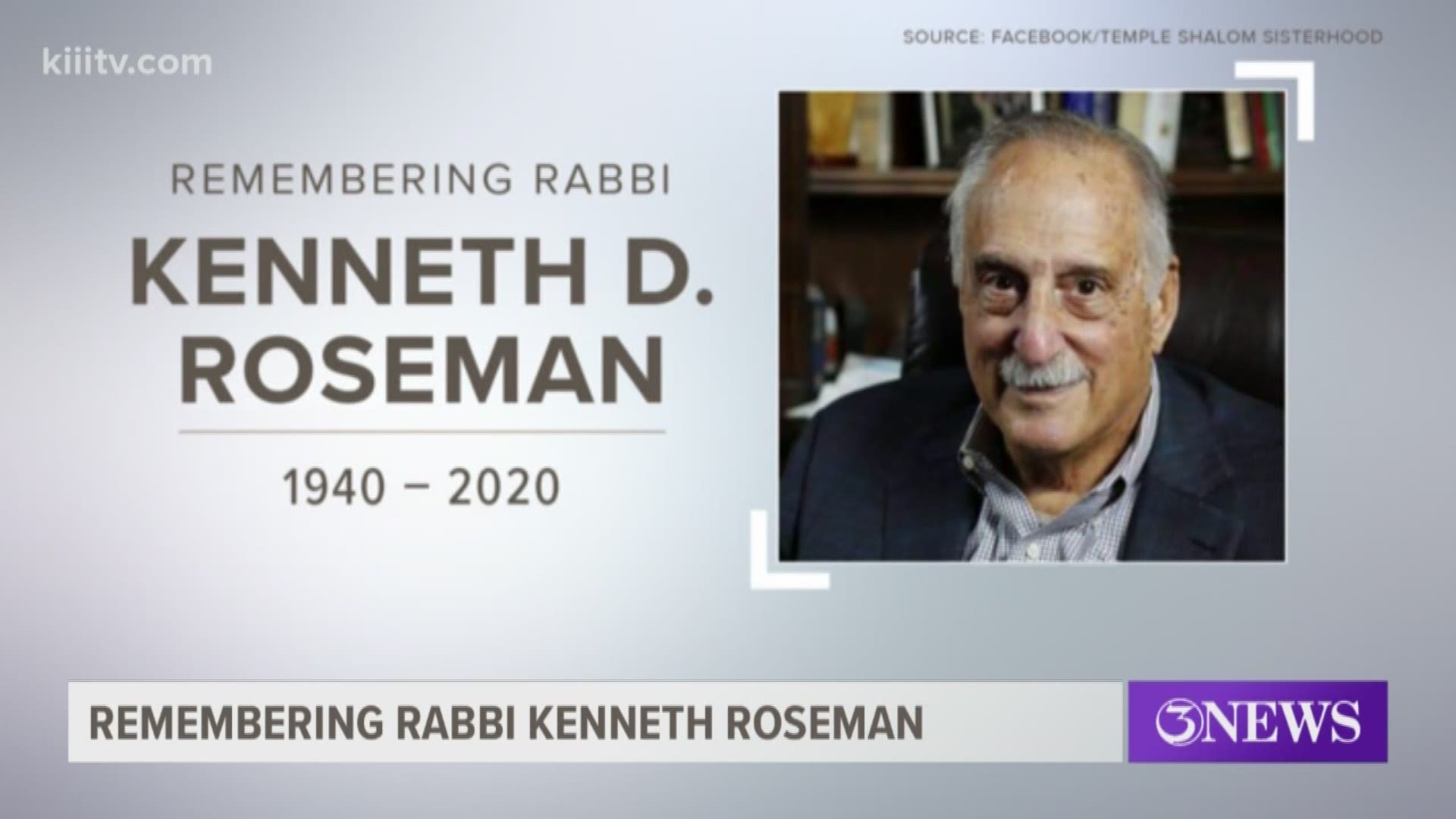 CORPUS CHRISTI, Texas — Nueces County has now recorded 3 fatalities as a result of COVID-19. The most recent victim has been identified as longtime Corpus Christi Rabbi Kenneth Roseman, who spent many years as the spiritual leader of the congregation Beth Israel in Corpus Christi.

Family and friends said Roseman died after a long battle with the virus, though he did have several underlying medical problems.

"I love having the community get together and doing something that is fun and nourishing." Those words from Rabbi Kenneth Roseman during the Jewish Food Festival back in 2017.

A man whose family says wore many hats in life not just as a faith-based leader, making an impact wherever he could.

"Felt the love of the community for him, it is as much as home as any place he ever lived," Michael Roseman, the rabbi's son said. "The community itself, the people who were friends and family, friends who became family, his love for the community is really special to us, proud of it. Spohn foundation, even as a student, or art museum, the symphony."

"He was a person who was big in stature and big in character, who lived life fully for himself and those he loved and he felt that passion."

Rabbi Roseman leaving behind an incredible legacy. In 1966 he was ordained in Cincinnati, Ohio, where he spent time teaching and as a dean. He also spent time in Madison, Wisconsin, at Temple Beth El, and also at Temple Shalom in Dallas before making the move to Corpus Christi in  2002.

His family says Roseman also had an intellectual curiosity throughout his life. He held many degrees and after he retired, he would often take classes at Texas A&M Corpus Christi. They say it was one of the highlights of his week.

"Dad always followed that curiosity, he was a lifelong learner and teacher, the spirit of being a rabbi is to be an educator and teacher," Michael Roseman said. "Dad embodied that in absolutely very specific ways."

His family saying he fought the virus incredibly hard for 28 days before passing away at Christus Spohn Shoreline.

"At the hospital the care he was given, was exceptional, the ways the nurses treated him and us and my grandma since we couldn't physically be there and treated him as family was absolutely incredible," grandson Robert Roseman said.

"Dad was strong lived a full and full he didn't lose a battle with the disease, we win for having him apart of our lives, the community wins for having part of his life," Michael Roseman said.