Many people considered recovered from COVID-19 are not back to normal. Some are dealing with long-term effects months after they get out of the hospital. 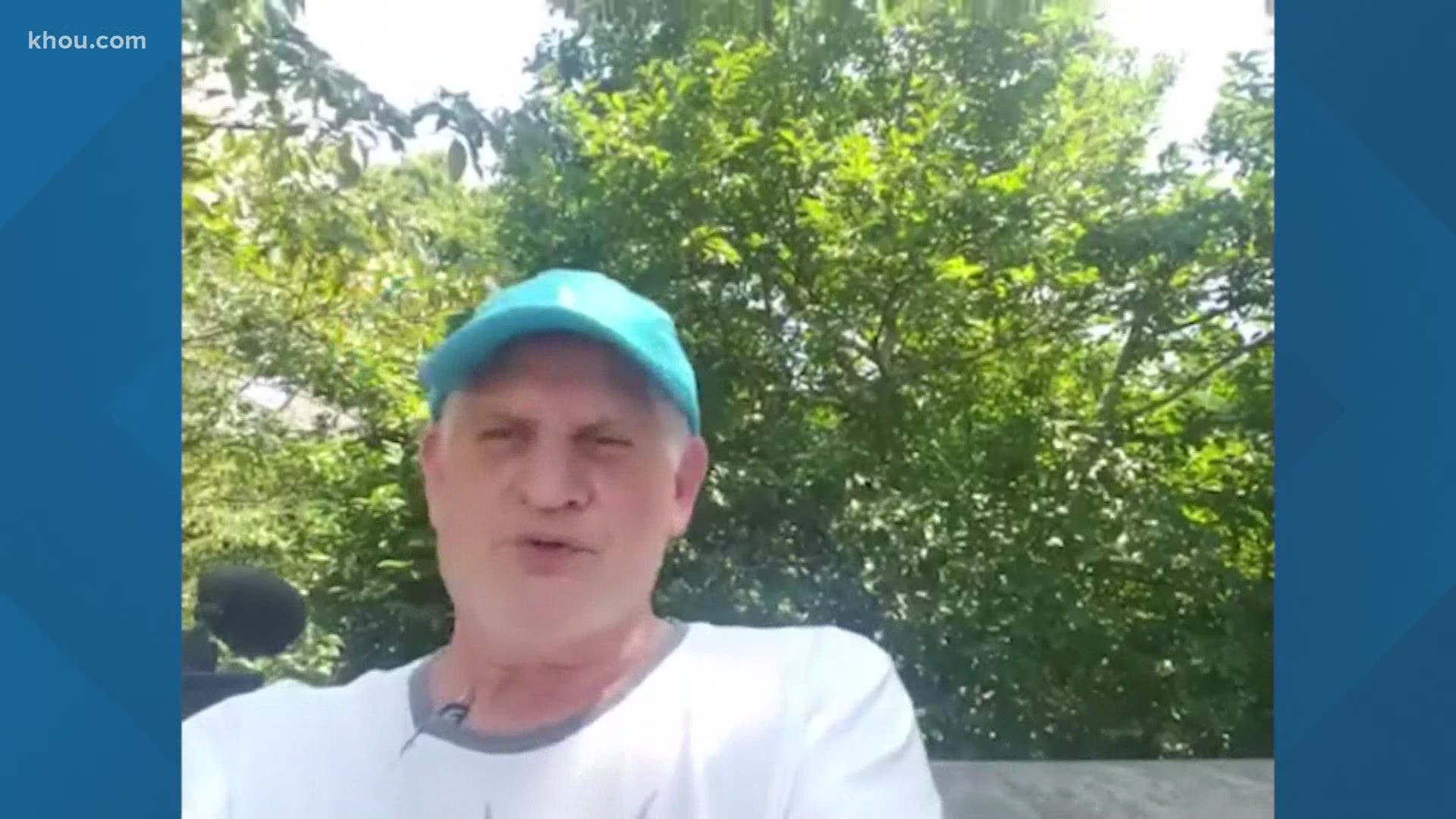 HOUSTON — For many people recovering from COVID-19, it does not mean life is back to normal. Many are dealing with long-term effects months after they get out of the hospital.

Take Phil Eaton for instance. He started having symptoms back in March.

Eaton is a high school principal and was admitted to Memorial Hermann Hospital in The Woodlands. He was placed on a ventilator back in March after contracting COVID-19.

"It was 51 days in the hospital basically looking at the four walls of my room," Eaton said.

He was released on May 5, but more than two months later, he’s still dealing with the repercussions. He’s been to therapy at TIRR and now has neuropathy, among other things. They are problems he said he never had before.

"The shoulder, the foot and the change in blood pressure a little bit," Eaton said.

HS principal Phil Eaton contracted COVID-19 back in March. 2 months after being released from the hospital he’s still dealing with some impacts. Doctors @memorialhermann say many recovering COVID-19 patients are dealing with the long term effects. Story on @khou at 4 #KHOU11 pic.twitter.com/2ngXrwCnp0

Doctors say it’s common for patients face multiple problems after being placed on a ventilator.

"They will have poor strength in their extremities for weeks and weeks before they get back to the strength. And develop nutrition deficiencies.” said Dr. Pushan Jani Pulmonologist with Memorial Hermann Texas Medical Center and UTHealth.

Doctor Jani said COVID-19 might even cause permanent damage to some patients' lungs.

"The higher likelihood of developing scarring in the lungs or fibrosis of the lungs can stay permanent, can lead to permanent reduction of lung capacity," Dr. Jani said.

In the meantime, Eaton is continuing with his physical therapy three times a week. He’s not sure when this will change, but next week, he’ll finally be allowed to work for 12 hours only.

"I’d love for that foot to get better. I love for the shoulder to feel better, and I'd love for everything to go back to normal," Eaton said.

Despite the continued long-term effects he has, this high school principal is counting his blessings.

"I’m alive, that is the thing. It’s a miracle given what I faced," Eaton said.

RELATED: 700 COVID-19 patients in ICU in Houston | 'There's a limit to the miracles they can perform'