In exactly a month since starting, they've already administered the Johnson and Johnson vaccine to 931 seafarers aboard 65 ships from all over the world. 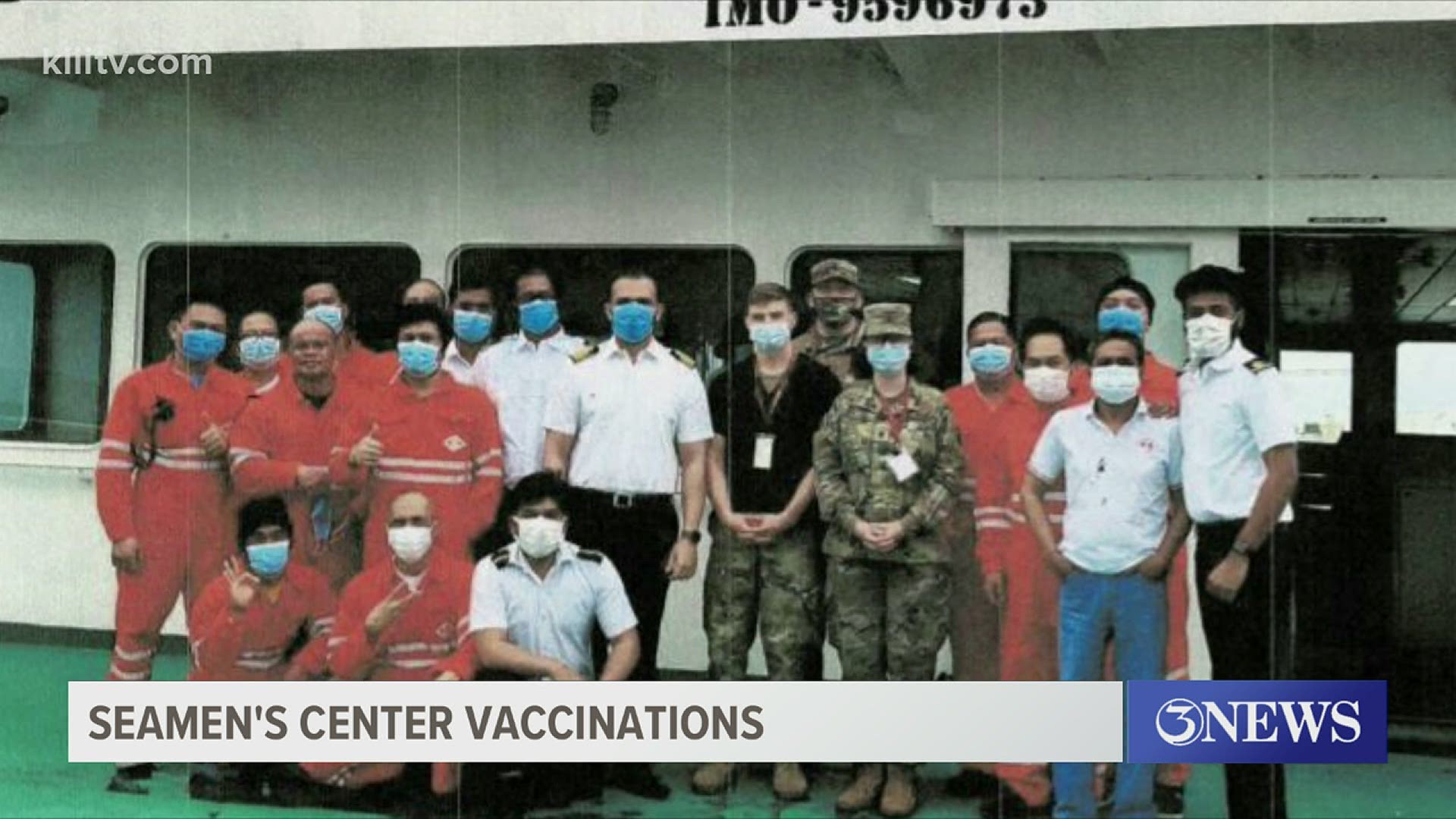 CORPUS CHRISTI, Texas — The Port of Corpus Christi serves as a major gateway to both international and domestic maritime commerce which is why the health of the crew aboard the vessels that pass through our area remains vital.

That is where the Corpus Christi International Seamen's Center is stepping up to help by offering COVID-19 vaccinations to those crew members.

"I thought, let's see what we can do about vaccinating these guys on the ships and it took off," said Sharon Emerson who is the Executive Director at the Corpus Christi International Seamen's Center.

Emerson is leading the charge.

The center is kind of like the USO, providing a home away from home for seamen both foreign and domestic.

"They don't have shore passes now to get off the ships, there are no crew changes, and their contracts are usually seven months. They are going in over a year contracts because they can't get home," said Emerson.

The National Guard which has been instrumental in administering the vaccine to local folks throughout our South Texas area is now vaccinating consenting crew members aboard these ships.

Emerson called the guardsmen her angels from heaven.

The campaign is already proving to be a success.

In exactly a month since starting the effort, they've already administered the Johnson and Johnson one shot vaccine to 931 seafarers aboard 65 ships from all over the world.

She said these are crewmembers who would otherwise not have access to the vaccine.

"Ukrainians, and people from South America but mostly Indians and Filipinos.  They are so grateful, the first thing they do is call their wife," said Emerson.

She said other U.S. ports have also started giving the vaccine to protect the seamen who ship in items we use every day, things like pharmaceuticals, vehicles, clothing, electronics.

"If you can help these people who are so far away from home, from their family and friends and suffer isolation and double because they haven't been able to get off the ship, and do crew changes, or come on shore makes me happy to know they can have more freedom in our country," said Emerson.

She says the program will continue if it is needed.