There's also a proposal before the state to form a vaccine hub for Jim Hogg and three surrounding counties. 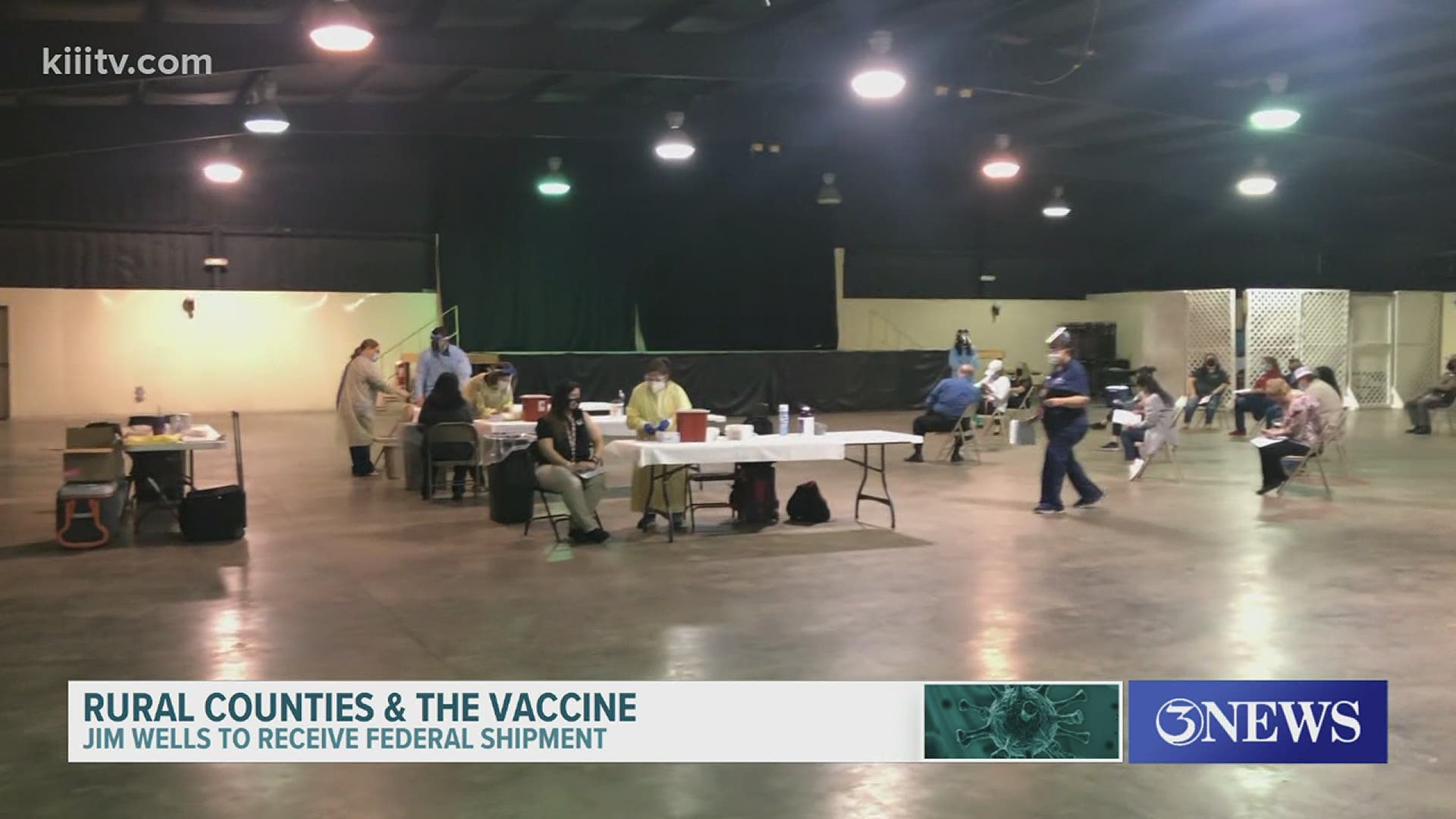 JIM HOGG COUNTY, Texas — There are a lot of folks in Jim Hogg County who are happy to hear that the federal government is soon going to be sending direct shipments of the COVID vaccine to a clinic there. There’s also a proposal before the State to form a hub for Jim Hogg and three other surrounding counties.

The Gateway Community Clinic in Hebbronville has helped put several hundred COVID-19 vaccines into the arms of residents. County Judge Juan Carlos Guerra said the facility is about to get a whole lot more vaccines.

The judge is hopeful that the clinic will soon receive more vaccines and more often. So far, Jim Hogg County itself has been sent 700 doses of the vaccine. The County's population of those over the age of 16 is estimated to be 3,700 people. That means there’s another 3,000 people who need to get inoculated.

"If we get the designation of the hub approved that they will be consistent in sending us some vaccine every week so if were able to get 300 and 500 vaccines a week will be able to get a hold of this locally rather quickly," Guerra said.

The judge says right now, his office has about 600 people on its waiting list to get the vaccine. The school district also has a list of teachers that are hoping to get vaccinated just like those educators in Kleberg County did earlier this week.

RELATED: Hundreds of teachers in Kleberg County get their COVID-19 vaccine on campus

"What we’ve been trying to do is to get at least 20 or 30 teachers going forward every time," Guerra said.

District 31 State Representative Ryan Guillen is hoping the hub will mean thousands of more doses of the vaccine will be heading to this area of South Texas instead of the few hundred that have been sent. Zapata, Brooks, Duval and Jim Hogg are the counties which are part of that hub.

"In the proposal, we asked for I believe 8,000 per week that’s what we asked for," Guillen said. "What will get is to be determined but I think we’re prepared to do as many as that per week.”

Jim Hogg County is set to have another one of these first dose vaccine clinics tomorrow. Teachers will be among those who are invited to the 200 dose clinic.

RELATED: Upcoming COVID-19 vaccination sites in the Coastal Bend: Everything you need to know.