Large swaths of the private sector have already stepped in to mandate vaccinations for at least some of their employees. 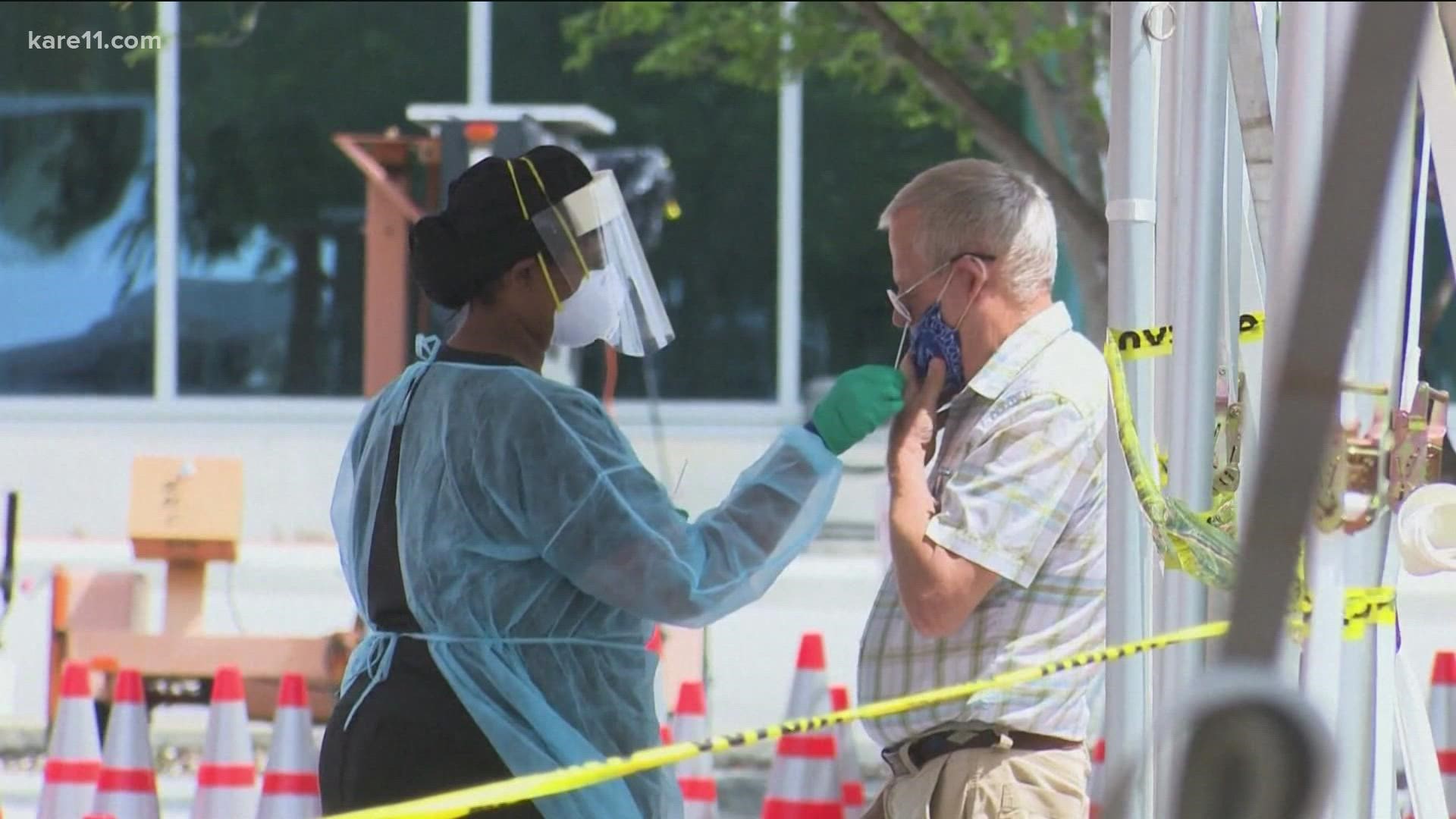 WASHINGTON — Larger U.S. businesses now won't have to decide whether to require their employees to get vaccinated against COVID-19. Doing so is now federal policy.

President Joe Biden announced sweeping new orders Thursday that will require employers with more than 100 workers to mandate immunizations or offer weekly testing. The new rules could affect as many as 100 million Americans, although it's not clear how many of those people are currently unvaccinated.

Large swaths of the private sector have already stepped in to mandate shots for at least some of their employees. But Biden said Thursday that "many of us are frustrated with the nearly 80 million Americans who are not fully vaccinated.”

The U.S. is still struggling to curb the surging delta variant of the coronavirus, which is killing thousands each week and jeopardizing the nation’s economic recovery.

Per Biden's order, the millions who work as employees of the executive branch and contractors who do business with the federal government won't have the option to get tested instead of taking the vaccine. The order also requires large companies to provide paid time off for vaccination.

The Associated Press reached out to a wide range of companies on Thursday. Many didn’t have immediate responses while others noted that they already require vaccinations. Walmart, the nation’s largest private employer, was one of the first major companies to mandate vaccines for some of its workers. Walmart said in late July that it was requiring that all workers at its headquarters in Bentonville, Arkansas, as well as its managers who travel within the U.S.; be vaccinated against COVID-19 by Oct. 4.

But the vaccine mandate excluded frontline workers such as cashiers, who according to the company have a lower vaccination rate than management.

CVS Health said in late August it will require certain employees who interact with patients to be fully vaccinated for COVID-19 by the end of October. That includes nurses, care managers and pharmacists.

Airlines, meanwhile, have tried to reassure customers about the safety of flying during a pandemic, and have pushed steps such as mandatory masking before they were required by the government.

United Airlines announced last month that it would require employees to be vaccinated. The airline said Wednesday that workers who don’t comply will be placed on leave Oct. 2 and will be terminated unless they can demonstrate a medical or religious reason for not getting vaccinated. The airline says more than half its workers who weren’t vaccinated have gotten the shots since the company announced the requirement.

The tech industry has largely been at the forefront of vaccine requirements, making the sector in general a likely supporter of Biden’s policy on the issue. In late July, Google became one of the first major U.S. employers to decide all its workers needed to be vaccinated before returning to the office. Facebook quickly adopted a similar policy a few hours after Google took its hard stand on vaccines.

Google left it an open question whether the minority of employees who will still be allowed to work remotely will be required to get vaccinated to remain on its payroll. The Mountain View, California, company employs more than 130,000 workers worldwide, with a significant number based in the U.S. The heaviest concentrations are in the San Francisco Bay area and New York.

Apple, which employs both tech workers in its offices and tens of thousands of workers in its retail stores throughout the world, has been encouraging people to get vaccinated without announcing a formal mandate. The Cupertino, California, company didn’t immediately respond to a request for comment about Biden’s vaccine order.

General Motors stopped short of endorsing Biden’s requirements, but said in a statement that it supports vaccines.

“We are strongly encouraging our employees to get vaccinated given the broad availability of safe and highly efficacious vaccines, which data consistently show is the best way to protect yourself and those around you,” the automaker said.

Half of American workers are in favor of vaccine requirements at their workplaces, according to a poll from The Associated Press-NORC Center for Public Affairs Research. Such mandates have already been gaining traction following the Food and Drug Administration’s full approval of Pfizer’s COVID-19 vaccine. Vaccines from Moderna and Johnson & Johnson are available under emergency authorization, but haven't been formally approved.

About 59% of remote workers said they favor vaccine requirements in their own workplaces, compared with 47% of those who are currently working in person. About one-quarter of workers — in person and remote — said they are opposed.

More than 177 million Americans are fully vaccinated against the coronavirus, but confirmed cases of the virus have shot up in recent weeks. They've now reached an average of about 140,000 cases per day. On average, about 1,000 Americans dying from the virus daily, according to data from the Centers for Disease Control and Prevention.

“The business community is really going to appreciate this,” said Angela B. Cornell, a clinical professor at Cornell Law School, who focuses on labor law. “This shift will make it a lot easier for employers to push those individuals who have been on the fence or who have been opposed.”

Companies won’t have to worry about being sued, since it’s a government mandate and not one from the employer, she said. It could also help level the playing field for employers of hourly workers, many of which didn’t mandate vaccinations for fear that they could lose employees during a tight job market.

“Employees could still quit and go to a small company, so not to be vaccinated, but those are probably a small percentage,” Cornell said.

Those who don’t work for federal contractors and are afraid of the vaccine can choose weekly testing instead, but many people who are simply hesitant are more likely to get immunized, said Dorit Reiss, a professor at the University of California Hastings College of the Law who has studied vaccine mandates for nearly a decade.

“The testing is sufficiently burdensome that most of them would prefer just to be vaccinated,” she said.