"This is a chance for us to actually participate in helping to end the pandemic." 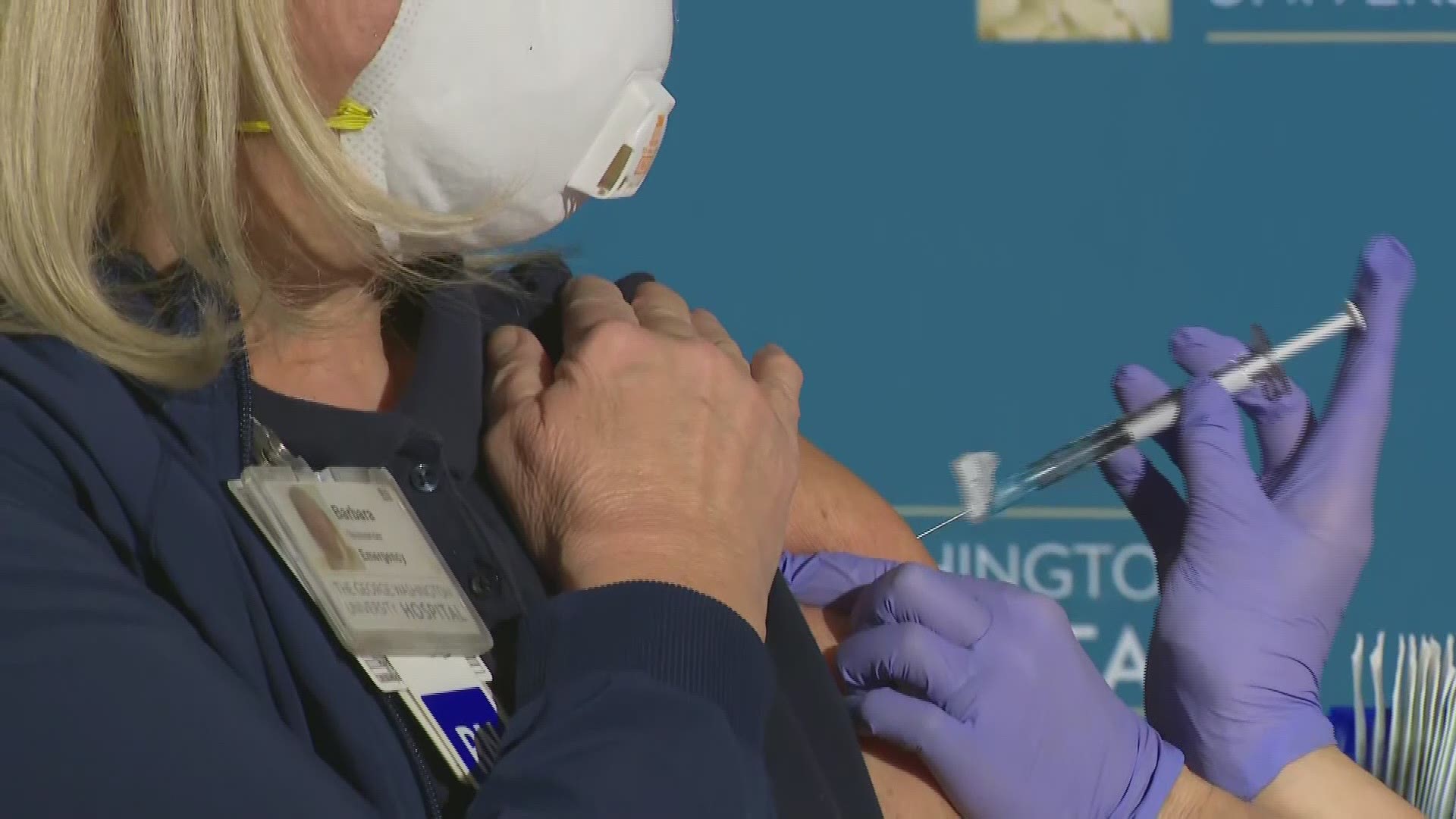 Earlier in the week, the company announced it would be enrolling approximately 6,750 pediatric participants in the U.S. and Canada ages 6 months to less than 12 years.

"This is a chance for us to actually participate in helping to end the pandemic," Newman said.

Smithers's daughter said she hates needles but is eager to help.

"I feel like it's really important," Smithers's daughter said. "Because if I do it, then it helps everybody in the world. And also because it also helps my safety.”

RELATED: 'My panxiety is very high at the moment' | Some high-risk DC neighbors still struggling to get vaccine

Newman said they researched the vaccine trial thoroughly and weighed the pros and cons.

"The vaccine has been highly effective, and it's already lowering the rate of infection and transmission. And it's also helping people have less severe reactions to COVID," she said. "I think that the benefits of being involved in something like this, and helping to ensure that there is a safe vaccine for kids outweigh the risks at this point, particularly for her and her age group."

Both she and Simone want to get back to school — as her 10-year-old describes having to stay at home all the time as "prison."

Newman said they received a call from the Richmond site, saying they would send her family a form in the next couple of weeks with all the details and consent form they would need to sign. Then, they could schedule the first appointment. They are still waiting on official confirmation that Simone has been selected.

15-year-old twins Jake and Drew Wesson have been participating in Moderna's clinical trial for teens in Minnesota for over a month. They just received their second dose on Wednesday.

"After my second shot, I think I got like the worst," Jake said. "I was just feeling really achy and tired and had chills for like, a while ... So I just felt like, really like I was getting sick. And just couldn't go to school or anything. I just like sat on the couch the entire day. But after Thursday, I was just feeling completely fine, just like went away completely."

Both brothers suffered soreness at the injection site, too, after both shots. And, they also share a fear of needles.

It's pretty historic like, I'm glad I'm a part of it," Drew said. "I was kind of hesitant at first just because I have such a big fear of needles. And then when I kind of got it done, I just felt like I was helping a ton of people. So, I'm pretty sure the pros outweigh the cons."

For their mom, Kristy, it was a no-brainer to let them participate.

“We're so fortunate to have healthy children that are able to do this," she said. "We all feel like it's part of our duty as a community to step up and do something for the greater good.”

She said she conducted her own research on the vaccine and trial and spoke with her sons' pediatricians before making the final decision, but all three said they would sign up again.

Now, Kristy is trying to get her 12-year-old into this next clinical trial phase.

"It wasn't something we took lightly," she said. "But at the same time, we were very excited to have the opportunity and just think that it's you know, it's such a gift and a privilege that we were able to have this opportunity."

The University of Maryland School of Medicine in Baltimore is currently signing up children to participate in their pediatric clinical trial.

Sign up for the Get Up DC newsletter: Your forecast. Your commute. Your news