The facility was created by the government after the H1N1 pandemic, so the U.S. would be ready to quickly manufacture vaccines in the event of another pandemic. 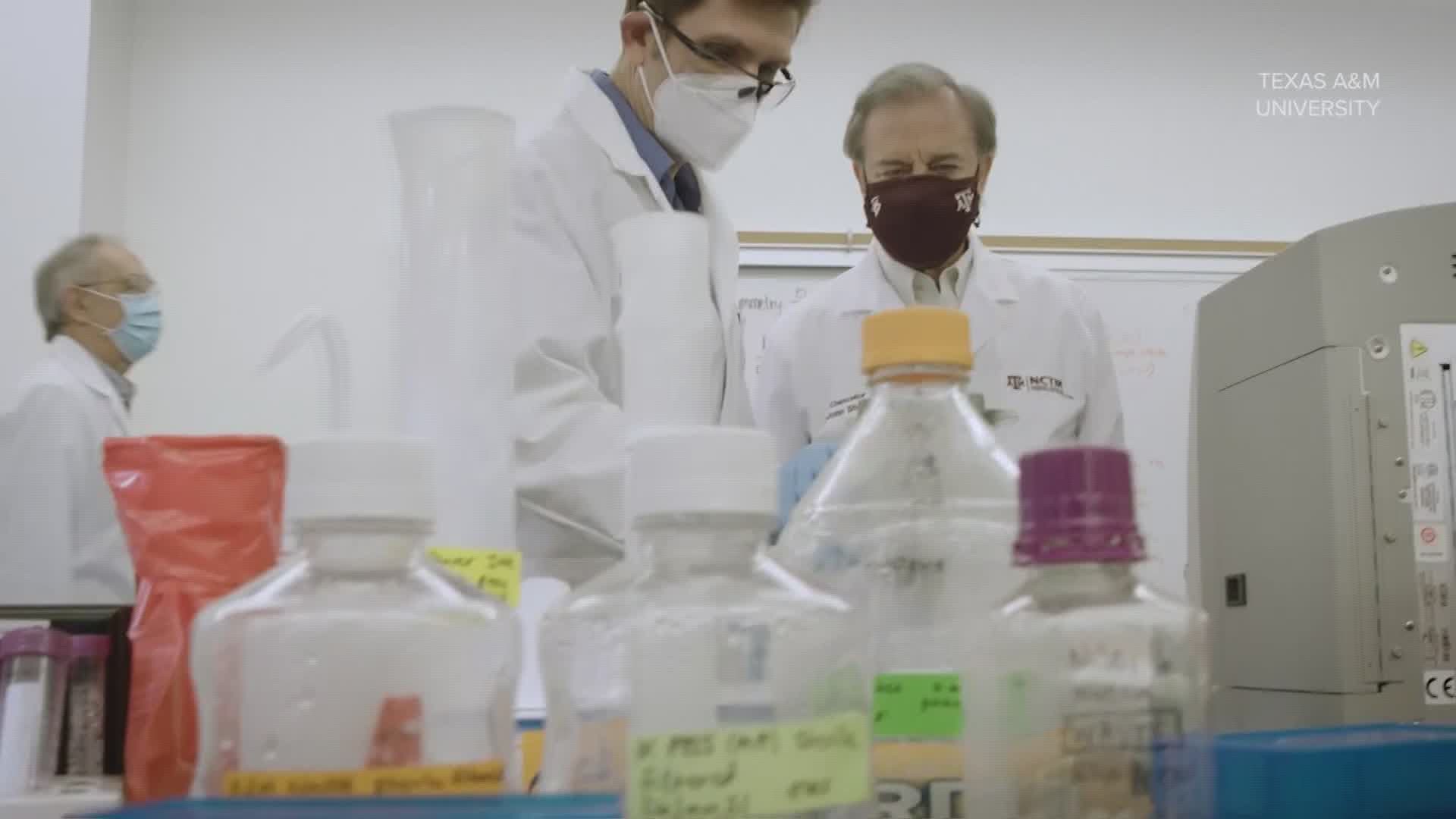 HOUSTON — Novavax could soon be the fourth COVID-19 vaccine to get emergency use authorization.

Earlier this week, President Joe Biden said Novavax coming online will allow the U.S. to share vaccines with the rest of the world.

The company said it will produce 100 million doses by the end of the year. A facility in College Station, Texas, will be part of the effort to rapidly manufacture the vaccine.

“We have the capability here of producing tens of millions of doses per month in this facility,” Dr. Jay Treat said.

Treat is the director of the bio-manufacturing center at Texas A&M, called CIADM, the Center for Innovation in Advanced Development and Manufacturing. It was created by the federal government in 2012 after the H1N1 influenza pandemic, so the United States would be ready to quickly mass manufacture vaccines in the event of another pandemic or biological attack.

FUJIFILM Diosynth Biotechnologies is now running the facility where the Novavax vaccine will be made.

“We were created just for what is going on right now,” said Jenny Ligon, who leads the team tasked with training the plant’s workforce.

Ligon said they began training workers in the summer of 2020.

“What we are doing right now is training people day in and day out pretty much non-stop to help them get online at FUJIFILM Diosynth Biotechnologies, and manufacture the Novavax vaccine when the government is ready for that to be mass-manufactured,” said Ligon, the NCTM assistant director of workforce development.

Clinical trials done in the U.K. show the two-dose vaccine is just as effective as Pfizer and Moderna. Novavax will release the results of its U.S. clinical trial when it files for emergency use authorization in the next few weeks.

More than 200 people have been trained at NCTM for a job in College Station that will have a global impact.

“Biomedical research – especially biomedical manufacturing – helps diversify the economy in the state of Texas,” Treat said. “We’re proving here that you can manufacture it right here in Texas.”