In the past five weeks, the Houston Health Department has seen flu-like illness reports jump from a little over 1 percent to 3.82 percent. 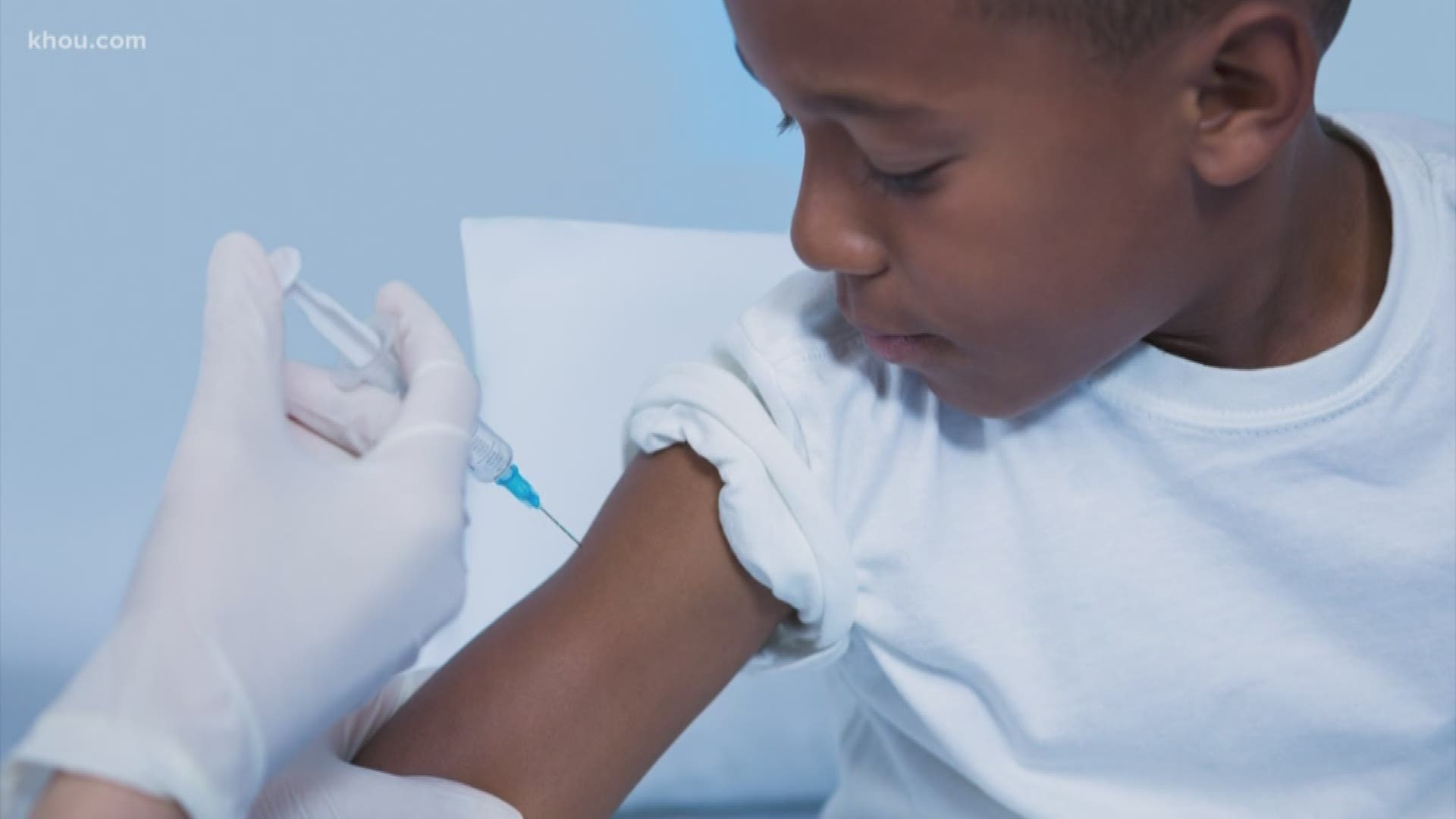 HOUSTON — The latest numbers from the Houston Health Department show a spike in reported influenza-like illnesses in the last five weeks.

In Week 42, which began Oct. 14, Houston Health Department reported about 1 percent of emergency center visits were due to flu-like symptoms. That percentage has jumped to 3.82 percent as of Week 47 (Nov. 17-Nov. 23).

Compared to the previous week, those visits increased 0.42 percent, showing a steep rise and flu cases in the last approximately 45 days.

"We always are going to see a fairly rapid increase in the number of flu cases because it is so contagious and spreads from one person to the next so easily,' said Dr. David Persse with the Houston Health Dept. "At this point, we have no reason to suspect that the flu vaccine is not a good match for the virus that’s going around."

There are a lot of myths, such as the flu shot can make you sick. Doctors say that is false, and in the past, the vaccine has been 70 percent effective.

RELATED: Flu shot is less effective on people who are overweight, researchers say

Dr. Sarah Goforth, D.O., a pediatrician with UTHealth/UTPhysicians-International said she has been seeing more kids coming in with severe symptoms in the last two weeks.

"Kids are coming in really sick – high fevers and a lot of cough that’s keeping them up at night," said Dr. Goforth. "The flu is a very tricky virus. It likes to change itself a little bit continuously."

Flu is not one of the conditions required to be reported to the health department, according to DSHS.

"There is no way to know how many cases of flu there are at any given time and location," press officer Lara Anton wrote in an e-mail. "Also, many people do not go to a doctor when they have the flu. Flu is generally known to be hugely under-reported for those reasons."

There has been one pediatric flu-related death reported, but "probably well over a thousand adult deaths related to the flu," according to DSHS.

Only pediatric flu-related deaths are required to be reported directly to the health department.

"Our most recent batch of death data was received on 11/20 and there were 508 flu-related deaths reported at that time. That data is from 9/29 through sometime in late October so the actual number of deaths at this point is much higher than that," Anton wrote.

According to HHD, the volume of flu tests received remained comparable to the previous week. Flu A activity accounts for 96 percents of the cumulative flu positives this season. Influenza A viruses are the only influenza viruses known to cause flu pandemics.

RELATED: Will my flu shot last all season?

“Although we can’t predict exactly when the inevitable spike in Houston cases will occur, we know it will indeed occur. That’s why everyone should take the important step of getting a flu shot now," Dr. David Persse, the Houston Health Authority said in October.

The Houston Health Department offers flu shots at its health centers to  uninsured and underinsured people on a sliding scale that ranges from free to  $15. To find the nearest health center, people can call 832-393-5427 or the City of Houston 311 Help and Info line. Health center locations and hours of  operation are also available at HoustonHealth.org.

In addition to vaccination, people can help stop the spread of the flu and other illness by: