The last time the FDA approved a drug for weight loss was 2014. 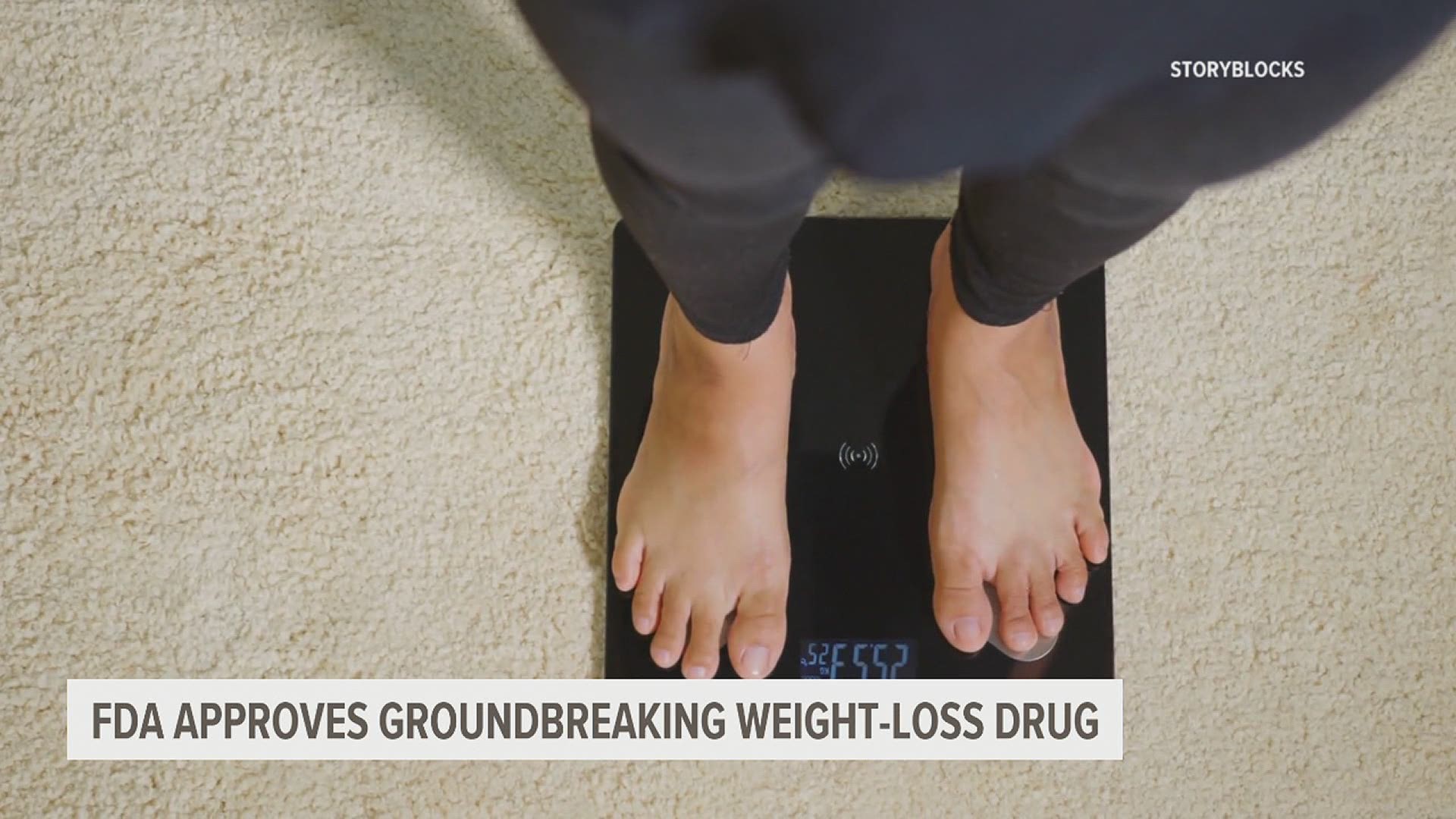 YORK, Pa. — Experts say a new FDA-approved diabetes drug for long-term weight management has the potential to triple weight loss in obese patients. FOX43 looked into how it works and why it could be a game changer.

"It’s an enormous problem and it’s a preventable problem,” Dr. David Geier said about obesity. "For the first time ever, last year, over 40% of the population of America reached clinically obese, and about 71% of adults are overweight. The health issue leads to heart disease, stroke, and some types of cancer. It’s also associated with poor mental health and reduced quality of life."

The last time the FDA approved a drug for weight loss was 2014. But now, there's Wegovy by NOVA.

The first-of-its-kind, once-a-week injectable diabetes drug was seen in studies to help people lose up to 12% of their body weight over about a year and a half. Some patients lost as much as 20% over the 68-week period.

So, how does it work?

“It seems to decrease appetite but it also works on the production of hormones and insulin, so it sort of has a combined effect,” Dr. Geier said. He also said he expects non-diabetics to be able to take the drug as well, but urges this advice: as with any new medication, make sure you are closely monitored by a doctor.

"It has a number of side effects, some mild like nausea and increased heart rate and diarrhea and things like that, but also pancreas inflammation and gallstones and increased risks of suicide," he said.

Wegovy should not be used in patients with a family history of certain types of thyroid cancer or in combination with Type 2 diabetes drugs. It’s also a drug that patients may have to take the rest of their lives.

For more information on the FDA approval, click here.