There are a variety of vaping devices that have been disguised to look like smartwatches, hoodies, backpacks, and more. 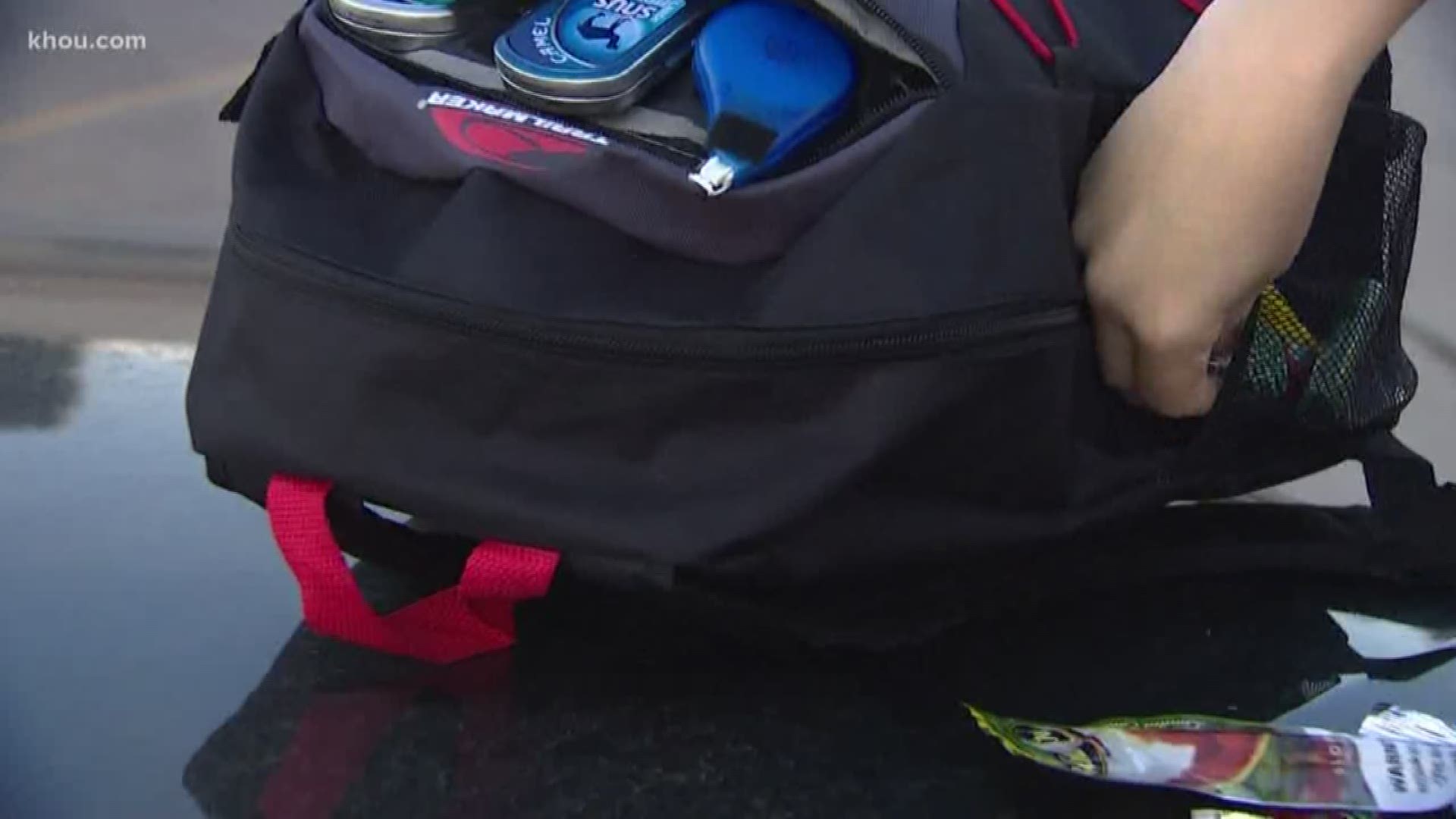 Manufacturers of vaping devices don’t stop there: there are hoodies, watches, backpacks, even inhalers – concealed to look and function like other everyday items – enabling people and kids to vape nicotine or even THC in plain sight.

”They literally created it to look like everyday products so it’s inconspicuous,” said Lauren Ibekwe, coordinator at the Fort Bend Council Prevention Coalition. “Whatever vaping device – if you make it look cool, kids are going to keep using it because they get addicted quick.”

CAN YOU SPOT A HIDDEN VAPE? TAKE THE QUIZ HERE

The FBCPC sends its staff to schools to teach kids and teachers about the dangers of substance abuse.

RELATED: Kroger, Walgreens to stop selling e-cigarettes in US

“It’s epidemic here also,” said Bob Conlon, director of prevention programs at the Fort Bend Regional Council. “We’re no different from anybody else. It’s incumbent on us to try to help those kids make good choices.”

Conlon said school administrators have started reaching out to the Council, noting that vaping in schools has risen to a “significant level.”

“Lots of kids are participating in this, and we’re not sure what to do to address it,” Conlon said of administrators asking him for advice. “Just punishing them is not sufficient.”

Teachers and students report vaping is common in bathrooms, and even in classrooms when the teacher’s back is turned, with clouds of vapor disappearing in seconds with minimal odors. Students say they worry about being viewed as a snitch, tattletale or "narc" for reporting another student in the moment.

As teachers and parents catch on to popular brand names of devices, such as JUUL, students try to find other ways to avoid getting caught.

”A lot of people are behind the curve. They want to know and they’re actively trying,” said Ibekwe.

The FBCPC uses its “Big Tobacco Backpack,” which has a variety of tobacco and nicotine products that look like other kid-friendly items, to show parents and teachers how similar some products are to benign school supplies.

KHOU used that backpack to put parents to the test, asking them to identify the six vaping-related items in the backpack, mixed in with other harmless items.

CAN YOU SPOT A HIDDEN VAPE? TAKE THE QUIZ HERE

"I’m a concerned parent and I want to know what’s out there,” said Stephanie Adams, a parent who participated in our exercise.

She got three out of six correct, but missed three others.

“It just bothered me because I have kids and it’s scary and I don’t want them to try these things because of course no parent wants their kids to get hurt or harm themselves,” said Adams. “Having all these thing accessible to them is scary because they can make these decisions with their friends or outside of it and parents might never know.”

Ibekwe likened these hidden items to flasks, used to sneak alcohol into places it would not otherwise be allowed.

”The threat of it is that it’s cool enough – it’s enticing enough to both an adult and a child, so that doesn’t incentivize for people to take it off the market,” said Ibekwe. “A lot of people don’t know what to do, and that’s why we recommend not just knowing how to identify these products, but also talking to your young folks before they even start.”

Those conversations can be tough, especially with resistant teens.

“It’s more important that you listen than that you talk as a parent,” said Conlon. “If you can listen, eventually you’ll get kids to share with you what their struggles are.”