Texas leads a Republican coalition in the fight to get rid of ACA. 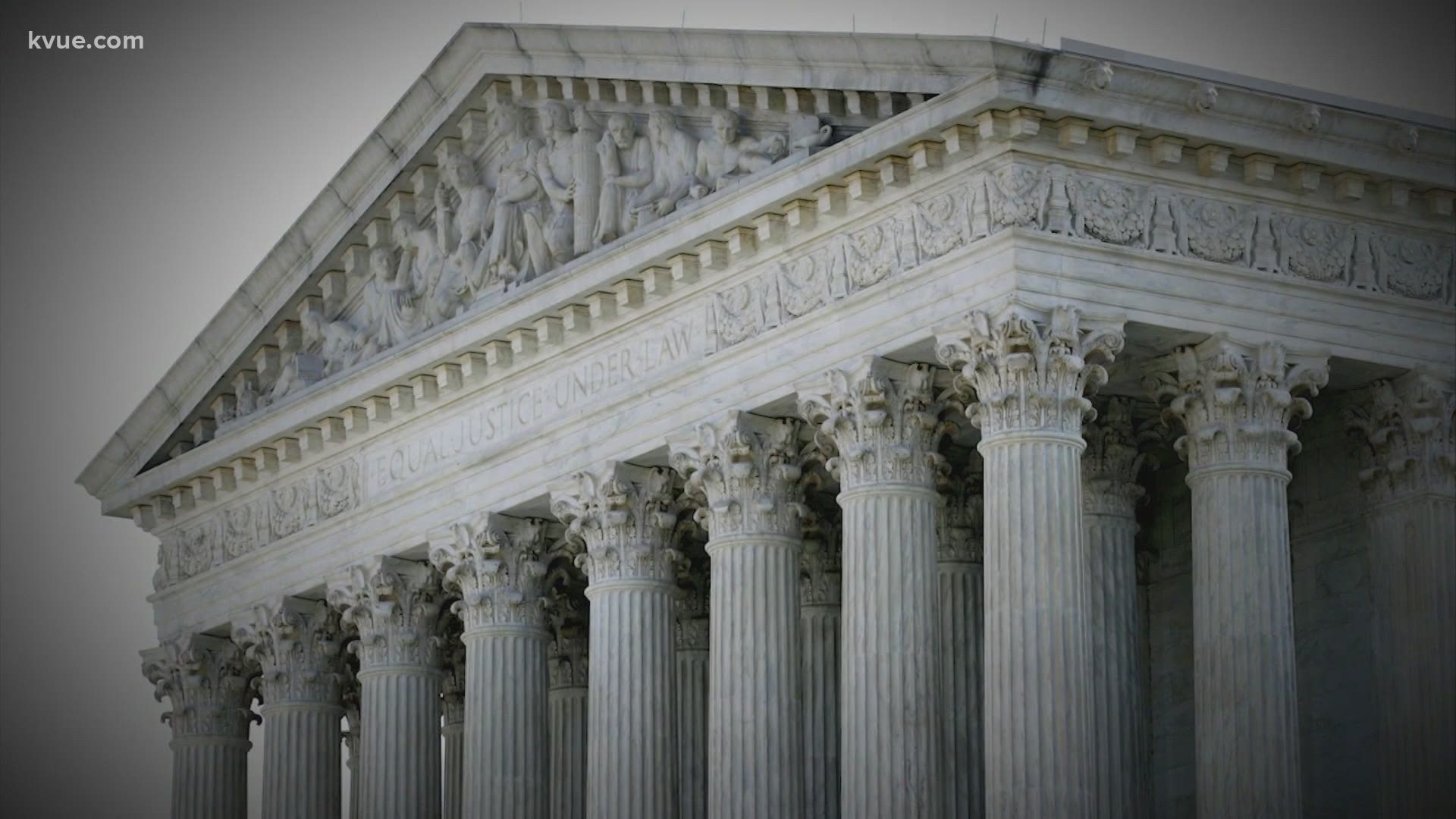 AUSTIN, Texas — Health care coverage is on the line for millions of Americans.

The United States Supreme Court is hearing arguments to strike down the Affordable Care Act, a case that's led by Texas.

The Centers for Medicare and Medicaid Services estimates about a million Texans have coverage under the ACA. But the Texas Medical Association says 5,003,000 Texans have no health insurance at all, the most in the nation.

Earlier on Tuesday, President-Elect Joe Biden said striking down the Affordable Care Act would be "cruel."

"This argument will determine whether the health care coverage of more than 20 million Americans accrued under the Affordable Care Act will be ripped away in the middle of the nation's worst pandemic in a century," said President-Elect Biden.

University of Texas professor of health law Liz Seppers said a lot is riding on the Supreme Court decision.

"The entire health care system is hanging in the balance. There's not a single corner of insurance or health care, whether it's hospitals or clinics, that hasn't changed as a result of the Affordable Care Act most immediately," Seppers said.

Not only would the million or so Texans who signed up for health insurance due to ACA lose coverage, but she also said the rest of us would lose protections the law established.

Most of us think of heart disease and diabetes as pre-existing conditions. But Seppers said they also include pregnancy or even being capable of becoming pregnant, and having had an EKG.

Texas has long said the Affordable Care Act is unconstitutional and should be struck down. Its argument revolves around the individual mandate, a penalty you once had to pay for not buying insurance. Congress changed the penalty to $0 in 2017, essentially wiping out its impact.

Texas argues that since the mandate is $0, it can't be a tax and is therefore unconstitutional.

Seppers said, "It's a bad argument."

"It is plainly unlawful for the federal government to order private citizens to purchase subpar insurance that they don’t want. Under Obamacare, Texans faced higher costs, fewer choices and a power imbalance between the people and their government. The Framers’ constitutional design leaves it to the states to identify and implement the best health care system for their citizens, particularly those with preexisting conditions. Today, Texas seeks to preserve that federalism. It’s time to end Obamacare’s one-size-fits-all approach and let the states do what works for them."

Seppers also said the ACA plays a crucial role during the COVID-19 pandemic.

Seppers predicted the Supreme Court will hand down a 5-4 or 6-3 decision in favor of keeping the law intact, but said she is a little worried because there is a chance it could go the other way.

The Supreme Court is expected to hand down a decision in June.