Ricardo Ibarra said four of their cars were vandalized 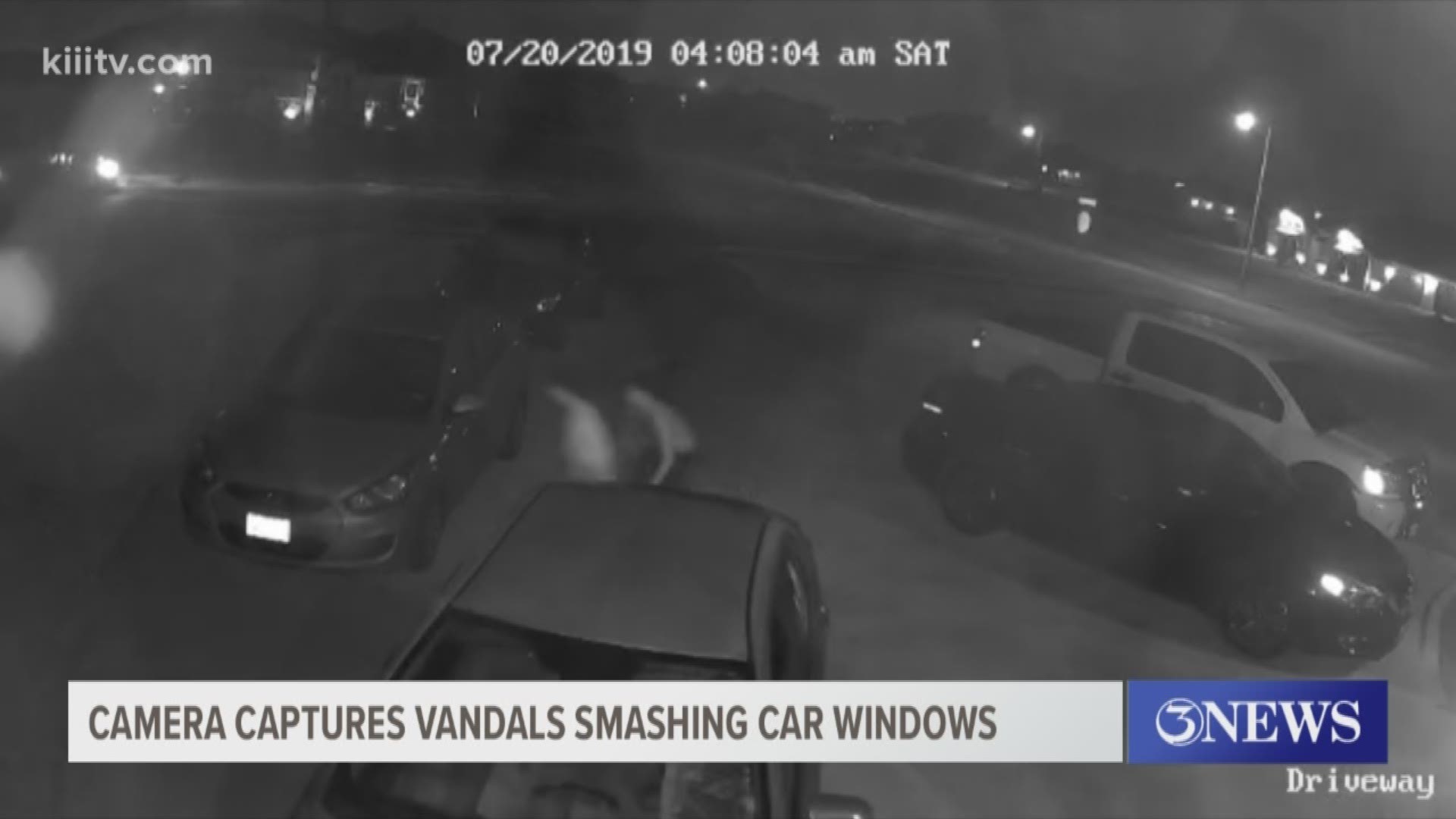 CORPUS CHRISTI, Texas — A Corpus Christi homeowner wants other to be on high alert after all four of his cars were damaged early, Saturday morning.

Ricardo Ibarra lives in the 5900th block of South Oso Parkway. He woke up on Saturday morning to find the windshields of his family's cars were smashed. He instantly check surveillance footage and sure enough, the whole incident was caught on camera.

"These kids are someone's children and I believe that the parents would be very upset that their children are out there doing these things to other people's property," he said.

The surveillance footage shows two men running up to Ibarra's driveway and jumping on the cars. Then, the two men stomp onto the cars' windshields and run to a parked car.

Ibarra called police to file a report. He said it's especially frustrating because his teens cars were also damaged.

"It's extremely frustrating, we value our property we work very hard for it. For someone to come in and ruin those things that they've worked so very hard for is very upsetting to me," Ibarra said.

Now, Ibarra wants to get the word out about this brazen act. He said he hopes the suspects are caught and this doesn't happen to anyone else.

If you have any information about this or recognize the men in the video, you are asked to call the Corpus Christi Police Department at (361) 826-2600.