Human skull found on Hog Island determined to be 'ancient remains,' will be given to historic society or museum

The human remains were found by a fisherman on the island on August 3. 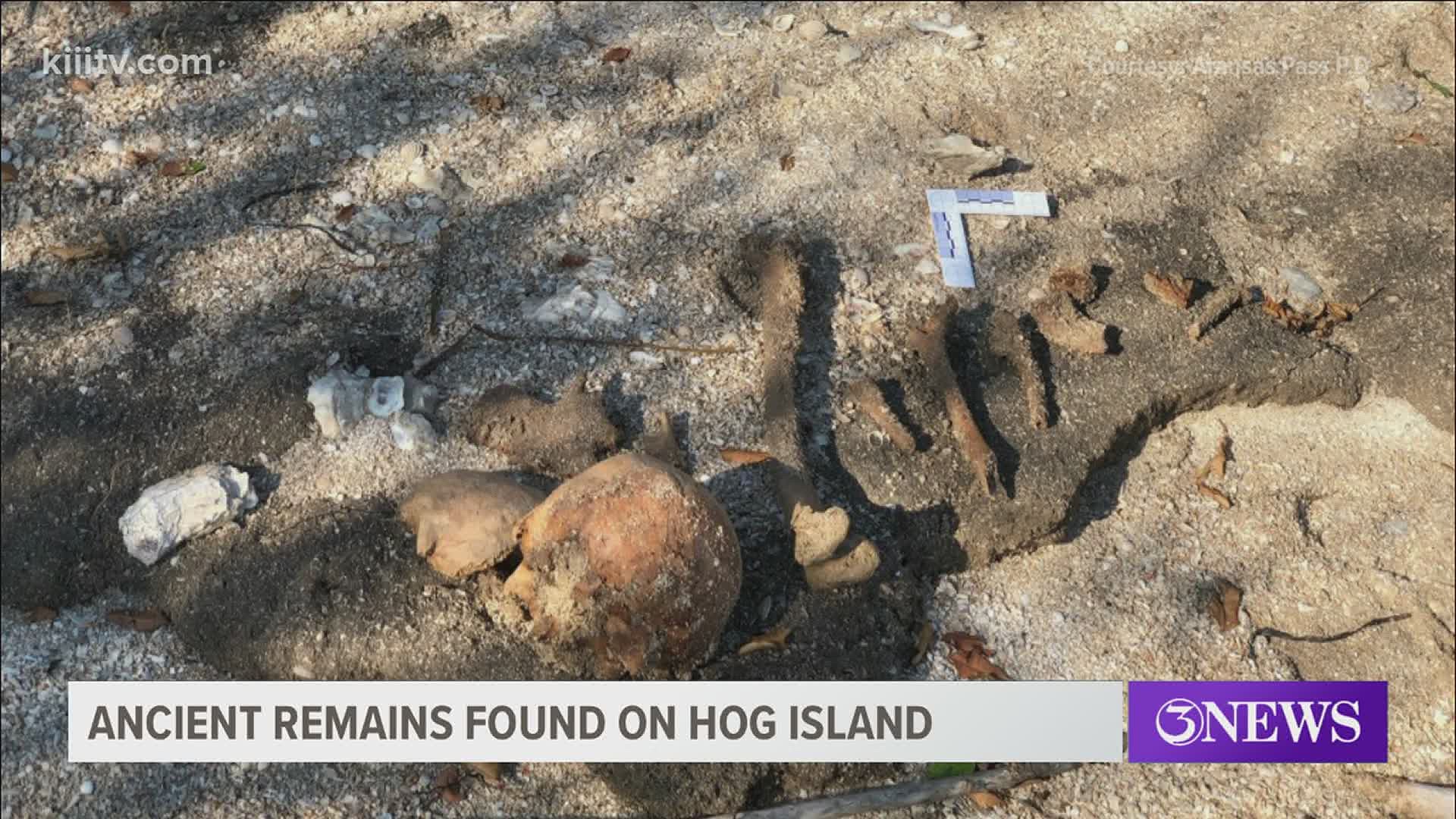 ARANSAS PASS, Texas — The human skull and other bones found by a fisherman on Hog Island near Aransas Pass last week have been identified as "ancient remains," according to the Nueces County Medical Examiner's Office.

Texas Rangers and the Medical Examiner were called to the island on August 3. They were able to confirm the remains were human and secured the site for investigation.

Officials say it is not uncommon to find ancient remains in this area of South Texas. The remains will be given to a historic society or museum. Officials have not released the exact agency that will be given the remains.