Power has been restored to residents in Falfurrias 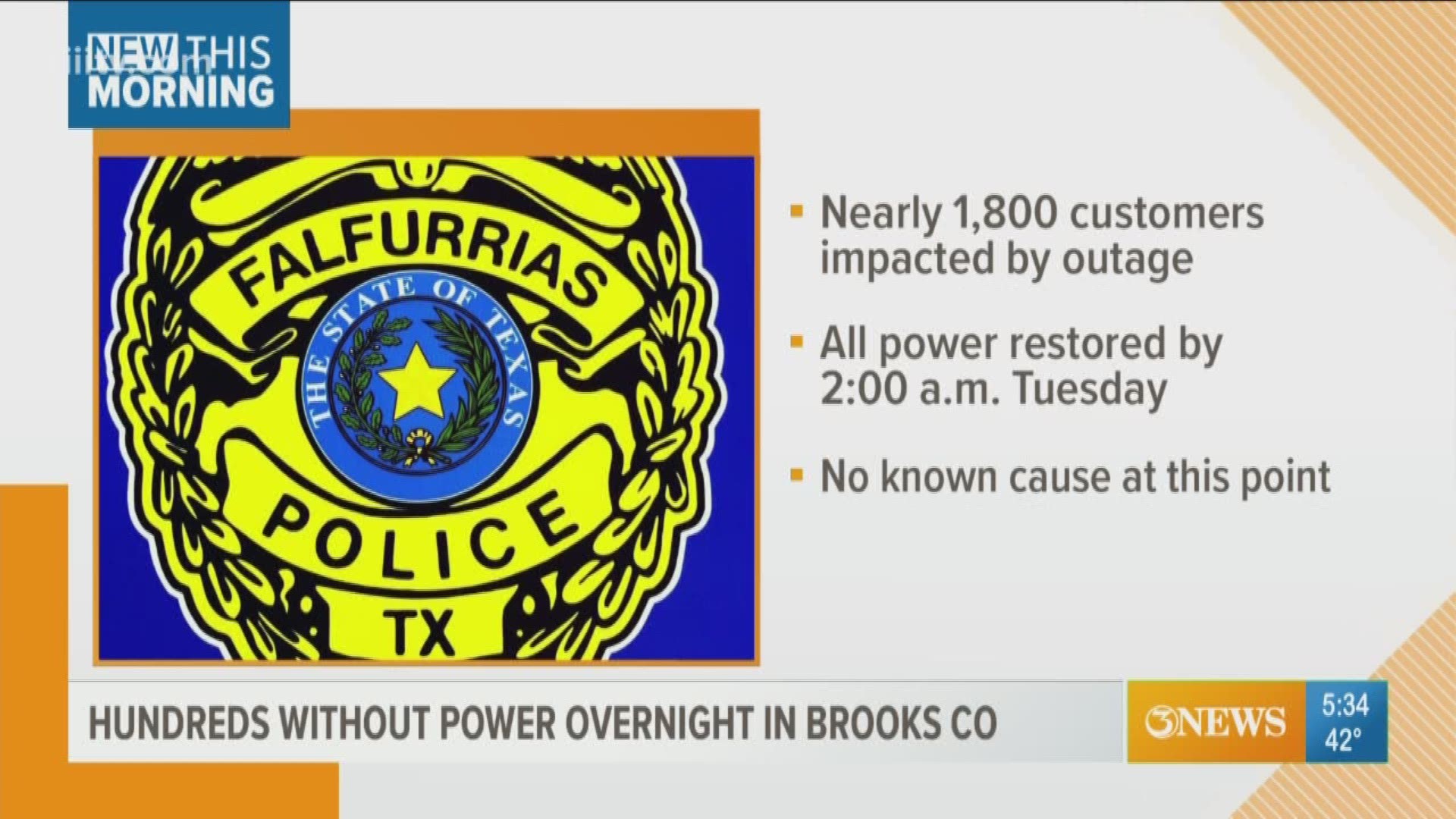 FALFURRIAS, Texas — UPDATE: Power was restored to residents around 2:00 a.m. Tuesday. A cause of the outage has not been released.

American Electric Power of Texas (AEP) is reporting a major power outage in Brooks County late Monday night. An estimated 1,800 customers are in the dark following the outage.

According to a post on Facebook from the Falfurrias Police Department, several neighborhoods are without power. The police department says they have contacted the power company and were told the lights should be turned on anytime between 11:00 p.m. Monday and 3:00 a.m. Tuesday morning.

There is no known cause of the outage at this time. Residents reported some businesses in the town of Falfurrias being open late Monday night.