16-year-old, Jazlynn Saldivar was found in Weslaco and is in custody of law enforcement. 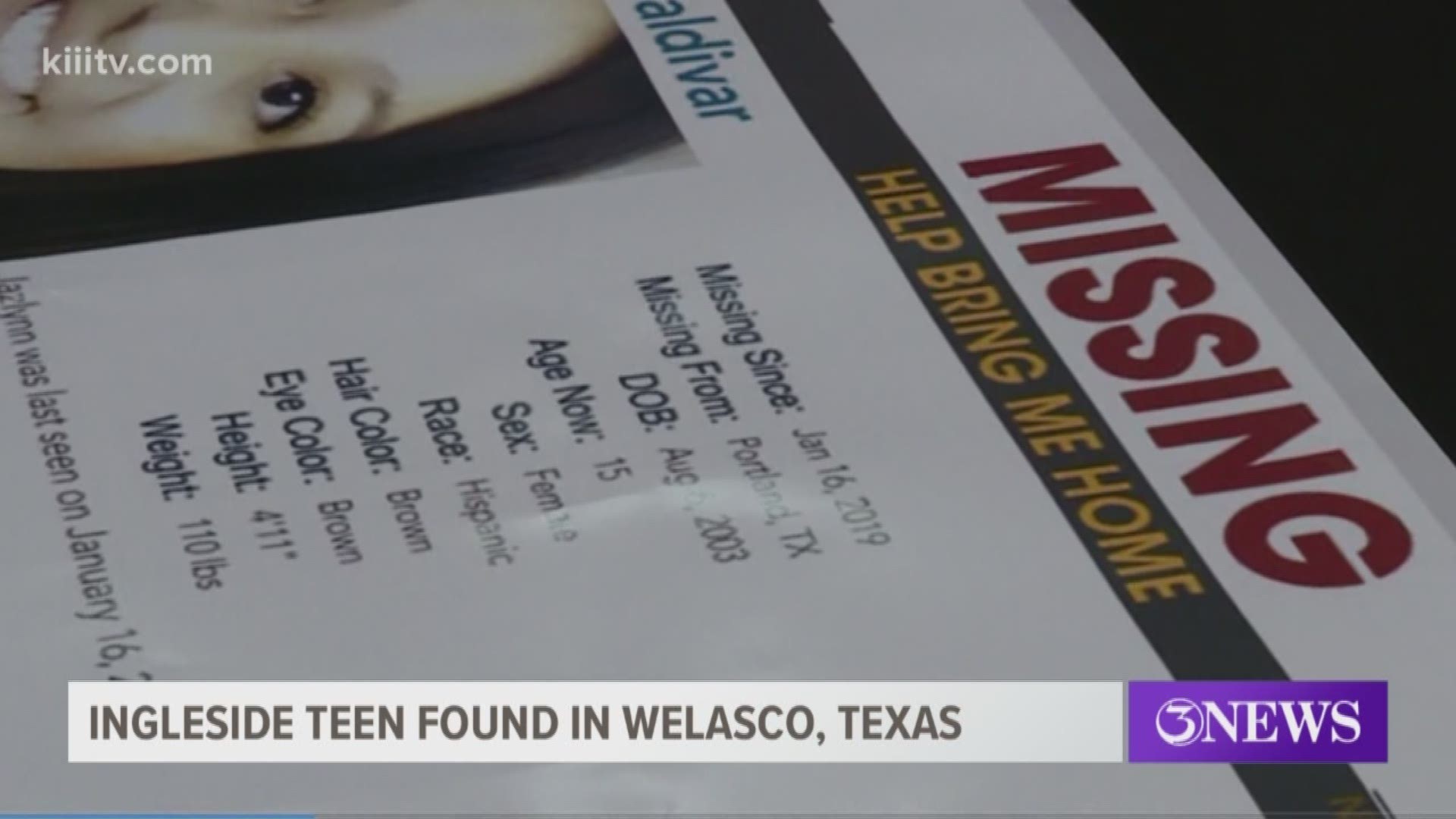 "I told you we would find her—-and WE DID!!! Jazlynn Saldivar has been located in Weslaco and is in the custody of law enforcement. More information will be released on Monday. Thank you!"

Jazlynn Marie Saldivar had been missing for seven months back on August sixth. She went missing in Ingleside, Texas, and there was still been no trace of the missing teen.

Saldivar should have been celebrating her 16th birthday Tuesday with family and friends, but instead, the day was a reminder of the anguish her family is going through as they desperately search for answers about their missing loved one.

"Today I want to send a message to all of you out there who may know something and have not told us," Ingleside Police Chief Tammy Burr said. "Let there be no mistake. We will find Jazlynn Saldivar."

A missing person flyer greets patrons walking into the Ingleside Police Department. The teen hasn't been seen or heard from since she was reported missing on Jan. 18 by her mother.

"An unconfirmed sighting of Jazlynn was reported with some of her friends at the Super Walmart in Portland on that Friday as well," Burr said. "Last seen with her friends in a grey Volkswagen Jetta."

Burr said Saldivar's disappearance remains a very open and active investigation, stressing that there is cause for concern.

"Because a child at that age just doesn't drop off and no communication with anybody," Burr said. "Friends, boyfriend, mother, sister she was close with. Those were people she regularly communicated with."

It has been almost seven months and there have still been no sightings or communication.

The Ingleside Police Department continues to work alongside Texas Rangers, the Department of Homeland Security and resources like Texas Equusearch and the National Center for Missing and Exploited Children, with a goal of bringing Saldivar home.

"Today I am giving you a choice. You can be a witness, a suspect, or you can be a defendant when we get to the bottom of this case," Burr said. "Our goal today is to find Jazlynn Saldivar and bring her home to her family."

If you have any information that can help police locate Jazlynn Saldivar, call the Ingleside Police Department at 361-776-2531.