The Texas company was fined for violations at construction sites in 2017 and 2013. 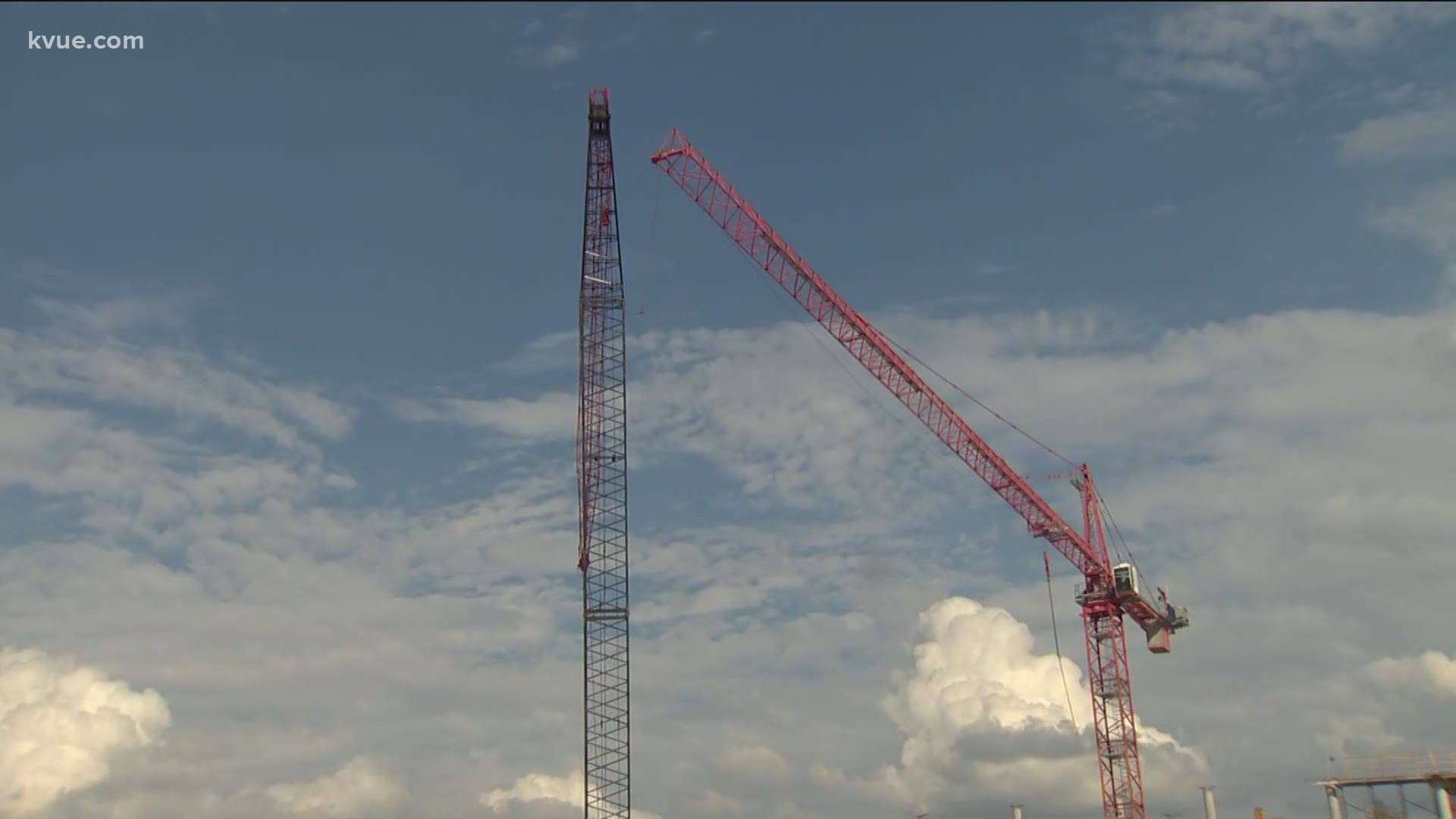 AUSTIN, Texas — Cadence McShane, the Addison, Texas-based construction company involved in a crane collision at the Mueller development in Austin, has some violations on record.

According to the U.S. Department of Labor, the company has at least two Occupational Safety and Health Administration (OSHA) violations. One was reported in 2017 and another in 2013, resulting in fines of several thousand dollars. Both cases have been settled and closed.

OSHA is a division of the U.S. Department of Labor. A spokesperson confirmed that the company will be part of its investigation.

Since 2016, there have been five OSHA inspections on Cadence McShane sites in Central Texas. Only one of those, a site in San Antonio, resulted in a health and safety violation.

A news release dated Dec. 23, 2019, announced that the company was constructing a new, six-story office building and parking garage in the Mueller development area. The project was called the "Alpha Building," but a sign at the site stated "Bravo."

Sources close to the project have confirmed to KVUE this is the Alpha construction site.

Shorenstein Properties LLC is the lead developer for the project, and Catellus is serving as the development manager for the building. It is the first of three development sites with capacity for a total of four office buildings and more than 795,000 square feet of office space. It was planned to be completed by the first quarter of 2021.

At this time, it not clear if a Cadence McShane employee was operating the crane at the time of the collision.

At least 22 workers were injured in the collision and entanglement Wednesday morning. A total of 16 were taken to the hospital.