Things quickly escalated after deputies were called to an apartment complex where a suspected domestic violence incident was unfolding. 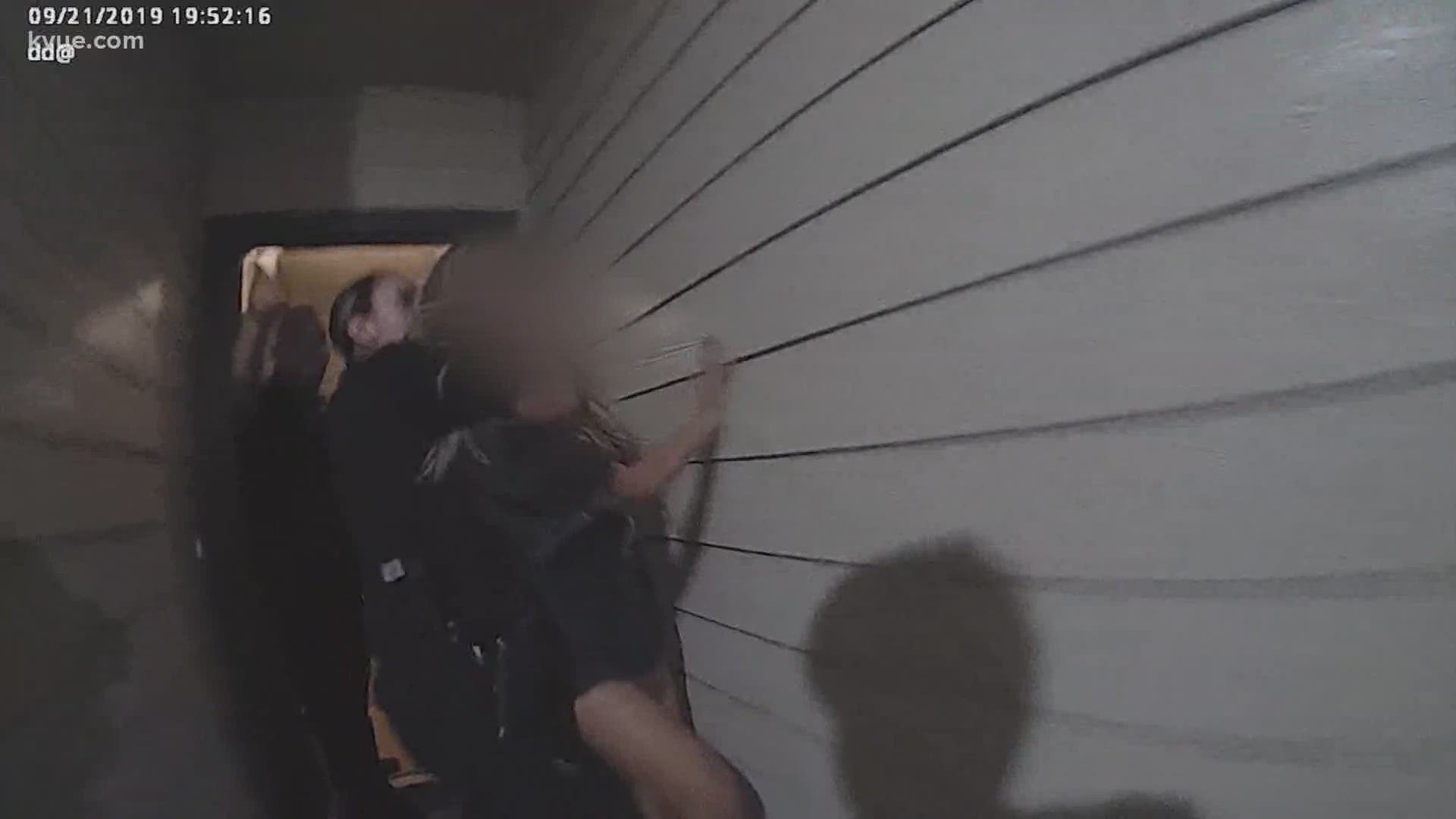 The unprovoked force in September 2019 came after the woman said she did not want deputies to search her suburban apartment for her boyfriend, who she reported had left the property.

The woman repeatedly told deputies she was safe and unharmed, although a deputy noticed marks on her neck.

The incident, which is being investigated by the Texas Rangers and the Williamson County District Attorney’s Office, was captured on body camera footage recently obtained by the KVUE Defenders.

During a brief burst of violence, Deputy Lorenzo Hernandez grabbed the woman within seconds after she opened her apartment door and hesitated for deputies to come inside.

She was thrown to the ground and handcuffed, but was not suspected of a crime and had not physically resisted deputies, the footage shows.

Law enforcement and domestic violence experts say they are troubled by what happened. The woman involved in the incident declined to be interviewed. KVUE is not naming her at her family’s request.

Sheriff’s officials told KVUE that internal affairs investigated Hernandez and that he was suspended for a day and removed from being a field training officer. He also was ordered to receive additional training.

“Deputy Hernandez’s handling of the incident was not in keeping with the high standards of the sheriff’s office,” the agency said in a statement. “His failure to de-escalate the incident is unacceptable.”

Sheriff’s officials said they welcome the outside review of the incident, which is being conducted by the Texas Rangers and Williamson County prosecutors.

The incident is the latest involving the Williamson County Sheriff’s Office to be revealed by the KVUE Defenders and the Austin American-Statesman, which in June first reported on the details in the death of Javier Ambler.

Ambler died after deputies began chasing him for not dimming his headlights. They used Tasers on him four times after he crashed his car, and Ambler died moments later.

How it started: A report of domestic violence

On the evening of Sept. 21, 2019, Deputy Amanda Pereira was the first deputy to contact the woman after responding to a 911 call from a neighbor.

Pereira, who graduated from the department’s training academy three months earlier, knocked on the woman’s door. She assured her that she only wanted to know that she wasn’t hurt.

Periera asked her to explain what happened, questioned her about fresh neck injuries and scribbled her name and birthdate in a notepad.

“I don’t know where he is,” she told Pereira. “He left. We got into an argument. That’s it. Nothing physical.”

Later, a different deputy arrived on the scene.

“She doesn’t want to be cooperative,” Pereira said to Hernandez as he arrived on the scene and rushed past her, racing toward the apartment door.

“So, we need to see who else is inside your apartment,” Pereira told the woman as she answered.

“No, y’all really don’t,” the woman replied, holding up her hand.

“Let go of the door or I’m going to Tase you!” Hernandez yelled.

Deputy David Dickerson arrived and dashed up the stairs. His body camera captured Pereira with her arm around the woman’s neck as he began reaching for the 20-year-old’s hands to help cuff her.

Following a 30-second scuffle, the three deputies handcuffed the woman, who fell to the ground.

“Oh my gosh, y’all are psycho!” the woman yelled.

“Quit running your mouth and calm down,” Hernandez yelled. “Shut your mouth and quit talking. Regardless of whether you want to cooperate, we are going to do what we need to do.”

The woman remained in handcuffs for several minutes while Hernandez and another deputy searched the apartment and did not find the boyfriend.

Then they led the woman back inside, where she was admonished for not cooperating.

“Understand the circumstances y’all put yourselves in, and you make us have to deal with those issues,” Hernandez told the woman after deputies unlatched her handcuffs.

Legal experts generally agree that deputies had a duty to search the woman’s apartment to ensure that she was not in continued danger. Not doing so could have placed the department in liability had they left and she was hurt by the boyfriend.

But experts said they are troubled by other aspects of the encounter.

They sent only one officer to talk to the alleged victim. The deputy fired off questions instead of building a rapport.

He was troubled that deputies did not explain the importance of searching her home prior to Hernandez using force.

Williams said the deputies could have also complicated an investigation had they found and arrested the assailant. Investigators may have had difficulty determining which wounds were from that attacker or Hernandez.

Nikhita Ved, senior director of legal services for the SAFE Alliance, a nonprofit that helps domestic violence victims, said many survivors have been in relationships in which power and control were exerted over them. Survivors would benefit from law enforcement having a calm conversation – not carrying on familiar parts of their abusive relationship, she said.

“A conversation has a lot of power,” Ved said. “Treating them like they are a survivor and not someone who can assist in an investigation can go a long way.”

Payroll tax deferral takes effect Tuesday: What it means for your check