Increasing lines at the border leading to frustration, violence

Mexican authorities are cracking down on drivers coming into the U.S. who cut in long lines at the border, threatening hefty fines and vehicle impoundment 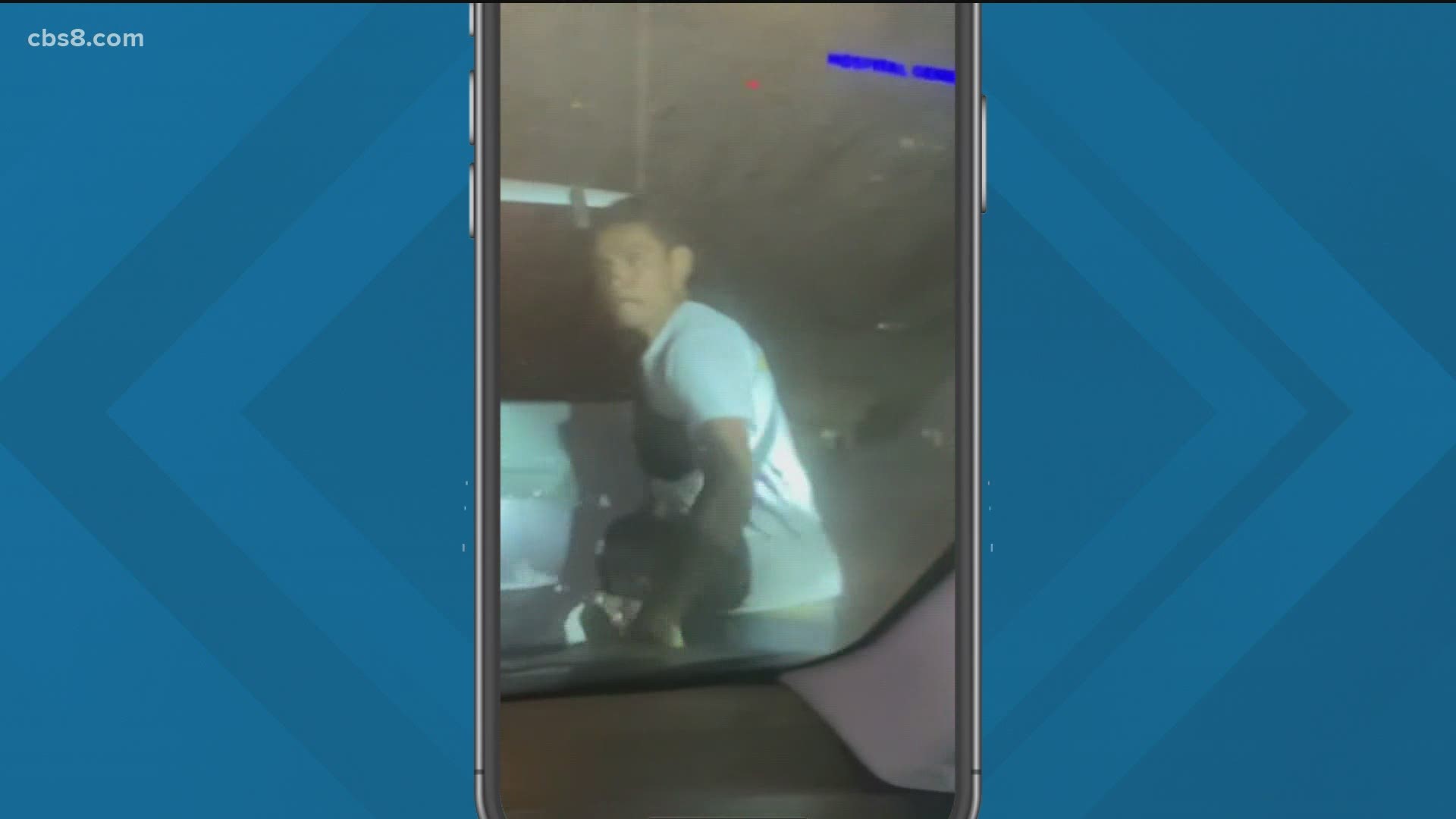 SAN DIEGO — As we are beginning to emerge from the pandemic, more people are driving across the border into the United States to head to work, creating frustratingly longer wait times and, in certain cases, some dangerous situations when drivers don't want to wait

They're known as "gulls," helping drivers jump the long line into the United States: and now, there are serious consequences for them and the drivers who pay them.

Tijuana resident Erika Marquez is one of tens of thousands of drivers who make the trek across the border from Tijuana into San Diego every day.

Customarily getting up three to four hours early every morning to make it to her retail job in the U.S., Marquez now documents on video each of her crossings through the social media platform TikTok, using the handle Erika_Lizbeth_

So far, she has built a dedicated following of 7,500 followers and growing.

"I'm just going to show what I do on a daily basis, which is, I cross the border every day," Marquez told News 8. "And this is what people go through."

Getting across over the past month or so is taking longer, she said, as more people are returning to work in person.

For Marquez, her longest wait in the supposedly-expedited "Ready Lane" has been nearly four hours. For those in general traffic lane, it can be far longer..

With those increasing wait times come rising levels of frustration, and more drivers looking for a way to cut the line: another phenomenon that Marquez has captured through her Tik Tok videos.

They're called "gaviotas" or "gulls," who  -  for a small fee - will swoop in and physically block traffic to create a spot for a driver who has clearly not been waiting hours to cross.

"That's been going on more than usual," Marquez said. "Because of what's going on and the long wait times."

In some instances, it is also becoming more violent.

One driver resisted one gull's attempt to hold her car back to let another driver cut, which led to the man smashing a rock into her windshield.

Mexican authorities later arrested the man, who also allegedly had dozens of packets of crystal meth on him.

"They're getting down to business, I guess you could say," Marquez added.

Mexican authorities say they are cracking down not just on these "gulls" but also the drivers themselves who are cutting in line, promising hefty fines and even threatening to impound their vehicles.

News 8 reached out to U.S. Customs & Border Protection for comment on the increasingly long lines at the border. This is their response, from a CBP spokesperson:

The CDC Title 42 order remains in place restricting non-essential travel to the U.S.

CBP is seeing lengthy wait times at some ports of entry due to an increase in U.S. citizens and legal permanent residents traveling to Mexico and back, in addition to an increase in encounters with noncitizens lacking valid entry documents.

To address this, CBP is repositioning resources that would otherwise be dedicated to critical passenger and cargo processing, to help ensure those restrictions are followed, leading to increased wait times for the travelling public.

This includes positioning CBP officers at the U.S./Mexico boundary line.

Securing the border while safely facilitating legitimate trade and travel into the U.S. remains our top priority and we continue to adjust operations accordingly.