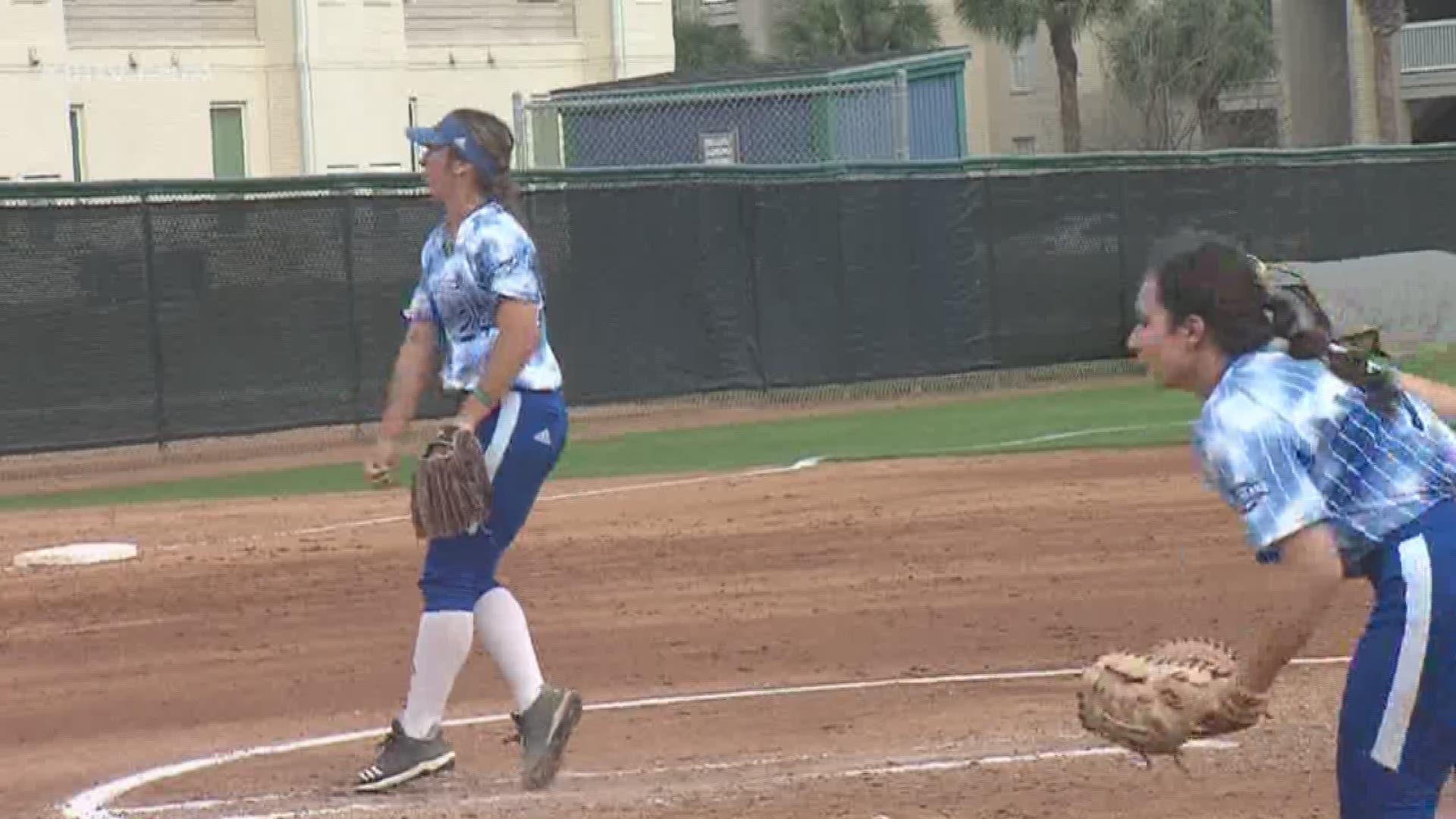 CORPUS CHRISTI, Texas — Story Headlines
- The Texas A&M University-Corpus Christi softball team split a Friday doubleheader with Houston Baptist at Chapman Field on Friday on the opening day of Southland Conference play.
- The Islanders won the first game, 3-2, but lost the second game to the Huskies, 3-0.
- Texas A&M-Corpus Christi is now 4-19 on the year while HBU moves to 10-7. Both teams are 1-1 in conference play.

Game One Islander Statistics
- The Islanders scored three runs on six hits with two errors. Houston Baptist had two runs on six hits with no errors.
- Kandace Johnson threw a complete game, allowing two runs on six hits. She struck out four and walked just one. She put HBU down in order in the first.
- Ashley Moss led off the first with a single and promptly stole second. After an Alyson Silvas walk, Whitney Wendelsingled to left to drive in Moss for the game's first run. Kennedy Johnson hit a double to deep left to drive in two more runs to give the Islanders a 3-0 lead.
- Kennedy Johnson's RBI was her second of the season . She went 2-for-3 with a pair of RBIs.
- Keagan Helson went -for-1 with a walk.
- Moss was 1-for-3 with a run scored. She also stole her fourth base of the year.

Game Two Islander Statistics
- Texas A&M-Corpus Christi got a complete game performance from Alexis Ruel in the circle. She threw 7.0 innings, allowing three runs on nine hits. She struck out two and didn't issue a walk. She set the Huskies down in order in the first, fourth and fifth innings.
- HBU scored once in the second and added two more in the third.
- The Islanders got three hits in the second game, singles from Moss, Emiy Vela and Ashleigh Sgambelluri.
- Emilee Baker was hit by a pitch while Kennedy Johnson and Samantha Burke each reached on walks.

Up Next
- A&M-Corpus Christi will finish the three-game set with the Huskies on Saturday, March 9, at noon at Chapman Field.Fans can purchase Tickets and watch the games live on the Islanders Digital Network, powered by AEP Texas. There will also be Live Stats available.