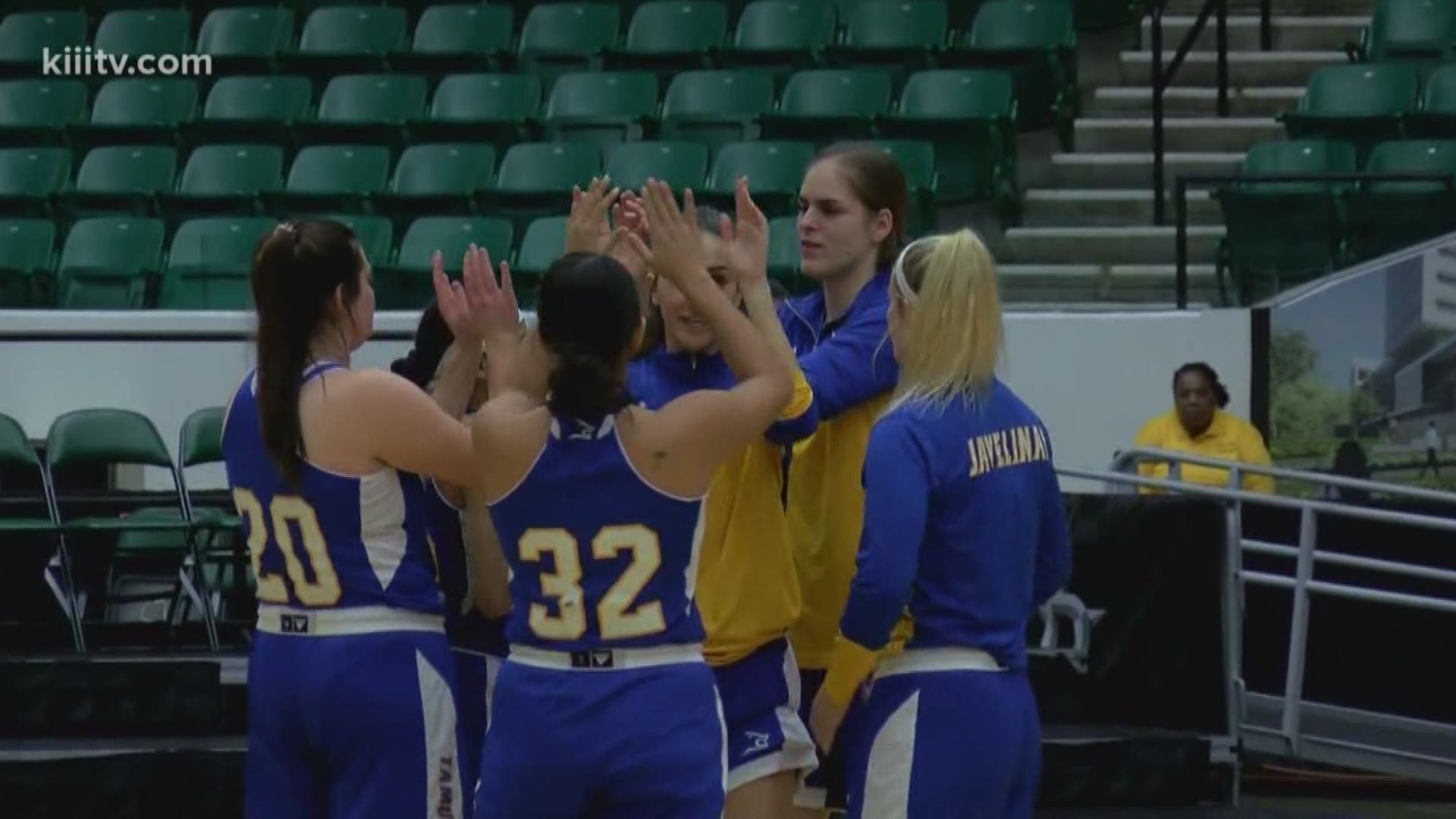 "I give a lot of credit to our kids," said coach Wade Scott. "They're not going to back down and they'll keep battling. I can't be more proud of this team than I am today. They overcame a lot of adversity and, at the same time, they've hung in there together. The ball just didn't find the hole for us at times and WT took advantage of their size a little bit."

For Payne this marked the fourth time in her last five games she scored in double figures and the third-in-a-row. She did much of her work from the charity stripe, knocking down eight free throws on 11 attempts.

Kana's 11 points were a career-high and she reached that total on 4-of-9 shooting, including 3-of-5 from beyond the arc. Payne and Kana also tied for a team-high in assists with three. In addition to scoring 10 points, freshman Bri-Anna Soliz (San Angelo, Texas) lead the Javs with six rebounds.

After a bucket for each team to open the scoring, WT (26-3, 17-3) jumped up by three thanks to a trey from Lexy Hightower. The teams exchanged scores and the Buffs added a free throw before Kana's first trey drew the Javelinas (9-19, 6-14) within one at 8-7. The Buffs then used five straight points to increase their lead to six and each side added a trey for a score of 16-10.

Between the end of the first quarter and the start of the second, WT built a 12-point lead with an 11-2 run that included another three-pointer from Hightower. The Javs managed six of the next eight points, a stretch that included two layups from freshman Soliz. The Buffs' response came in the last minute of the half, during which time they sank three shots, the last of which was a Hightower layup that staked WT to a 32-18 halftime lead.

The Buffs were the first team to grab the momentum after halftime, crafting a 12-4 run that included triples from Hightower and Deleyah Harris and upped their lead to 44-22.

In the second half of the quarter, it was the Javelinas who turned up the pressure and put together a run. Two free throws by Payne were followed by a Kana three and, after a WT basket, sophomore Hannah Aucoin (Flower Mound, Texas) hit from beyond the arc and Payne added a three-point play.

One more Javelina bucket later, the Blue and Gold had moved to within 11. A Tyesha Taylor layup was then answered when Kana drained her third three of the game. When the quarter ended, TAMUK had tallied 16 of the final 20 points to trim the deficit to 10.

That proved to be as close as the Javelinas would get, thanks in part to 10-0 run by WT to begin the fourth period. The Buffs controlled the action for the majority of the fourth quarter, sealing the victory.

The Buffs shot the extremely well, especially in the second half, when they hit 17-of-26, good for a mark of 65 percent. For the night, WT shot 65 percent, including 40 percent from three-point range. The Javelinas hit 30 percent of their shots and were 5-of-17 from beyond the arc.