Kingsville Police sent the public a message urging residents to avoid the area of 6th street between Santa Gertrudis and Corral. 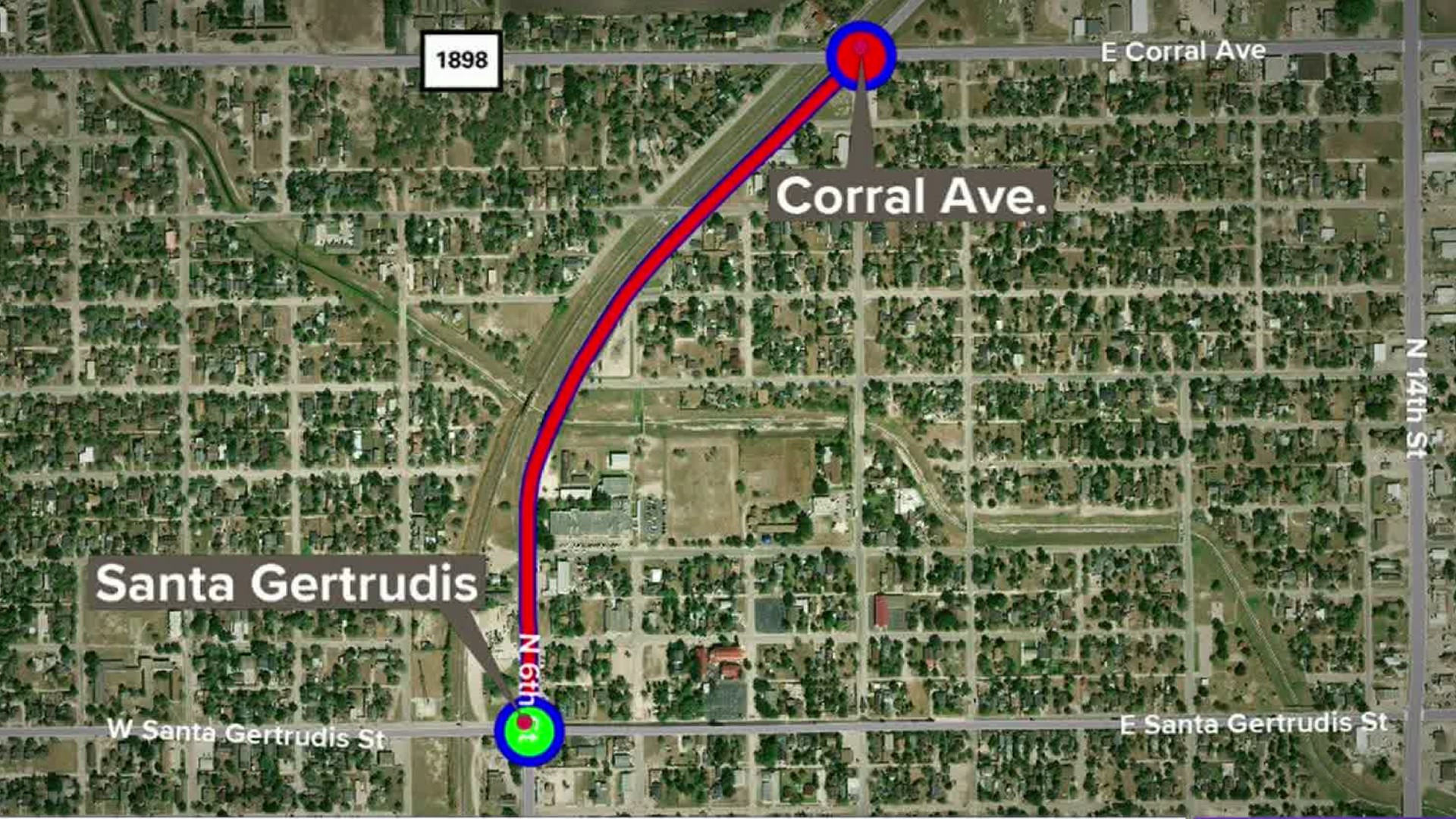 Kingsville Police say they have discontinued the search for an armed male. Police say the threats were self-directed, and not towards the community.

Police in Kingsville are on alert and looking for an armed man a few blocks from Texas A&M Kingsville.

A message was sent out to the public around 2:00 p.m. on Sunday urging residents to avoid the area of 6th street between Santa Gertrudis and Corral.

Police were looking for a man that was believed to be traveling on foot with a handgun. The man is described as Hispanic about 5 foot 7 inches weighing 150-pounds with black hair and brown eyes wearing black shorts and no shirt.

There is no word tonight if police were able to locate the suspect or why they were looking for him. Three news has reached out to the Kingsville Police Department for more information, but they have not called us back.