The two disappeared near Trinidad Road and the beach, near Crystal Beach on the Bolivar Peninsula. 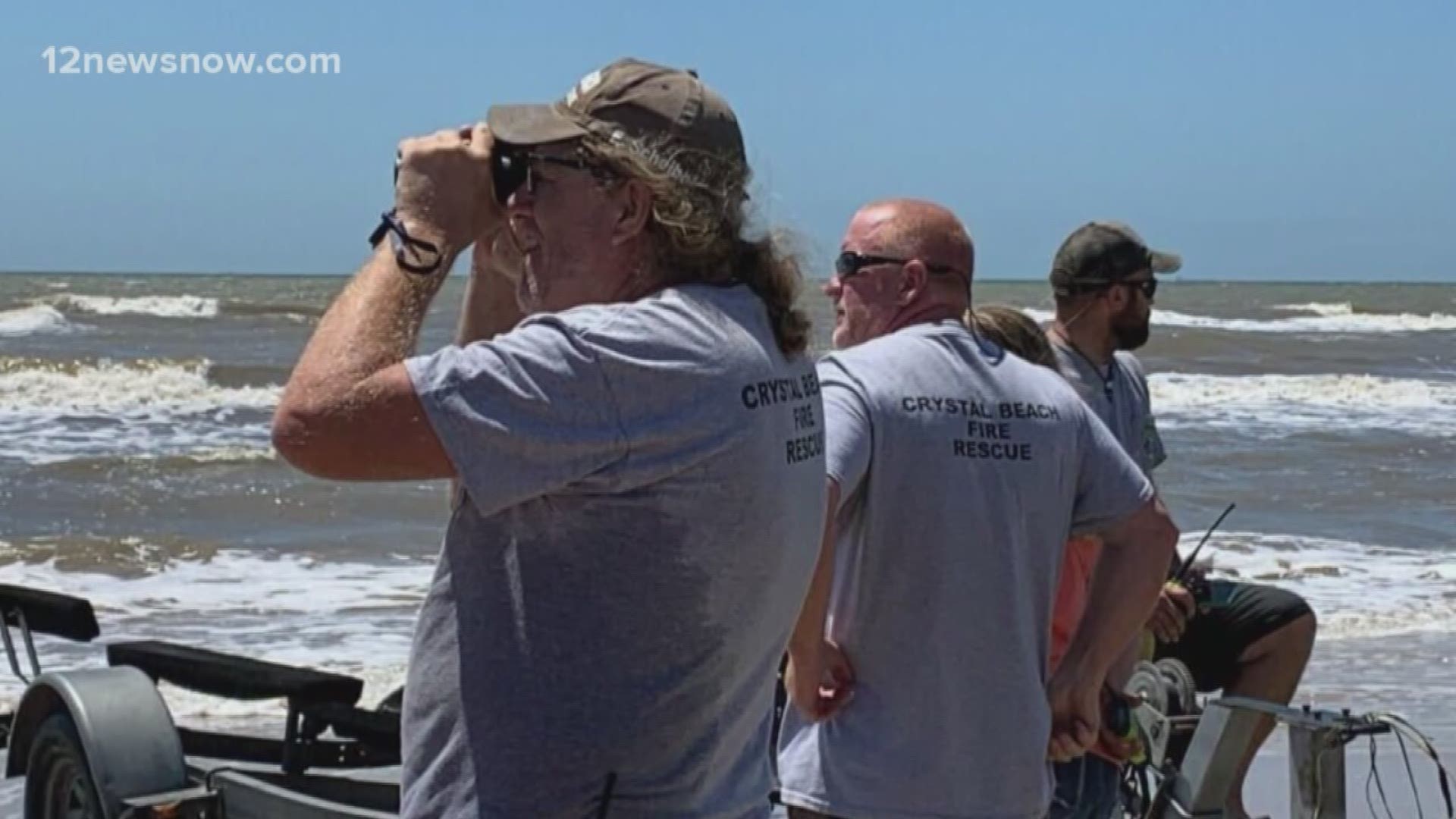 GALVESTON COUNTY, Texas — A search-and-rescue party on the Bolivar Peninsula found a missing father and a child's body after several hours of searching the waters near Crystal Beach.

"The father went into the water with the son, and the mother lost sight of both of them," Galveston County Sheriff Henry Trochesset said.

The search-and-rescue party found a boy's body around 3:15 p.m. Saturday, May 2, about a fifth of a mile from where he disappeared, Trochesset said.

The two disappeared around 11:30 a.m. Saturday near Trinidad Road and the beach, near Crystal Beach on the Bolivar Peninsula. The U.S. Coast Guard responded with an Air Station Houston MH-65 Dolphin helicopter air crew, a 45-foot boat crew and a 29-foot boat crew, according to a Coast Guard news release.

First responders found the father about an hour into the search, Trochesset said. The father told the search party waves separated him from his son, who was pulled away by the tide until he lost sight of him, he said.

The Coast Guard, Galveston County Sheriff's Office and Bolivar Volunteer Fire Department are all part of the search-and-rescue group.

Anyone with information is asked to contact the Coast Guard Sector Houston-Galveston Command Center at (281) 464-4851.

Is Southeast Texas back in businesses after COVID-19 orders lifted? What these restaurants and shops are doing.

Officer killed, another injured in helicopter crash in north Houston