Because the threat was made to a school, the charge is being enhanced and the student now faces a third-degree felony. 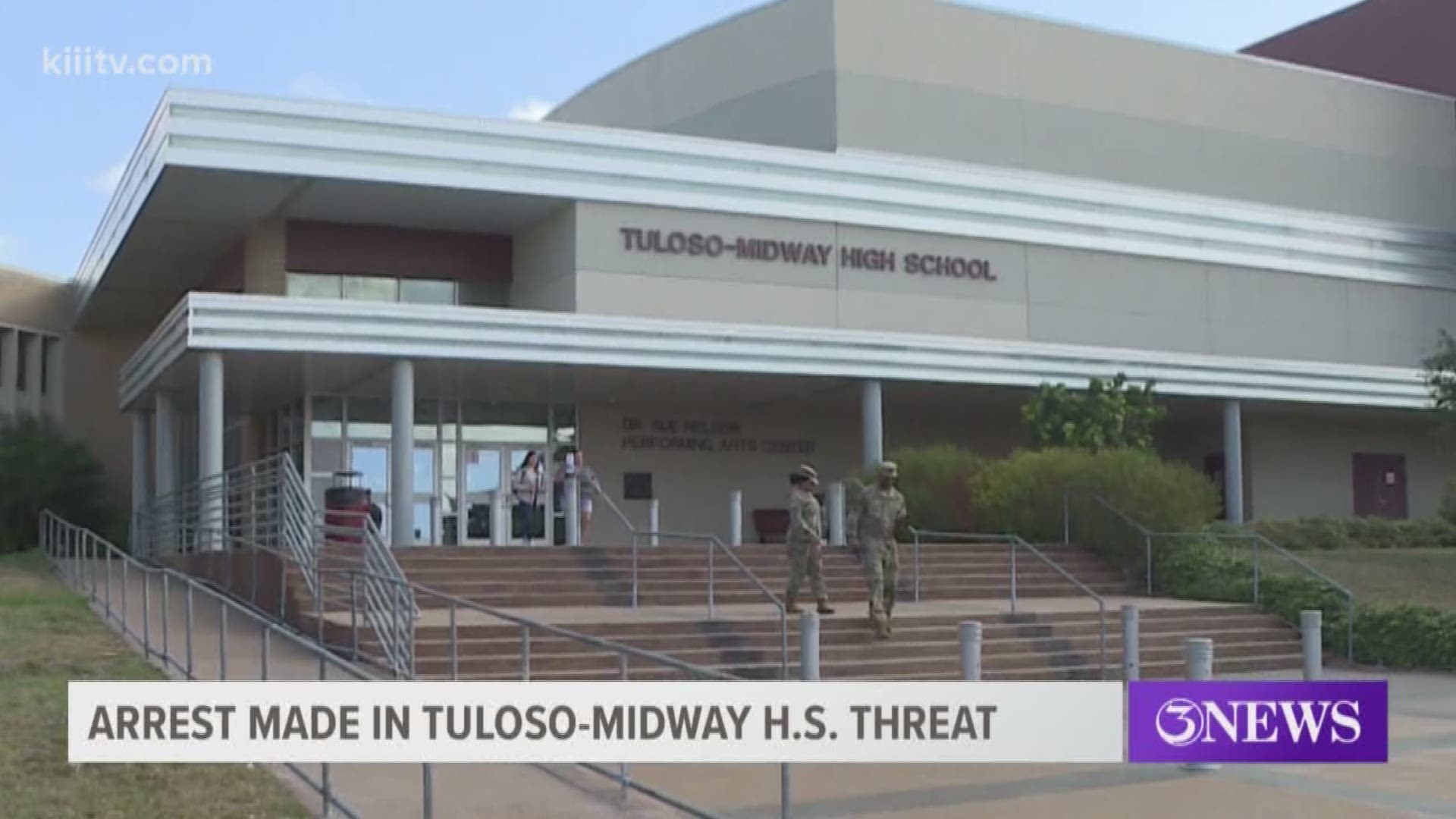 CORPUS CHRISTI, Texas — An arrest has been made in connection with a social media threat that prompted an increased police presence Wednesday at Tuloso-Midway High School.

The threat surfaced on social media Tuesday evening. The post mentioned threats to "shoot up" Tuloso-Midway High School, and because of that threat the Corpus Christi Police Department increased their presence around the campus the following morning.

According to the CCPD, investigators determined that the suspect did not take any steps toward carrying out the threats but they were able to identify the suspect as a 15-year-old female student. She was taken into police custody and booked into the Nueces County Juvenile Justice Center on charges of making terroristic threats.

Because the threat was made to a school, the charge is being enhanced and the student now faces a third-degree felony.