Cinnamon whipped honey?! Meet the 16-year-old beekeeper who started his own business 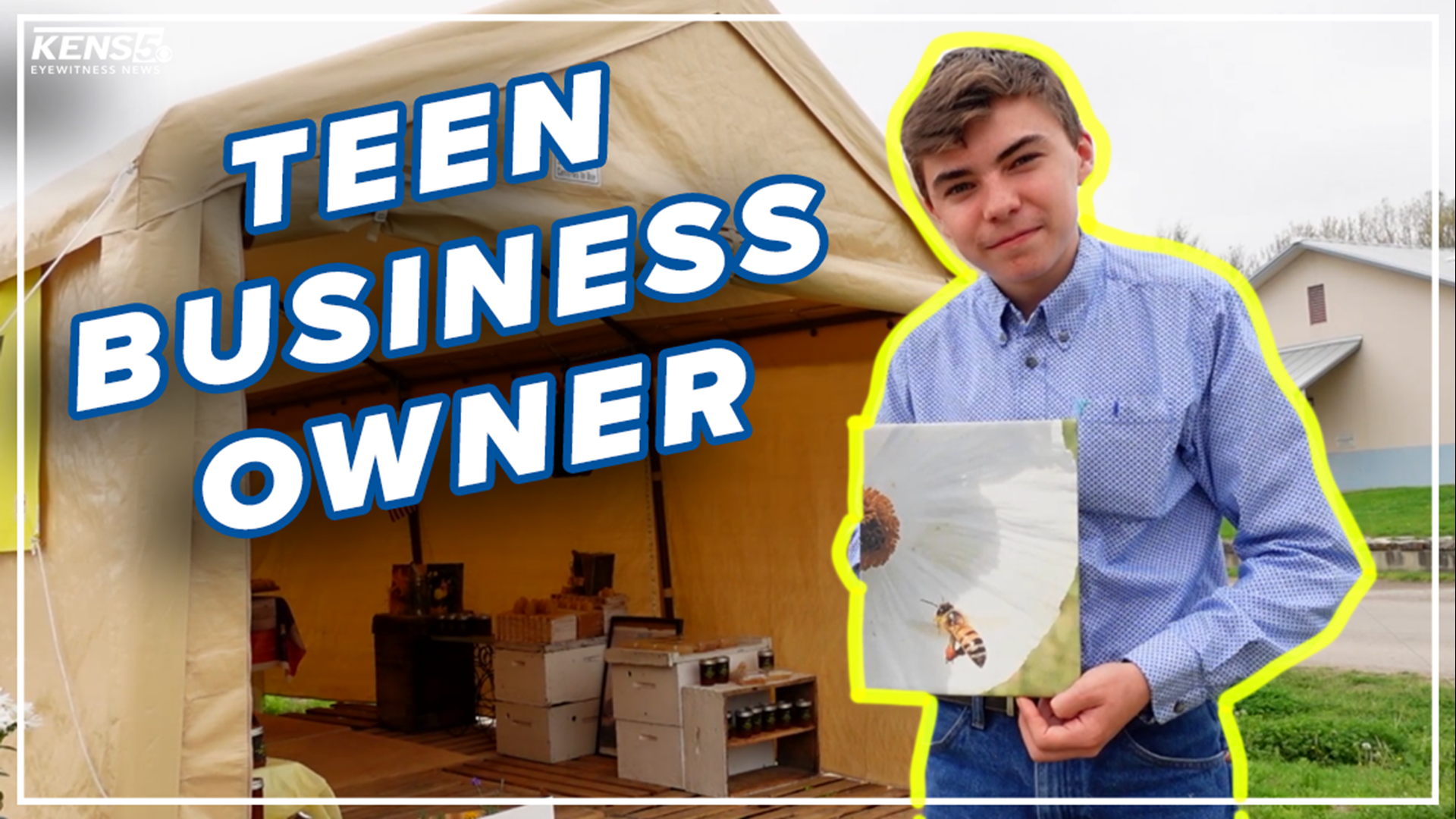 The humble bumble bee; they’re the most important pollinator of food crops. Without them, we wouldn’t have a third of the world’s food production.

Several people have emphasized the importance of "save the bees," and one local teenager is doing exactly that.

"I actually started doing bee removals — no kill bee removals — to build up my number of hives," said owner of BeeSpace Trent Anderson. He's 16-years-old and he works on his farm, taking care of bees and relocating hives in need.

When he first started, he would work with other beekeepers, and his payment would be old equipment and hives. And he knew if he kept doing so, he could make a business out of it.

"I started doing as many removal calls as I could get," said Anderson.

Oh, and he makes his own honey.

So, how did he get into bees in the first place? Well, he was actually into aeronautics first. But that interest never really took off.

"I ended up blowing up my grandmother’s kitchen. That kind of got me out of rockets. That’s when it was a 'no' for that," said Anderson.

Well, honestly, probably for the best. Because now, he’s a business owner. But he did tell KENS 5 the pandemic has hit the company hard.

"It probably cut sales in half if not, if not more. And spring break was probably the first real rebound I’ve seen. And even then, it was slower to prior than the pandemic," said Anderson.

So, if you want to support this local business, or learn more about his journey to save bees and produce honey, you can visit his social media page here.

And when we asked Anderson what advice he can give to people who want to start something big, he said, "If you’ve got an idea that you think you can execute and that you think may make a difference, then just you gotta show people and do it yourself."