1.7-billion-dollar steel dynamics plant in Sinton set to be up and running by Fall 2021

Not only is it going to provide hundreds of good paying jobs but it’s also going to supply the steel used in making Tesla’s Cybertruck. 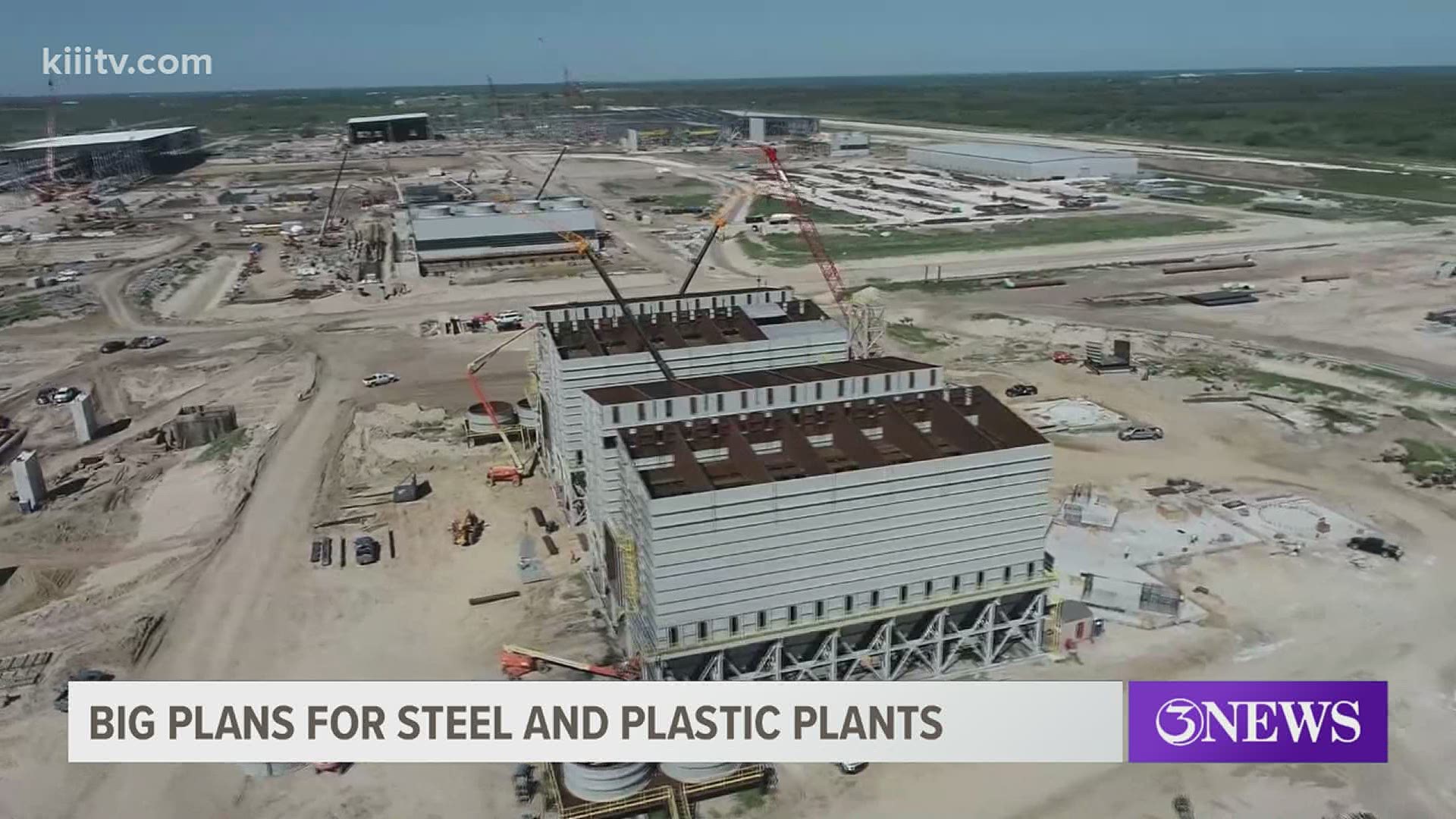 SAN PATRICIO COUNTY, Texas — San Patricio County Judge David Krebs tells 3News by this time next year that multibillion-dollar Exxon plastics plant going in near Gregory will be up and running. Judge Krebs also says that the steel dynamics plant being built in Sinton should also be in production.

The 1.7-billion-dollar steel dynamics plant under construction in Sinton is supposed to be up and running by the Fall of 2021. Not only is it going to provide hundreds of good paying jobs but it’s also going to supply the steel used in making Tesla’s Cybertruck. Right now, Tesla is building a factory in Austin that will produce the Cybertruck.

“Now some of these other companies who work with STI will actually be taking STI’s product and refining it a little bit better we’re hearing that one of the companies that were pretty close to probably getting close is a company that’s going to be taking STI steel redoing it and that Steele will actually be going into the Tesla cars that they’re moving in from California to manufacture here,” said Judge Krebs.

Steel Dynamics has a 2400-acre complex which is supposed to also house several other businesses who work with SDI in other cities.

There is a possibility that once that plant and everything else that’s going in out there it’s up in operation there could be we are estimating from the numbers these people are given me giving us there’s gonna be at least 3000 employees out there working in that area,” said Judge Krebs.

The county judge says that if that turns out to be true then it should end up being a bigger project than the 10 billion-dollar Exxon plastics plant that is also under construction. Judge Krebs says he understands that the Exxon facility should also be open by next fall.

“It could be bigger than Exxon/Mobil you know the number of employees on that site,” said Judge Krebs.

Judge Krebs says the economic benefit of the steel and plastics plant Will result in much needed tax dollars rolling in. Money that’s going to come in handy as the county looks at turning the courthouse into strictly an administration building.

Then it plans on spending more money to build a new courthouse annex on the east side of Sinton. There’s also road projects and other needed upgrades and improvements around the county that are going to be able to be funded thanks to those two plants and the jobs and tax dollars they’re bringing in.