Both soldiers had been stationed at Fort Hood. 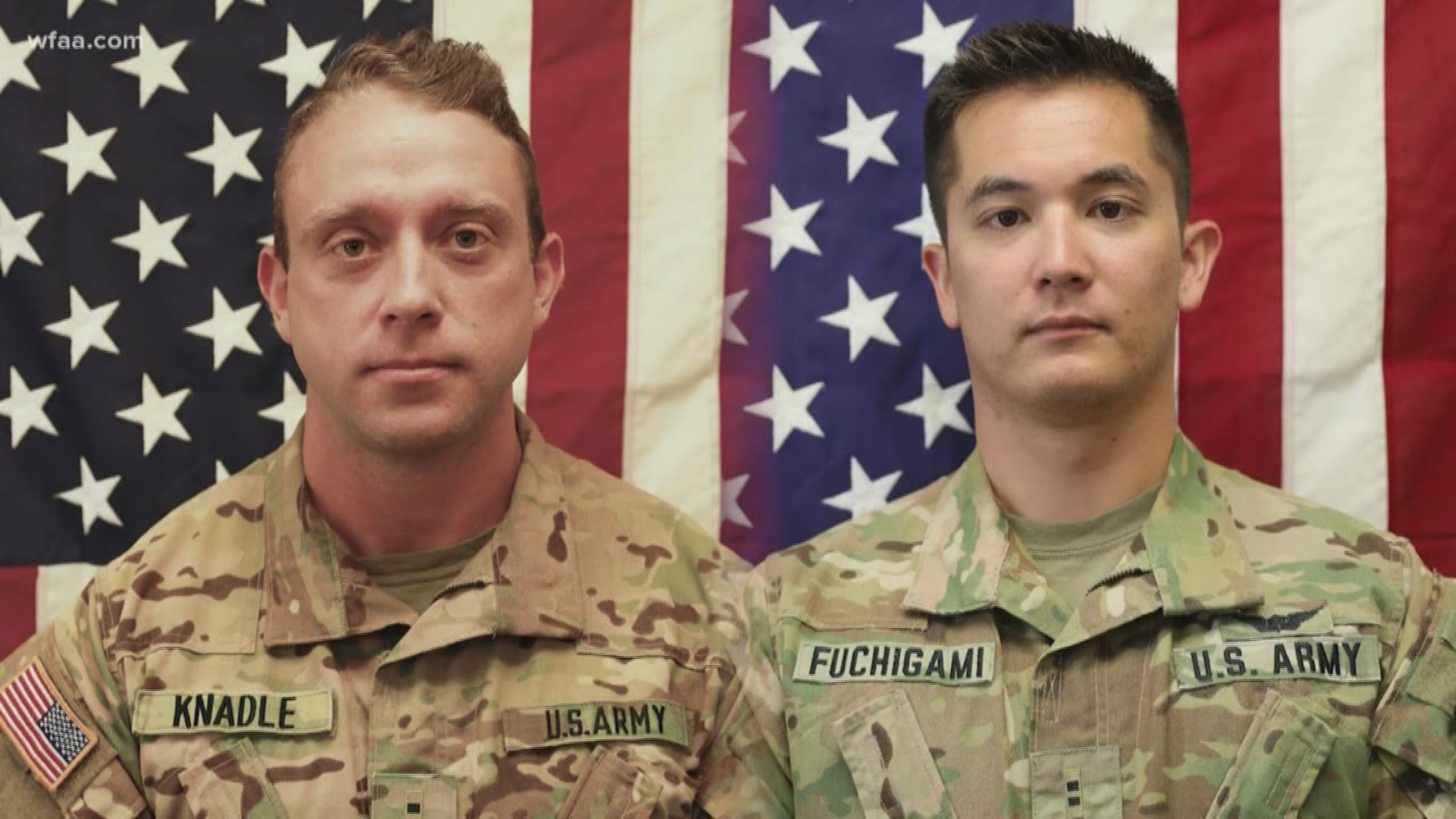 This story has been updated with funeral service information.

Two U.S. soldiers were killed in a helicopter crash in Afghanistan on Wednesday, according to the Department of Defense.

Their helicopter crashed while providing security for troops on the ground in Logar Province, DOD officials said.

Both soldiers had been stationed at Fort Hood. They were assigned to the 1st Battalion, 227th Aviation Regiment, 1st Air Cavalry Brigade, 1st Cavalry Division at the Texas base.

“We are all basically devastated at losing David,” said Edward Knadle, David's father. "I’ve never known grief like I know it today.”

Credit: WFAA
Edward Knadle stands near an image of his family, with his son, David Knadle, pictured second from the left.

Knadle was born in Wise County and grew up in Fort Worth, his father said. He attended Bethesda Christian School and later got a degree from Texas Wesleyan University.

He worked a series of civilian jobs and signed up for the armed forces when he was 27.

“It’s a little older than most guys who go into that,” Knadle's father said. “I think David really wanted to make a difference in the world, and he did by just being in the world.”

Knadle left for a 9-month deployment to Afghanistan in October.

“He was a great, great son,” Knadle's father said of his son. “A real patriot.”

Knadle leaves behind a wife and two children in Temple, Texas.

A visitation for Knadle is scheduled from 4 p.m. to 6 p.m. on Dec. 4 at Dossman Funeral Home in Belton. A funeral service will be held the following day, at 10 a.m. on Dec. 5 at Vista Community Church in Temple.