The ship truly is a city of its own with sailors and aviators from all over the country, leaving everything behind to serve on the floating front lines of freedom.
Author: Bill Churchwell
Published: 10:24 PM CDT May 15, 2019
Updated: 3:45 PM CDT May 28, 2019

NORFOLK, Va. — Somewhere out in the Atlantic Ocean, gliding through the water, you will find a patriotic symbol, of the sheer awesomeness and power that is the U.S. Navy.

The U.S.S. Harry S. Truman (CVN-75) is a Nimitz-class aircraft carrier which is named after the 33rd President of the United States.  Recently, 3News reporter Bill Churchwell along with photographer Preston West were given exclusive access to the ship to see what life is like for the sailors and aviators serving on board.

Their trip started in Norfolk, Virginia which is the largest Naval base in the world.  It's where they got a small taste of the training sailors and aviators go through before shipping out to sea. 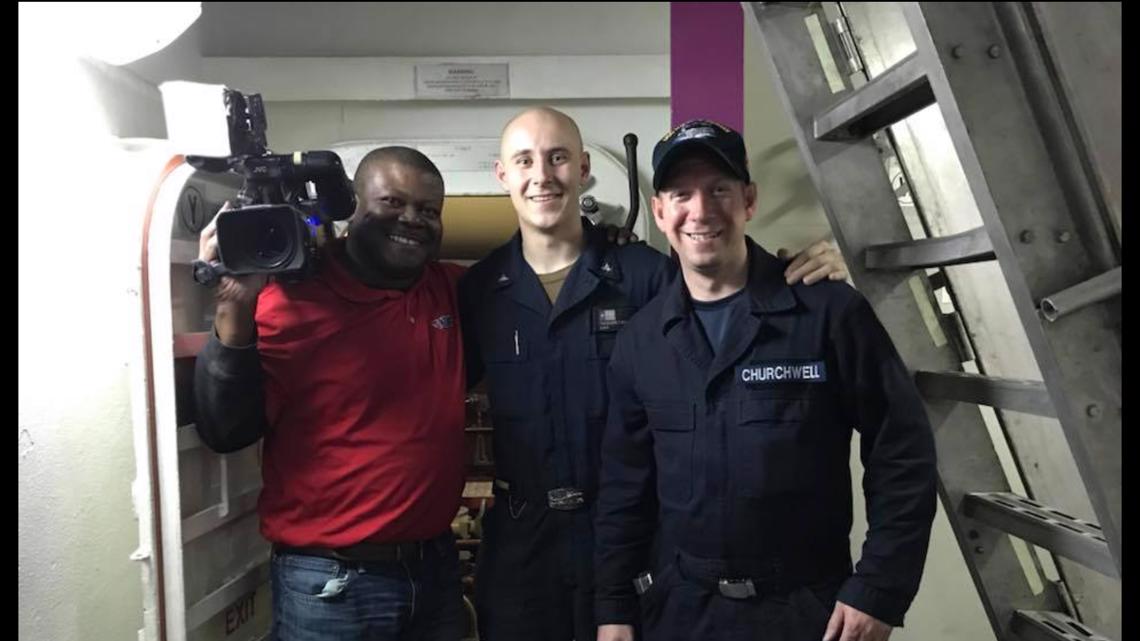 At the time, the U.S.S. Truman had been at sea for about a week during the course of a normal training exercise to maintain certifications and proficiency.  The ship was located roughly 100 miles off the coast of Florida.  In order to get there, our crew had to board through the back of a cargo aircraft called a C-2 Greyhound or a COD.

The flight took about 3 hours which included a brief stop in Jacksonville, Florida to re-fuel.  The plane going from 130 miles per hour to zero in just 2-3 seconds.  Wires along the ship's flight deck catching the COD for what's called an arrested landing on a moving airport at sea.  It's something very few civilians and even those in the military ever get to do.

Watch an extended version of this 3News Extra here:

Stepping out of the plane, it looked more like a scene out of a Star Wars movie.  We are completely surrounded by water as far as the eye can see.  There are F-18's taking off and landing just feet away and there are dozens of crew members wearing different colored shirts which signify the different jobs.

"Currently we are operating at sea with 3000 men and women serving aboard the ship, and another 2400 from carrier Air Wing One" said Captain Nick Dienna who is the commanding officer of the Truman.

The ship truly is a city of its own with sailors and aviators from all over the country, leaving everything behind to serve on the floating front lines of freedom.

Down below the flight deck in the hanger bay is where we found Lieutenant Commander Chase Matthews.  Matthews grew up in Port Aransas.  "When it came time to graduate from high school I decided I wanted to join the military to get some money for college.  My initial plan was to do four years in the military and get out.  Here I am 27 years later, and I'm still plugging away at the job."

On the Truman, Matthews is in charge of defending the aircraft carrier with its defensive weapons.

You can listen to Bill Churchwell tell you about his experience here:

"So if a plane or a missile were to come to the carrier, it's my job to get it shut down," said Matthews.

Matthews said growing up in Port Aransas along with his love for water, he always knew the Navy would be a perfect fit for him.  It's a job that has taken him around the world to places like Russia, the Mediterranean, and he's lived in Japan with his family.

He said he is eyeing coming back to South Texas with his wife when he retires.

Matthews is older than most of the sailors on board.  In fact a vast majority of them are under the age of 21.

Sailors who were just learning how to drive just a couple of years ago, who are now responsible for the care and maintenance of multi-million dollar aircraft.

"We all know the knock on millennials.  What you will find here is nothing further than the truth. Instead of selfish, the are selfless, to defend their fellow Americans," said Dienna.

Sailors can operate at sea for months at a time as they work to protect our international waterways on one of the most impressive aircraft carriers in the world.  To help give them a sense of home, the ship offers a variety of ways to keep it's crew occupied.  There is no, to limited access to the internet on board.  There is however a library, a movie room, and we even found a Starbucks.  Just feet away from the aircraft stored in the hanger bay, we also saw sailors who were spending their free time by trying to stay fit.  There's various workout equipment and there was even an evening workout class led by a Fit boss.

Walking around the ship, there are plenty of ways to get lost with narrow passage ways or p-ways as they call them.  It's where we met Texas native, Theodore Heglund who is a Machinist's Mate 3rd class.  Heglund was also an 'Islander' at TAMUCC before he joined the Navy.

Life in the Navy 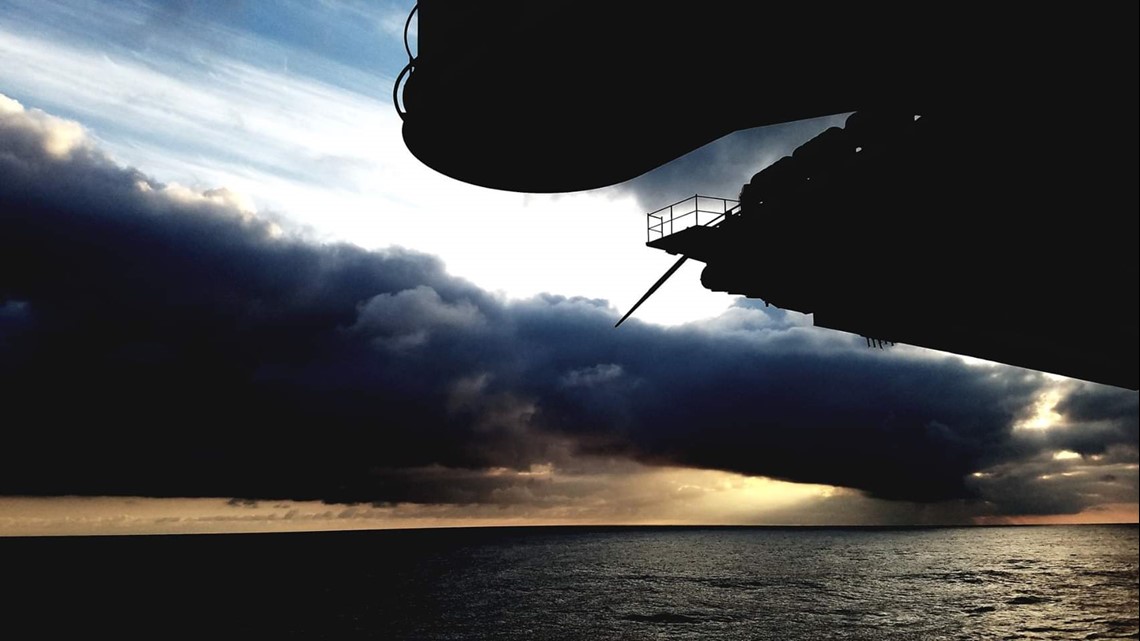 He works in shaft alley which had us squeezing through several scuttles to get to one of the lowest points of the ship.  The shafts are several hundred feet long.  Heglund said, "there is a lot of weight on our shoulders as far as truly running the ship."

He gave us a tour of his office space which was very loud.

"Towards the end of the shaft, all the way outside of the ship, that's where the propeller is.  All the way at the front, several hundred feet that is where the turbines are making the shaft spin," said Heglund.

He has been in the Navy for just over two years and stationed on the ship for over a year.

"As far as going into the Navy, it's been a long road.  Texas A&M Corpus Christi, with the Naval Air Station next to the campus, seeing all the jets flying around on a daily basis, I got into air traffic control.  That brought me to the Navy."

Heglund's role is crucial, as are all of the roles of the sailors and aviators we met.  It's a 24 hour window into the lives of these men and women who serve on board this incredible ship.  A journey that makes you appreciate the sacrifices they make to serve the country.

"You really get that feeling of doing something important, making sure everybody at home has all the freedoms they want," said Matthews.