Texas has some of the best stadiums in the country, and in the Coastal Bend, it's not one to be overlooked. 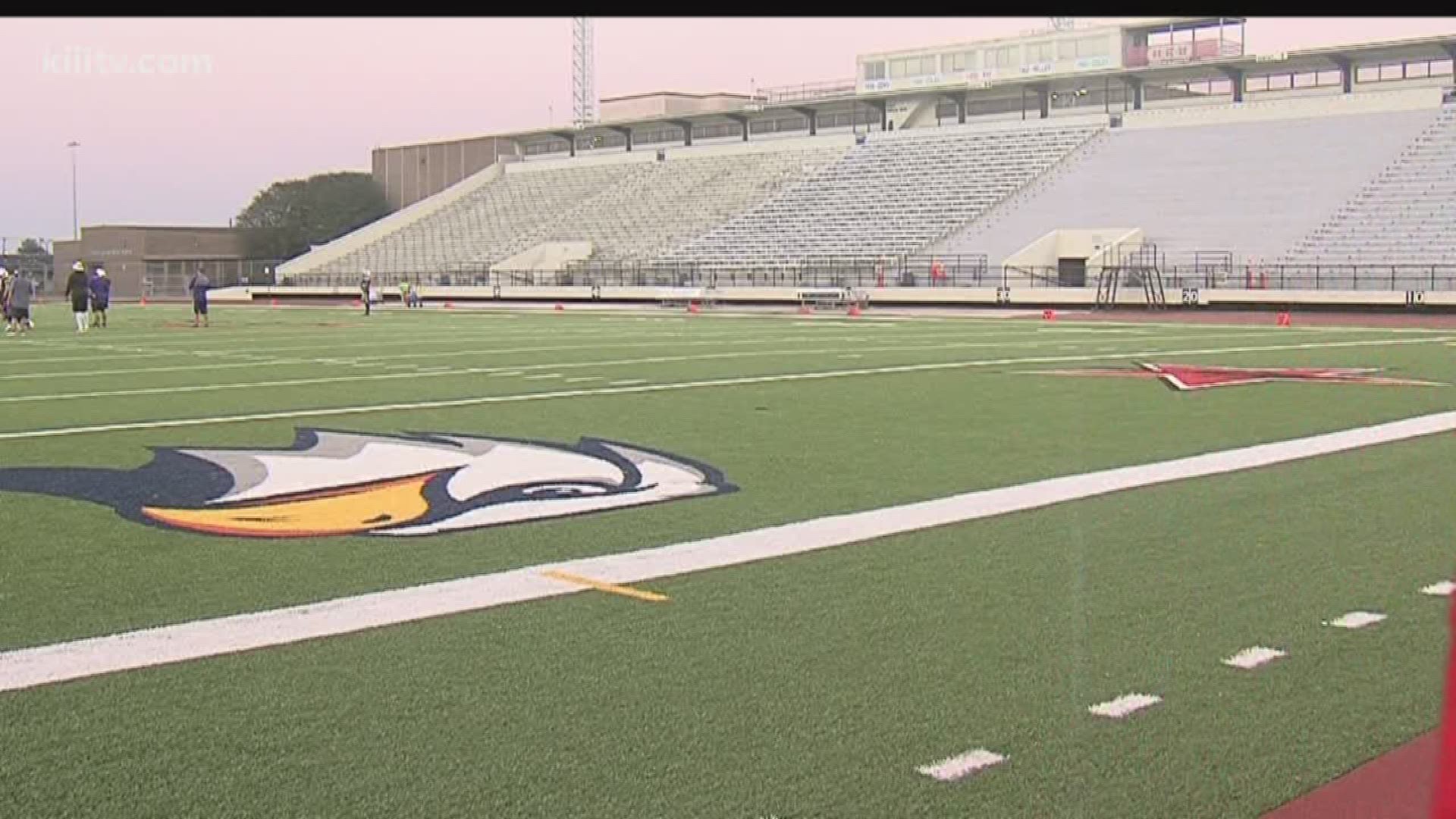 Corpus Christi (KIII News) — When it comes to team sports in South Texas, nothing quite measures up to the popularity of Friday night football.

The saying goes everything is bigger and better in Texas, and that is true with high school football.

School districts have built multi-million dollar stadiums, and they are some of the best in the country.

Texas has some of the best stadiums in the country, and in the Coastal Bend, it's not one to be overlooked.

Before the 2018 football season Mckinney Independent School District in the metroplex, introduced the 4th high school stadium in the state of Texas to cost at least $70 million.

How can the Coastal Bend keep up with the Jones?

"At some point, we're gonna have to pass a bond to make all these things happen," said Rick Rhoades, Gregory-Portland head coach.

"Helping us pass these bonds and that's why it's important," said Brenda Marshall, CCISD athletic director.

CCISD and Gregory-Portland do not have multi-million dollar stadium in its plans but rather, renovations such as those that have been done recently.

Recently CCISD had a new jumbotron installed at both Buc and Cabaniss stadium with the cost combined of just over $2 million. In 2016, Gregory-Portland had a big screen installed, and it cost the district $700,000.

Both districts are improving the game-day experience for the students.

All of the profit made from the athletics program in CCISD goes into the schools.

"Within CCISD the revenue from ticket sales that we have at every athletic event goes actually into the general fund of the school district. The athletic office does not receive that money.," Marshall said. "So, when we have good crowds that help the general fund of our school district by the teams when they're successful it also helps our district."

Throughout South Texas, you will find many great stadiums, so it's likely there's no imminent need for a $70 million stadium.

CCISD and Gregory-Portland hope to continue improving its facilities in the future.

Gregory-Portland head coach Rick Rhoades doesn't think the lack of a mega stadium will keep the teams from being competitive.