A Miracle Moment is something Elan tries to do for its residents to afford them the chance to do something they have always wanted to do. 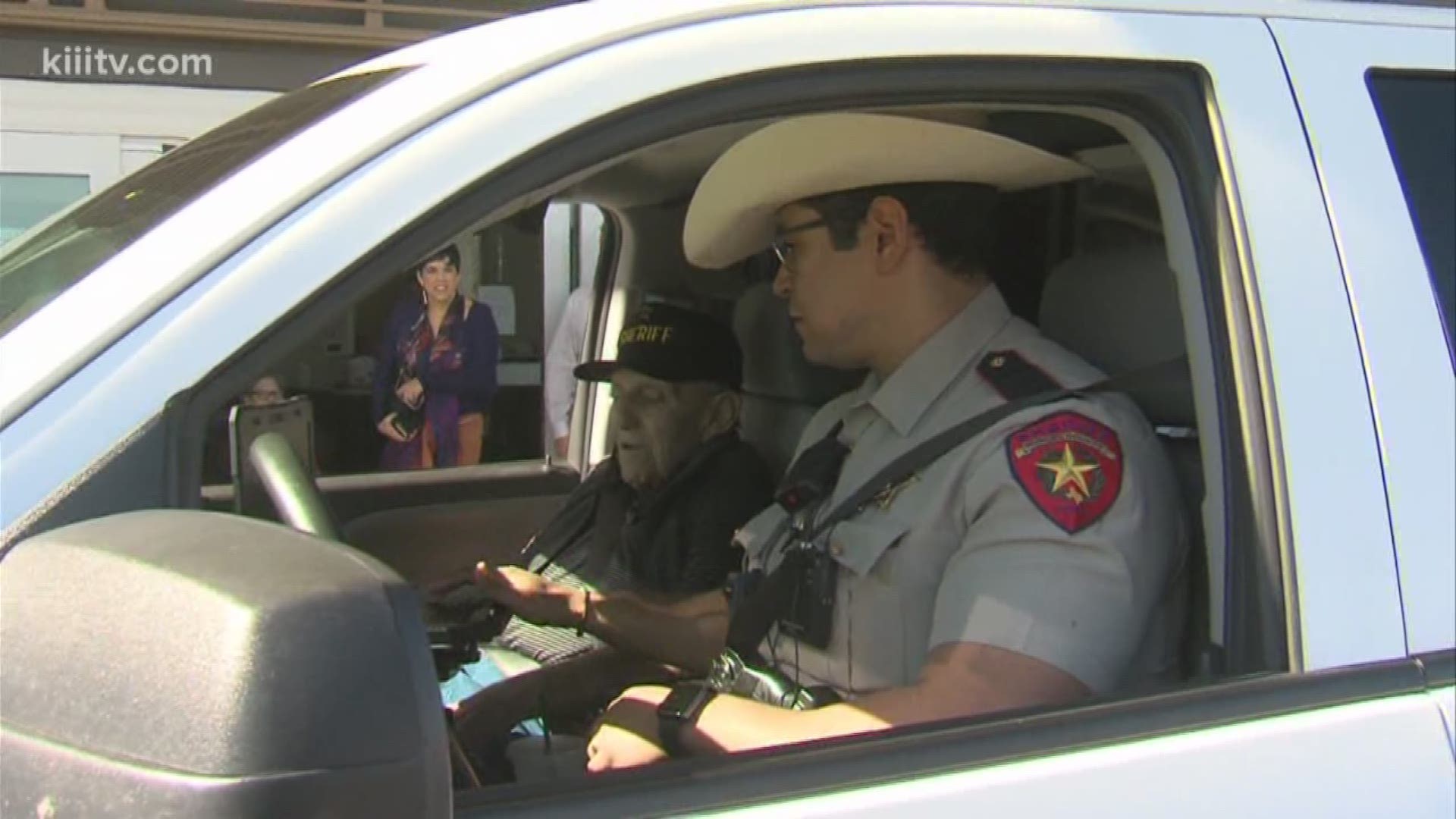 A Miracle Moment is something Elan tries to do for its residents to afford them the chance to do something they have always wanted to do. For Ogdee, his Miracle Moment involved being a part of law enforcement.

Ogdee's love for law enforcement is easy to explain -- he has a background in public service. For more than 25 years he was a police officer and he once served as the sheriff in Brooks County.

On Wednesday, the 93-year-old donned his law enforcement gear once again.

Nueces County Sheriff John Chris Hooper dropped by the nursing facility Wednesday to surprise Ogdee with a special assignment that no other deputy could do.

"I want to thank you for your years of public service personally. Also, I'd like to ask you today to be a deputy, an honorary deputy of the Nueces County Sheriff's Office, for the day," Hooper said. "Do you accept that?"

Of course, Ogdee said yes, and what stint serving as a deputy would be complete without a ride in a police cruiser?

And no Miracle Moment at Elan would be complete without mariachis and family members to help celebrate.

"You could just see the excitement in his face. His smiling," Ogdee's daughter Helen Palmore said. "The best thing that he loves to do is ride in a police car and check things out. He loves it."

Palmore said her father is her hero -- the strongest most fearless man she's ever known. For the better part of Ogdee's life, he has served his community, his family, and his friends.