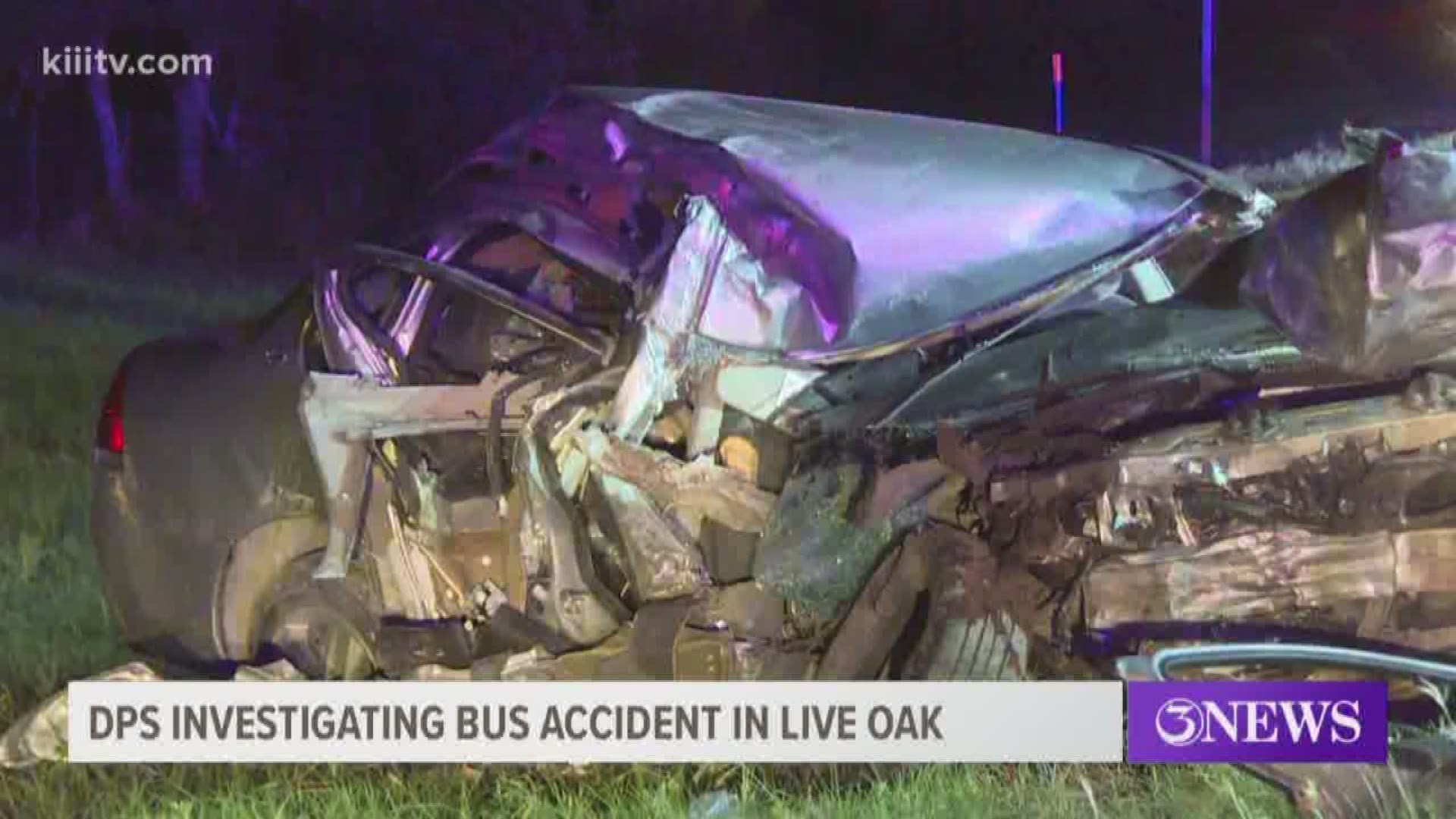 DPS troopers told 3News the bus was heading south on 59. It was traveling to Mexico from Houston when a Chevy passenger car heading north for some unknown reason crossed the center line and struck the bus causing a head on collision. There were 20 people on the bus including the driver.