A.B. Quintanilla a no-show in court for child support hearing

Musician A.B. Quintanilla, the brother of Selena, was a no-show in court Friday morning. He was set to appear before Judge Missy Medary as part of an ongoing child support case. 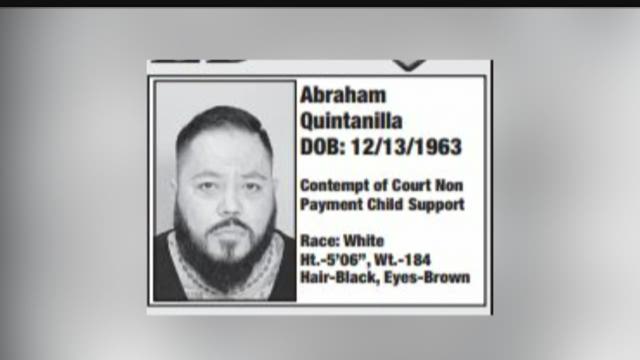 Musician A.B. Quintanilla, the brother of Selena, was a no-show in court Friday morning. He was set to appear before Judge Missy Medary as part of an ongoing child support case.

Quintanilla this week found himself on the Nueces County Sheriff's Office's Top 10 Most Wanted list for missing a previous court hearing on nonpayment of child support. Quintanilla allegedly owes $87,000 in back child support payments.

Judge Medary said she would continue the bench warrant that is out for Quintanilla.

"Like I said, I'm a professional, so for me to get out of work is an act of God. So I'm unhappy that I came all the way over here and he can't bother to show up," Summer Clary said. "But I continue to fight for my son for what he deserves, and that's why I'm here."

"Mr. Quintanilla paid all the child support he was supposed to pay. There is a legal issue regarding if there is additional amount of money owed," Quintanilla's attorney William Dudley said. "There is a question of whether or not the mother was living with the child at the time. Those issues need to be worked out. Mr. Quintanilla was not going to pay child support to the mom when the child was living somewhere else, but those are all things we are going to work out."

Quintanilla's attorney went on to say that his client was in Florida conducting business and that he was not required to be at Friday's hearing. Another hearing has been scheduled for Aug. 16.