During today's city-county public health district briefing, City Manger Peter Zanoni said those locations were told to remove the ads back in June. 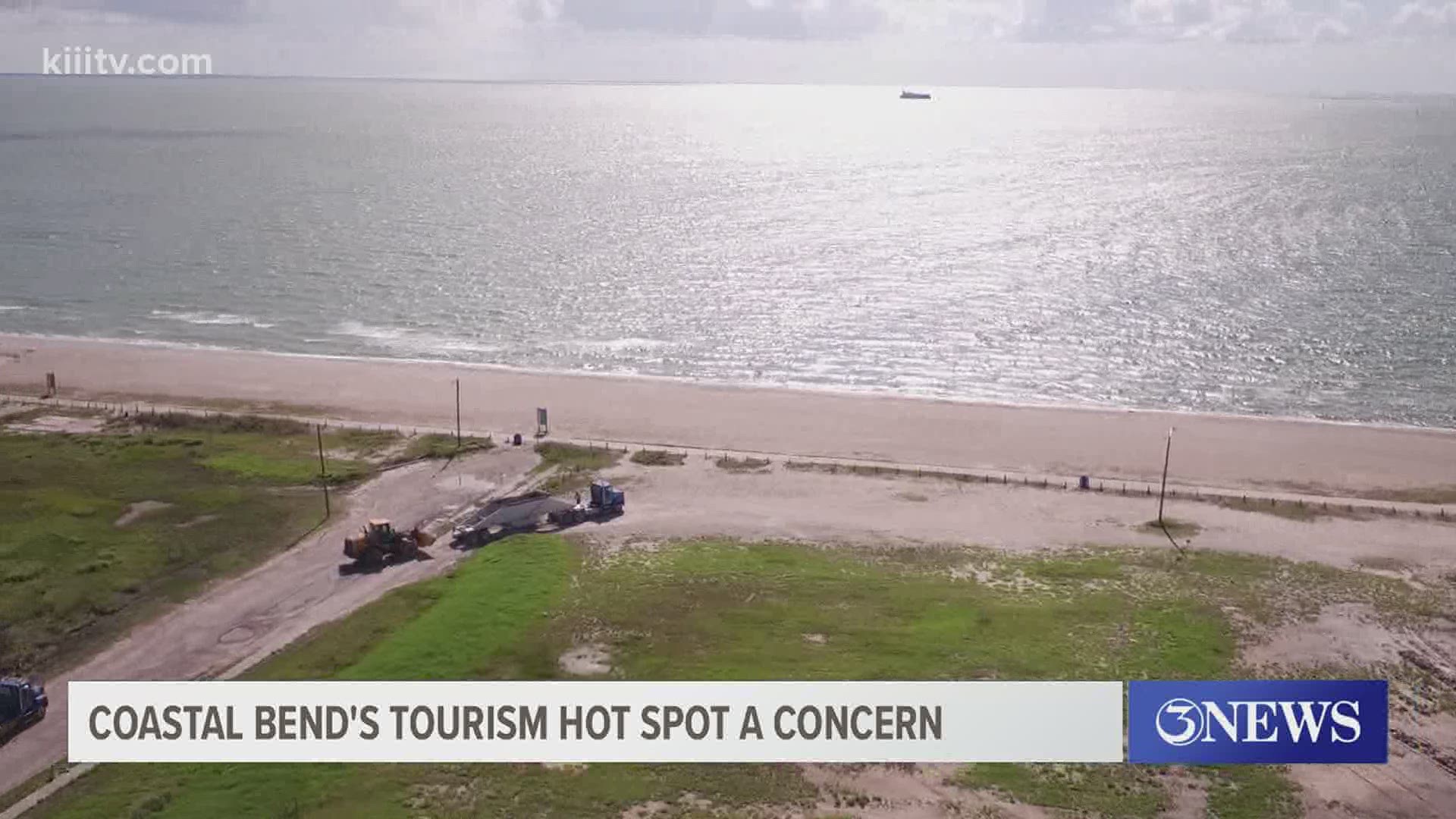 During today's city-county public health district briefing, Zanoni said those locations were told to remove the ads back in June. The city has since learned that was never done. Zanoni said there are no paid tourism dollars being used in Texas right now.

"Over the past couple days, staff at CVB has reached out to all media television advertisers to personally tell them to take down our advertising," Zanoni said.

Nueces County Judge Barbara Canales said she has reached out to Mayor McComb, Judge Rudy Madrid, and Mayor Bujan of Port Aransas to ask for another consultation with the Texas General Land Office to once again restrict access to our beaches.

Zanoni said pending the GLO's decision, bay beaches like North Beach and Mcgee Beach would also be closed along with regional parks like Bill Witt and Waters Edge.