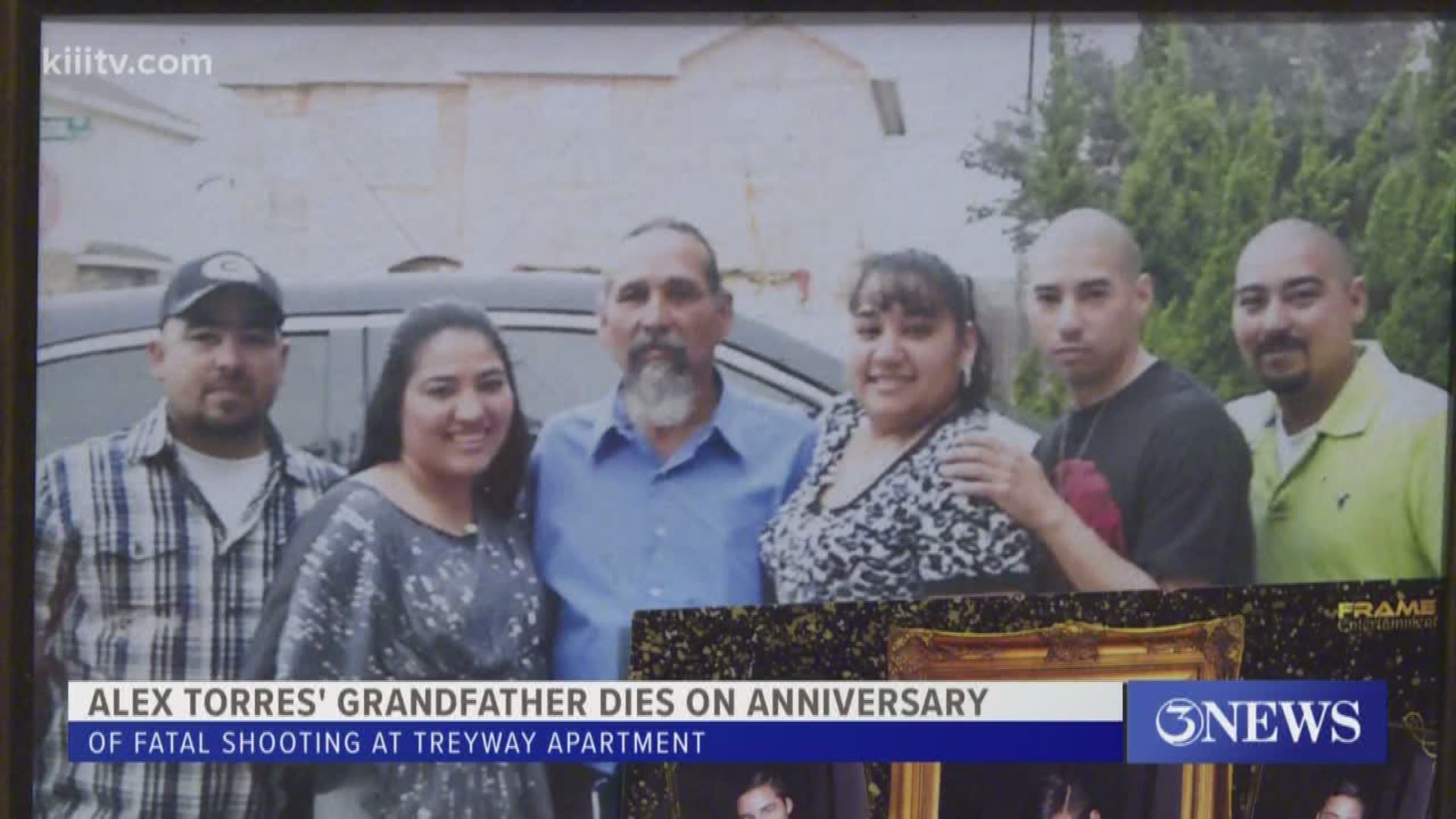 CORPUS CHRISTI, Texas — A Corpus Christi man passed away on the fifth anniversary of losing his grandson, Alex Torres, in a shooting.

"My husband was a wonderful man. My best friend," widow Yolanda Gutierrez said.

According to Gutierrez, she and Donald were good together and that's why nothing can soften the pain she now feels.

"Now I am all alone now, again without my Alex, now him. And then he passed away on Alex's anniversary," Gutierrez said.

Donald took a turn for the worst on New Year's Eve and passed away on the fifth anniversary Torres' death. The child was gunned down as he answered a knock at the door of his grandparents' home back in 2015.

The case of Alex Torres remains unsolved. After three separate trials, charges were dismissed against two people who were formally charged.

For the Gutierrez family, the case of Alex remains and open wound.

Donald's daughters, Melissa Hernandez and Monica Gonzalez, say he was the cornerstone of the family.

"I wish I could say it's gotten easier, but it gets harder every year, and now with him gone," Gutierrez said.