Alzheimer’s Awareness Month: Supporting the cause here in the Coastal Bend

The 11th annual Alzheimer’s memory walk to raise funds for Alzheimer’s research was held last weekend and some 8500 dollars was raised. 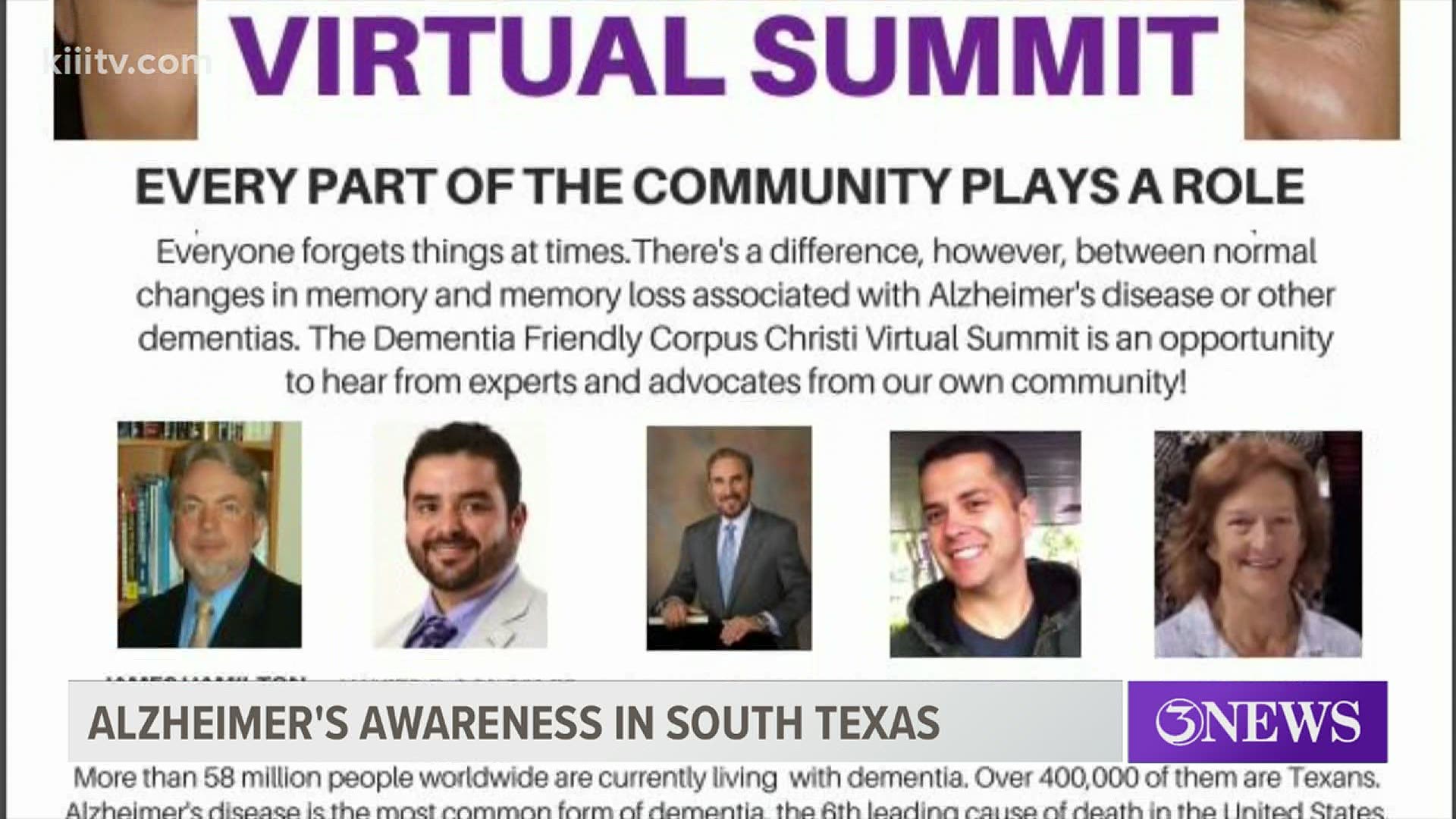 CORPUS CHRISTI, Texas — The month of November is special for so many reasons one is that it's Alzheimer’s awareness/National caregiver month.

"Caregivers cannot go and buy a book or take a course to become a caregiver,” said Dr. Nestor Praderia.

Dr. Praderia says most loved ones don't recognize the symptoms until a critical time during the disease.

“Most of the time in the area of South Texas, patients are brought to me at the end of a moderate stage with at least 5 to 6 years of the disease,” said Dr. Praderio.

That money stays in the Coastal Bend to provide resources to those dealing with the disease. John miller has been taking care of his father for years and says he appreciates the kind of help the Alzheimer’s association provides to caregivers.

“It brings an understanding of what he is experiencing because his vocabulary is very, very little now and understanding what he's going through. The confusion and the anger sometimes, the sickness. Not being able to make it to the bathroom,” said John Miller who takes care of his father who has Alzheimer’s.

Dr. Praderia says his goal is to give information, support and help to those taking care of the victims of the disease.

“We are dedicated all of the time to create alertness, to provide education, to have a respite center for when an individual needs some help,” said Dr. Praderia. “We can take a family member and they can take a few days off.”

Another event for spanish speaking caregivers is coming up Thursday, November 12. This virtual event is being held from 1:00 p.m. To 4:00 p.m.