By early next year, concerts and other events will be booked and rolling into town just like they were before the pandemic hit, American Bank Center officials said. 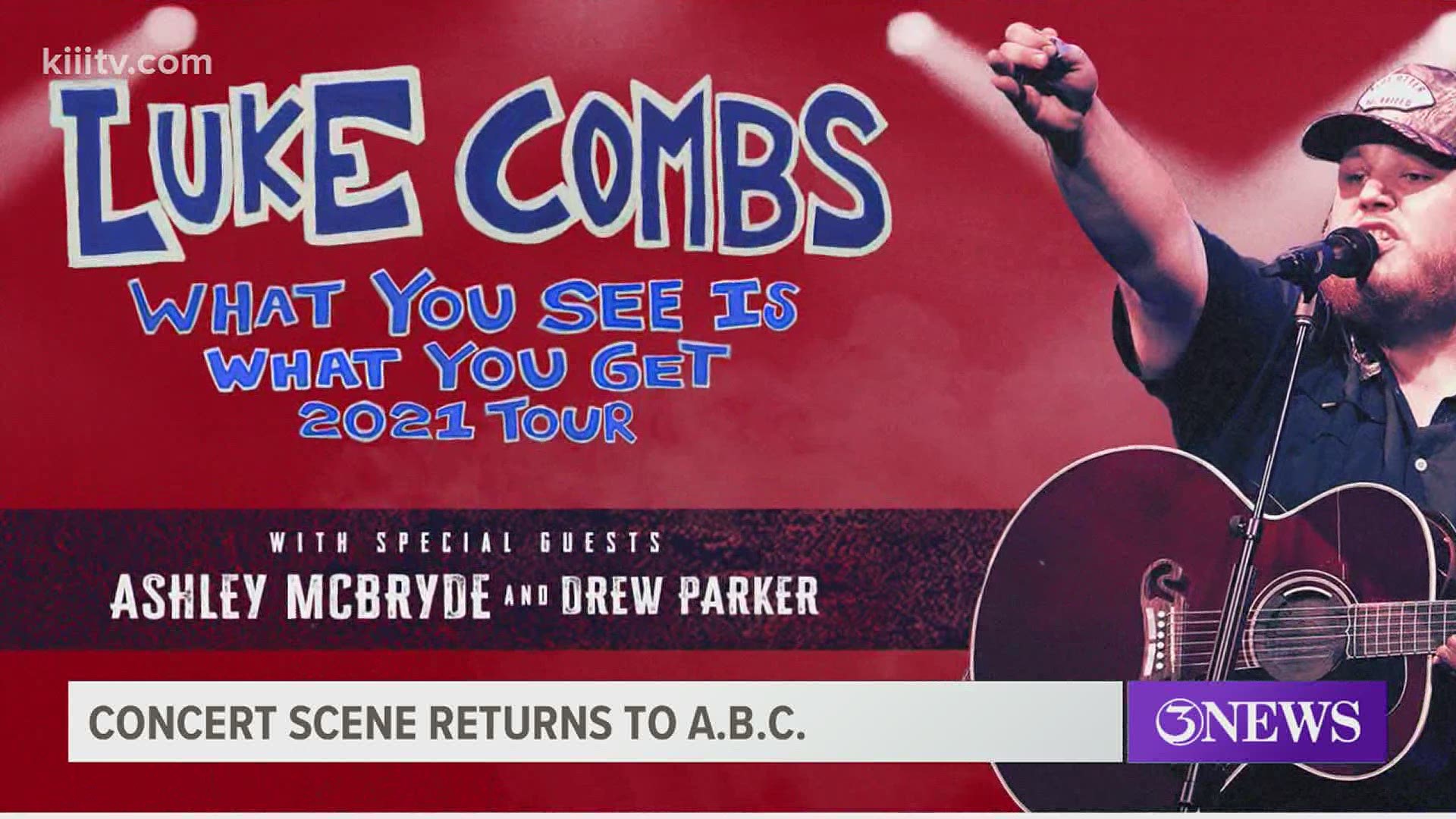 Now, the facility is looking at hosting full capacity crowds for concerts and other events.

Matt Blasy is the general manager of the American Bank Center and he believes that by early next year, concerts and other events will be booked and rolling into town just like they were before the pandemic hit. A time when costs had to be slashed at this facility.

"Even though we did some reductions, we were able to retain about 50% of the staff and finding work for them,"Blasy said.

The American Bank Center was able to host a few events at the Water Gardens to show that it was still operating, with about six to seven shows played there.

They even have plans to have more community festivals out at the Water Gardens later in the year. But it’s the full capacity events that really bring the money in.

After that a host of concerts and other events will be held at the American Bank Center. The Harlem Globetrotters and Luke Combs are just some of the acts hitting the touring the circuit once again.

"Yeah you’re seeing some folks who want to get out late 2021 and others are just saying let’s wait a little bit longer in '22," Blasy said. "The economics of it- 90% of the artist out there need a full capacity set up for it to make sense from a financial standpoint.”

Brett Oetting is the President and CEO of Visit Corpus Christi. He says his organization is doing everything it can to bring people to town and to get them back inside the American Bank Center.

"We’re spending a lot of money as we speak on digital ads, magazine ads, promotions on radio, billboards in those different cities which we feel have an interest in coming to Corpus Christi,” Oetting said.

So you might want to keep a check on the online American Bank Center calendar for the next few months as more and more events and concerts are being booked. Another sign that we are moving out of this pandemic and back into our normal way of life.