A huge thanks to all the 3News viewers who reached out to check on Bill! 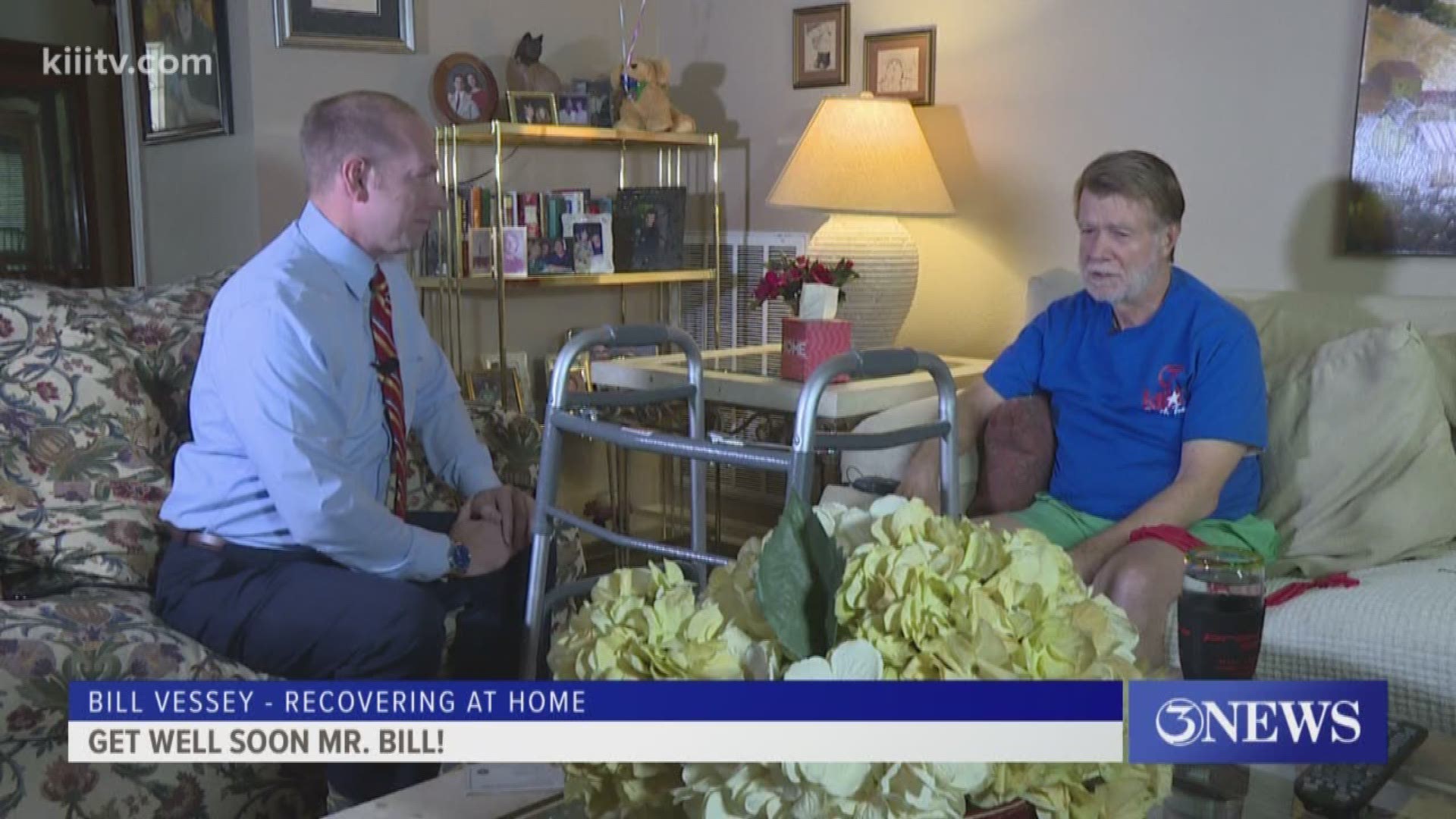 CORPUS CHRISTI, Texas — Many 3News viewers have called and asked where Chief Meteorologist Bill Vessey has been, and why he's been off the air for the last few weeks.

Bill is back home after 18 days in the hospital and is now focused on his rehabilitation to get his strength back in his right arm and leg. His speech was never affected.

Bill greeted 3News at his home with that infectious smile and unmistakable laugh just weeks after a serious health scare.

"I had a stroke.  I'm doing better.  Three weeks now and I'm able to get around on my walker, a rough three weeks, a lot of work to go," Vessey said.

The medical emergency happened on a late Sunday night just before bedtime.

"I take my iPad and put it on the nightstand.  I go to turn off the light, and I can't reach it. I thought maybe my leg fell asleep. My leg is sleeping, but it's not tingling," Vessey said.

Bill and his wife called 911, and he was rushed to the hospital. He says he noticed the signs with just enough time to get medical help.

"At one point, you thought about going back to sleep?" 3 News asked.

"If I had gone back to sleep, I could have woke up dead," Vessey said.

Bill knows he is one of the lucky ones.

Vessey says he is also so thankful for all of the good wishes and everyone who has helped in his recovery. 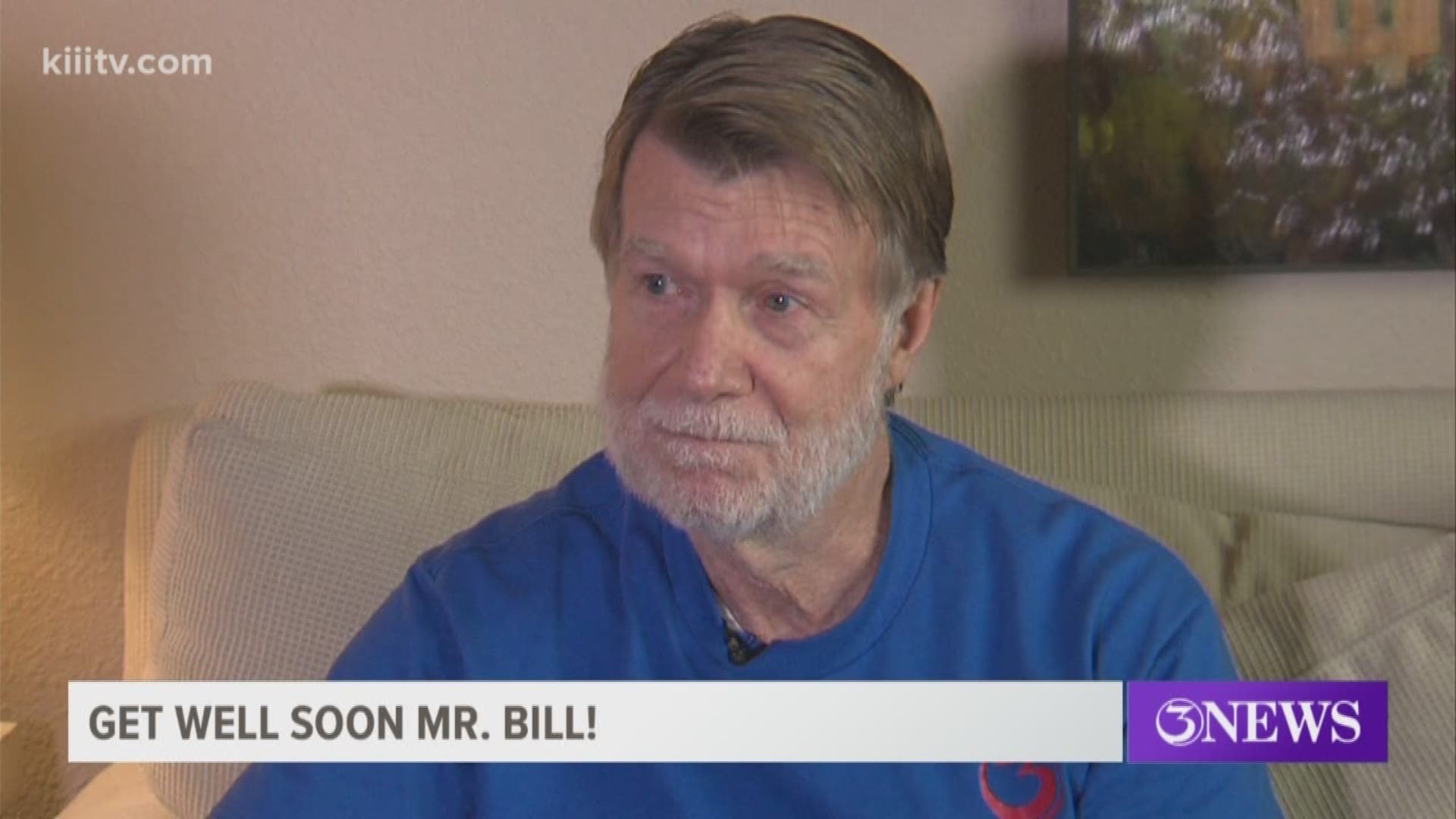 "So many people from the EMS techs who first got here, to the E.R. people, to the rehab people, so many," Vessey said.

Accord to Vessey,  what happened to him could serve as a teachable moment for anyone.

"Check your blood pressure. I do this twice a day now even if you feel good, and if it's too high, do something about it," Vessey said.

Bill wanted to get the word out that it is essential to check your blood pressure regularly, get regular doctor checkups, know the warning signs of a stroke or heart disease, and take your health seriously.

A huge thanks to all the 3News viewers who reached out to check on Bill!