You may have seen this viral video of a meltdown at a southside fast food restaurant. 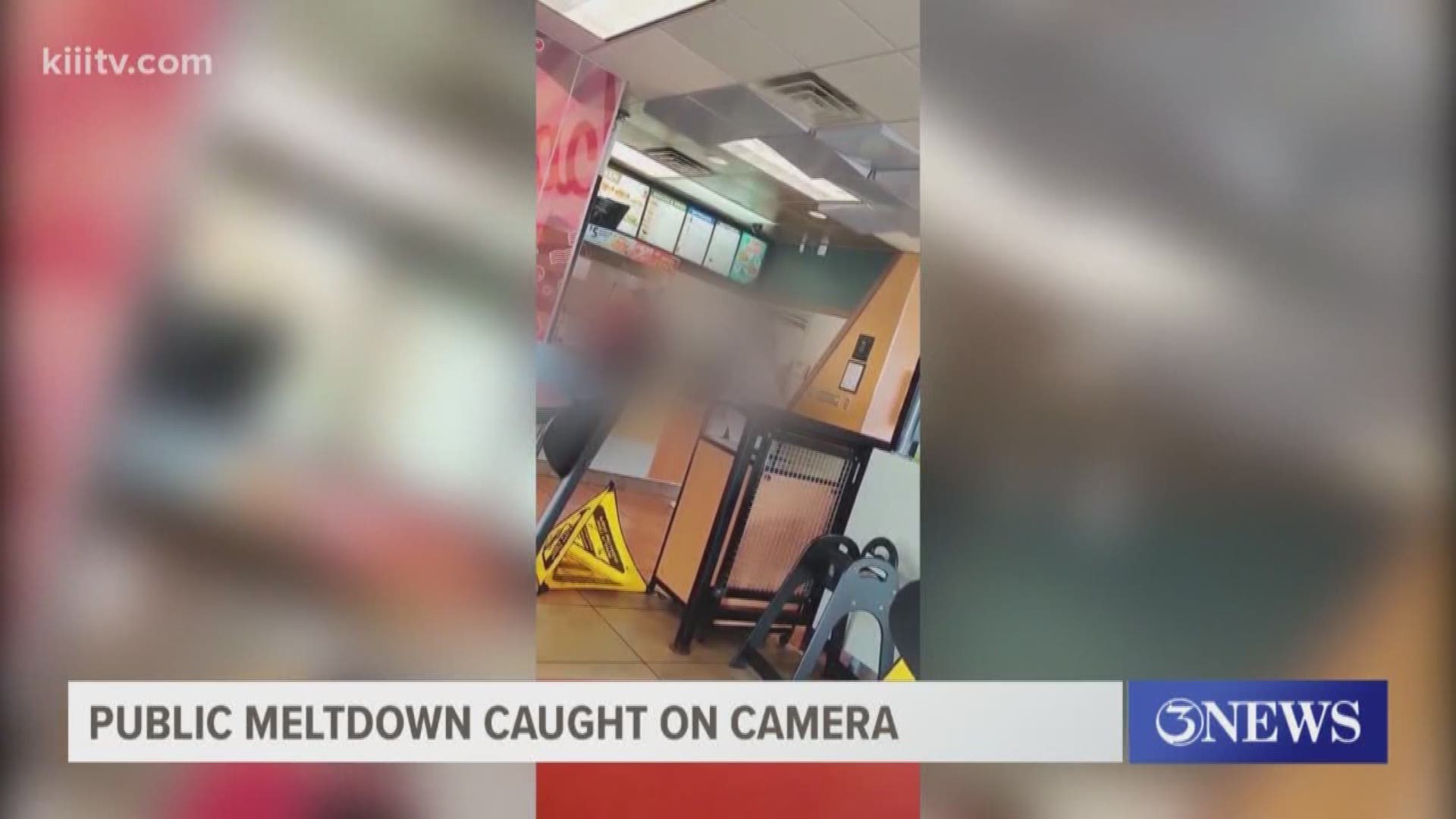 CORPUS CHRISTI, Texas — A viral video of a woman visibly upset and yelling profanities at what appears to be an elderly restaurant cashier is generating lots of attention online. It reportedly happened at a fast food restaurant in Corpus Christi's southside.

One professional counselor said videos like this are a reminder not to let your frustrations build up throughout the day. She joined 3News with some tips to help people keep from reaching their boiling point.

The video in question was shared almost 3,000 times on social media. The person who posted it told 3News he hopes it will make others think about their actions before they lash out.

"She got up and started yelling at the older gentleman, at the cashier," he said. "It turns out it was just because they didn't put mustard in it. She threw the food over the counter."

3News blurred the faces of those involved to protect their identities, but it's not the first time we have seen videos like this one shared on social media -- situations where people who appear, for whatever reason, to become triggered and lash out, creating a public display of rage.

Jodi Ochoa is a licensed professional counselor who specializes in anger management. She sat down with 3News Reporter Bill Churchwell and watched the video.

"It's just amazing that people allow themselves to act this way," Ochoa said.

Ochoa said in most cases of public meltdowns, people's frustrations might have been mounting for some time.

"Anger isn't always aggressive, but it's a matter of the person allowing it to get them to a point of aggression," Ochoa said. "It can be physical or verbal as well."

She said there are things people can do to keep from getting to that boiling point. It starts by processing the things that are happening throughout the day and how they make you feel, and by paying attention to your body signs.

"If you are clenching your fist, rapid breathing, feeling frustrated, feeling impatient, cues to know that person needs to back up a bit, cool down and maybe retry what is going on," Ochoa said. "Or move on."