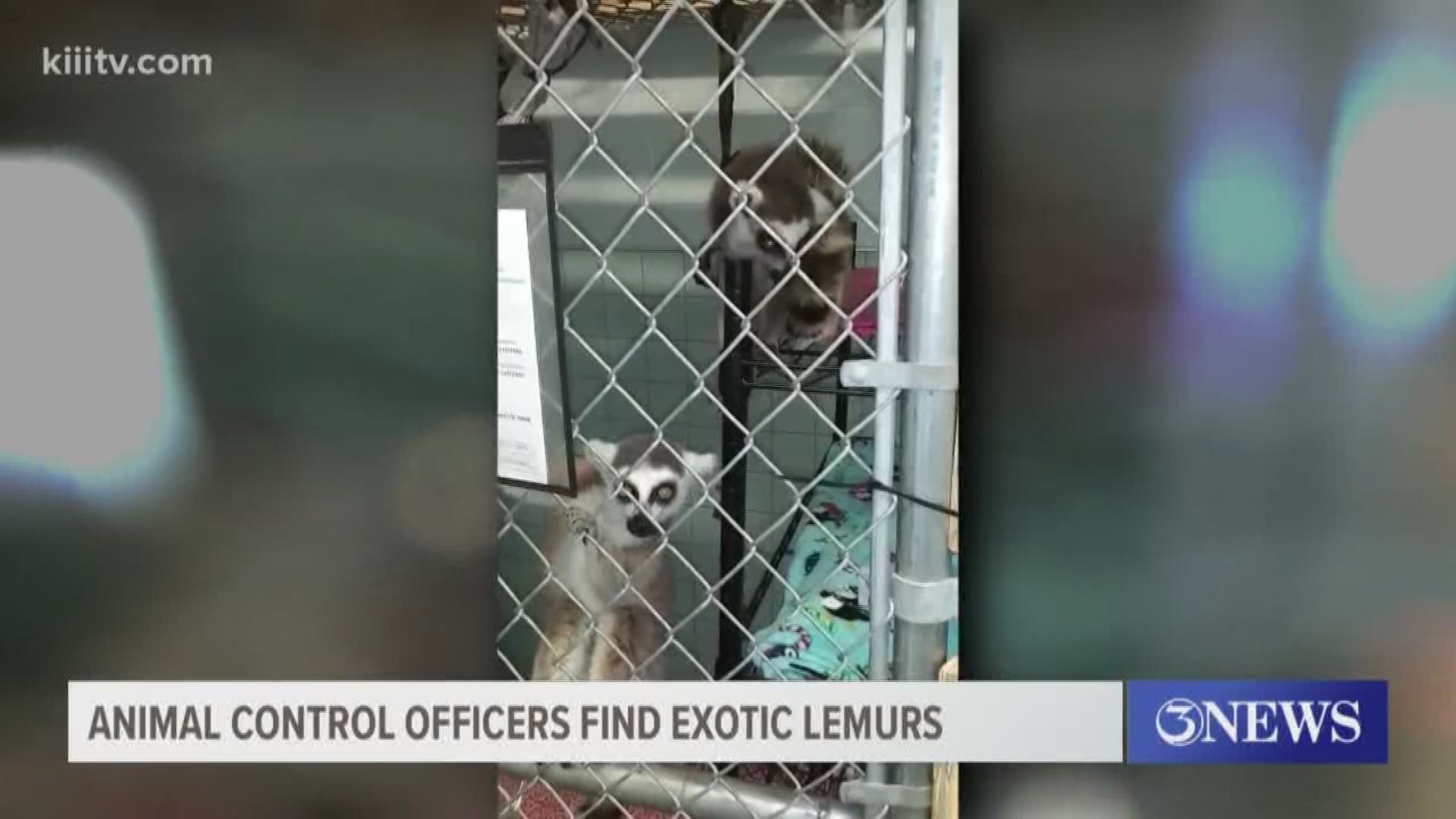 CORPUS CHRISTI, Texas — Animal Control for the City of Corpus Christi has to be one of the most interesting jobs. They pick up more than stray dogs, cats, possums and the occasional skunk. Sometimes, they have to deal with critters that are anything but typical for this area.

CCPD officers were out on a call to a home when the discovery of the two natives of the African island of Madagascar happened by chance.

"We have a good working relationship with the police department and when they see stuff like this, they reach out to us," Joel Skidmore with Animal Control said.

Skidmore said when animal control officers arrived on the scene, they couldn't believe what they were seeing.

"We came and responded because their like, 'I don't think you can have these and of course our investigators showed up and sure enough they fell under the Prohibitive Animal List for Corpus."

Officers aren't quite sure how the pair of primates ended up more than 10,000 miles from their native land in Madagascar. During the course of that investigation, they also found a baby alligator as well. All three of those animals were seized because you can't have them here.

Investigators believe the lemurs and the young gator were probably going to be bred for sale, since there is a market for exotic animals.

Skidmore said the lemurs are friendly and curious. Animal Control hopes to have them placed at either a zoo or exotic animal habitat to live out their days.