For churches, Pearce said they will combine the license to carry class with active shooter training. 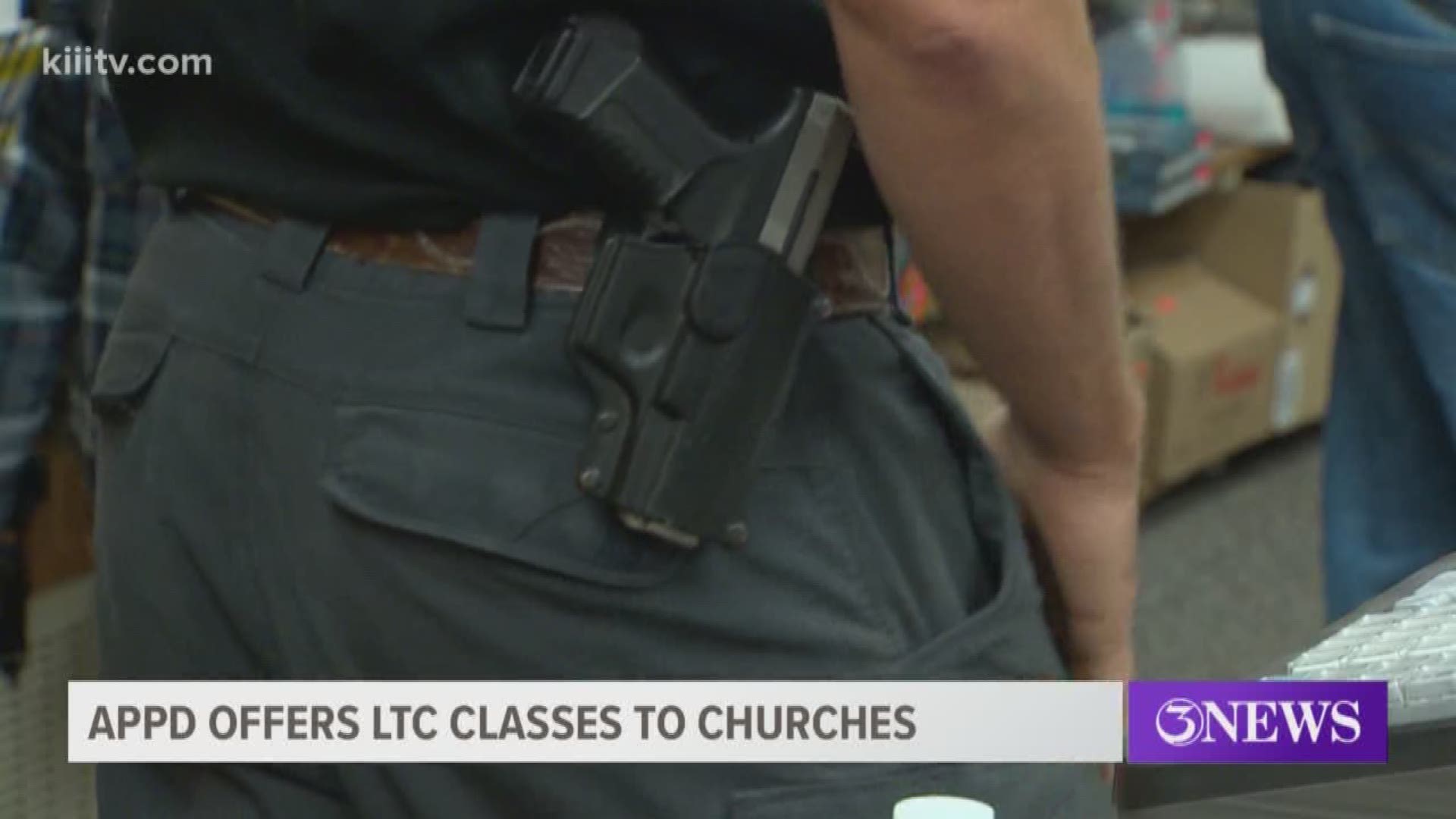 ARANSAS PASS, Texas — Two days after armed parishioners took down a gunman at a church in White Settlement, Texas, a South Texas police department is reminding people that they offer concealed carry classes, and they're free of charge to churches.

Capt. Lynn Pearce with the Aransas Pass Police Department said the man that took down the gunman in White Settlement is a hero and is a perfect example of why concealed carry is a great thing to have when it's in the hands of the right people.

Jack Wilson, a firearms instructor and lawman, said he noticed something as soon as the suspect walked into their Sunday service in White Settlement. The gunman was wearing a fake beard, a wig, hat and a long coat.

Pearce said Wilson was already prepared and even though two parishoners were killed, he saved countless lives.

Aransas Pass police have previously worked with businesses and churches on how to protect their community. They also offer monthly handgun licensing courses to residents of the Coastal Bend.

For churches, Pearce said they will combine the license to carry class with active shooter training.

"Its main focus is be aware of your surroundings, have a plan, be ready to exit, execute that plan without delay in time to think of something," Pearce said. "You should always be prepared in case something happens. What are you going to do to save yourself and your loved ones?"

Pearce said he focuses more on the laws with use of force and carrying a firearm with or without a license, as well as de-escalating situations before having to use a gun. The classes are free. Police just ask that you donate to a non-profit of their choice.

Pearce said even if you don't have your license to carry, it's a good idea to have that knowledge.