Aransas Pass still without a hospital

Local emergency patients have to be transported elsewhere while the hospital is out. 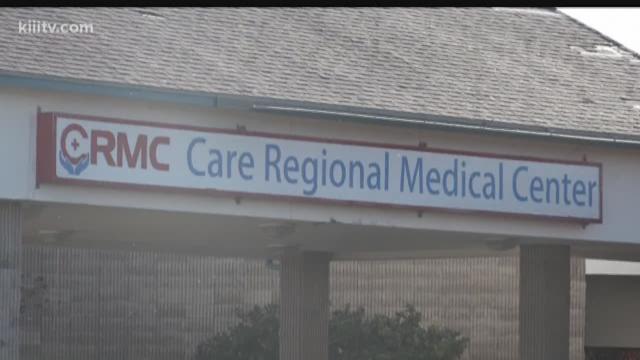 The only hospital in Aransas Pass is still closed following Hurricane Harvey, and they are waiting on insurance money to pay for repairs.

Local emergency patients have to be transported elsewhere while the hospital is out.

"We still have people coming to the door for services, and we have to send them on," said Kerry Upton, hospital administrator.

From the outside, the Care Regional Medical Center looks like it's still open for business, but inside it is a different story even five months after Hurricane Harvey.

"When we came back Monday the whole place was inundated with water," Upton said

The whole building had to be gutted.

"The wonderful staff they were you know pulled up their boots and started cleaning," Upton said. "You know they quicker we could get it cleaned up the quicker we could start taking care of patients again."

But soon the staff realized the damage was more than they expected.

"The hospital has been a tremendous blow to the area not only to the patients that they serve, but they lost a lot of great employees and what no," said Director Steve Knight, Tri-County Emergency Services.

CRMC serves an area of over 90,000 people who are now forced to look elsewhere for treatment.

"Instead of having a 5 to 8-minute ambulance ride," Knight said. "We are looking at ten to 20 minutes over to Portland."

Some have to go to Northshore Emergency Hospital in Portland.

"We've had a little bit of a 25 percent increase in our volume daily. we've had to increase staff to handle that volume, and we've done it pretty well," said nurse manager Molly Nichols.

Or even further: over the bridge to Corpus Christi.

"For things like strokes where time is of the essence minutes matter, it really is important to healthcare facilities quickly," Nichols said.

In an Aransas Pass Town Mall meeting in November, hospital administers said they hoped to at least get the emergency room up and running in eight to 10 months, but for now, CRMC is in limbo until they can get an estimate of the damage.

"We don't know what the future is going to bring until we have those insurance reports and know what we are going to be able to do," Upton said.