There's a ghost town in Goliad County. It's known as Cologne, Texas -- a community built by ex-slaves who wanted a town to call their own. 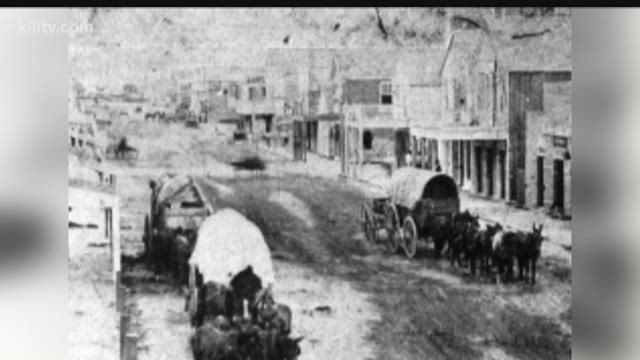 There's a ghost town in Goliad County. It's known as Cologne, Texas -- a community built by ex-slaves who wanted a town to call their own.

Cologne sits east of historic Goliad alogn Highway 59. It was founded in the 1870s by former slaves George Washington and James Smith.

In 1863, President Lincoln had freed the slaves, but it would be two years before that actually happened in Texas. Washington and Smith gained their freedom and began a prosperous business hauling goods from the old port of Indianola over to Victoria.

When the two had enough money, they bought some 500 acres of land along Perdido Creek, which is next to present-day Coleto Creek Park and Reservoir.

However, the two would only sell property to other blacks. Whites were not allowed to buy there.

"I believe it was a trust factor, because being former slaves they weren't actually sure who was for them or who was against them," Cologne resident Jimmey Smith-Moultrie said.

Moultrie is a descendent of one of the families who settled Cologne.

"It's one of those kind of situations where you get goosebumps, you know?" Moultrie said. "Just to know that your forefathers, our forefathers, were part of such a tremendous effort."

The community was first known as 'the colony,' then Perdido, Centerville, Ira Station -- and finally, in 1898, in became Cologne.

But where did the name come from?

One story is that one of the residents wanted a post office to be built there, so he submitted the name Cologne. There was a hog rendering facility close by, and it was thought that maybe the name would somehow counter the smell coming from the plant.

Along with that post office, a train depot was built and one of Moultrie's ancestors was the depot master.

"The trains were a really big change around this part of the country because it made transportation much more available," said Myra Heard of the Goliad Historical Commission. "Everybody rode the trains."

Once the railroad came through town, the black community welcomed white settlers. There were already a number of churches in place and soon a few businesses opened, like the Old Rock Store. All of this took place on land that only a few years previously had been the home of a number of slaves.

"They made use of all of their knowledge that they had gained from being former slaves and made that land very productive," Moultrie said.

Cattle is still king in those parts and you can even walk up to some of the cows and they'll eat grass right out of your hand. There are still a few homes in the area and a number of RV parks have popped up, and who knows -- maybe Cologne will soon be the center of activity along the Coleta Creek Reservoir.