Adan Delarosa walked into the lobby of the sheriff's office and become loud and seemed to be paranoid. 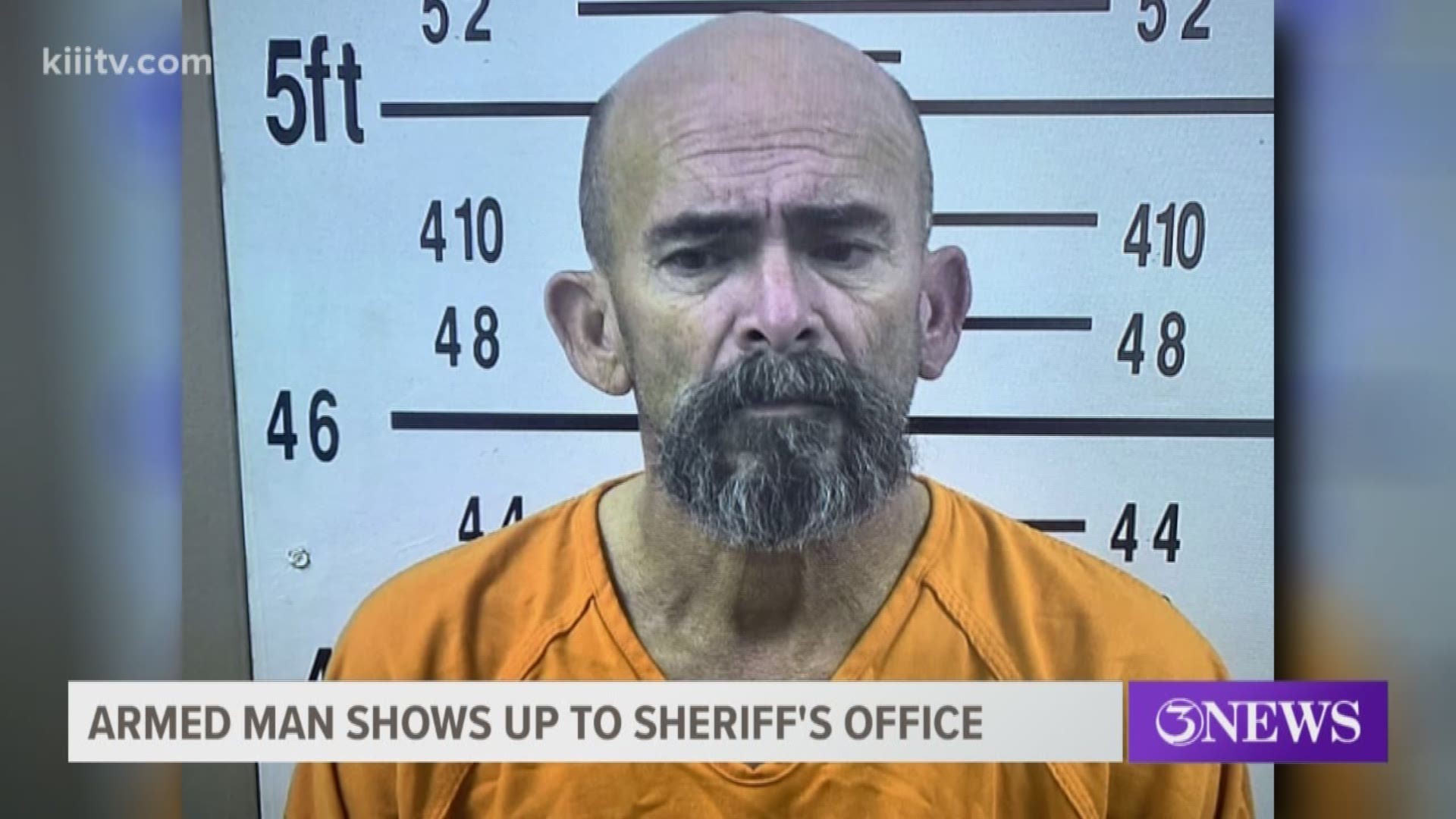 KINGSVILLE, Texas — A 65-year-old Kingsville man remains behind bars in the county lockup after he showed up to the Sheriff's Office with a knife, guns, and meth.

Sgt. Robert Wright was one of the Kleberg County deputies who were called to the front lobby of the Sheriff's Office to deal with a man who had a knife and said he was being followed.

"He said there's nothing wrong with him, and I asked him if he had any medication in the vehicle. He says I have some meth inside the vehicle we asked for permission to search his vehicle for weapons and the meth, and we found meth pipe, meth, and a large assortment of weapons," Wright said.

According to deputies, Adan Delarosa walked into the lobby of the sheriff's office and become loud and seemed to be paranoid.

Delarosa went outside, where Wright says he turned over his knife and admitted to having stuff in his vehicle, including a shotgun, rifle, and a handgun. Meth and meth pipe were bagged up for evidence.

Sheriff Richard Kirkpatrick was also there at the time. He was impressed by the way his deputies were able to handle the situation and glad that Delarosa walked in at the Sheriff's Office instead of somewhere else in town.

"I guess you could say I'm glad that it happened here, and our officers were able to go in and take care of this safely," Kirkpatrick said.

"Make you want to think that maybe someone could walk in and do something else like that or carry it further, really happy today," Wright said.

Delarosa is charged with unlawfully carrying a weapon and possession of a controlled substance.

Currently, Ddelarosa is being held in the jail's detox unit, where sheriffs expect him to undergo a mental examination over the coming days.