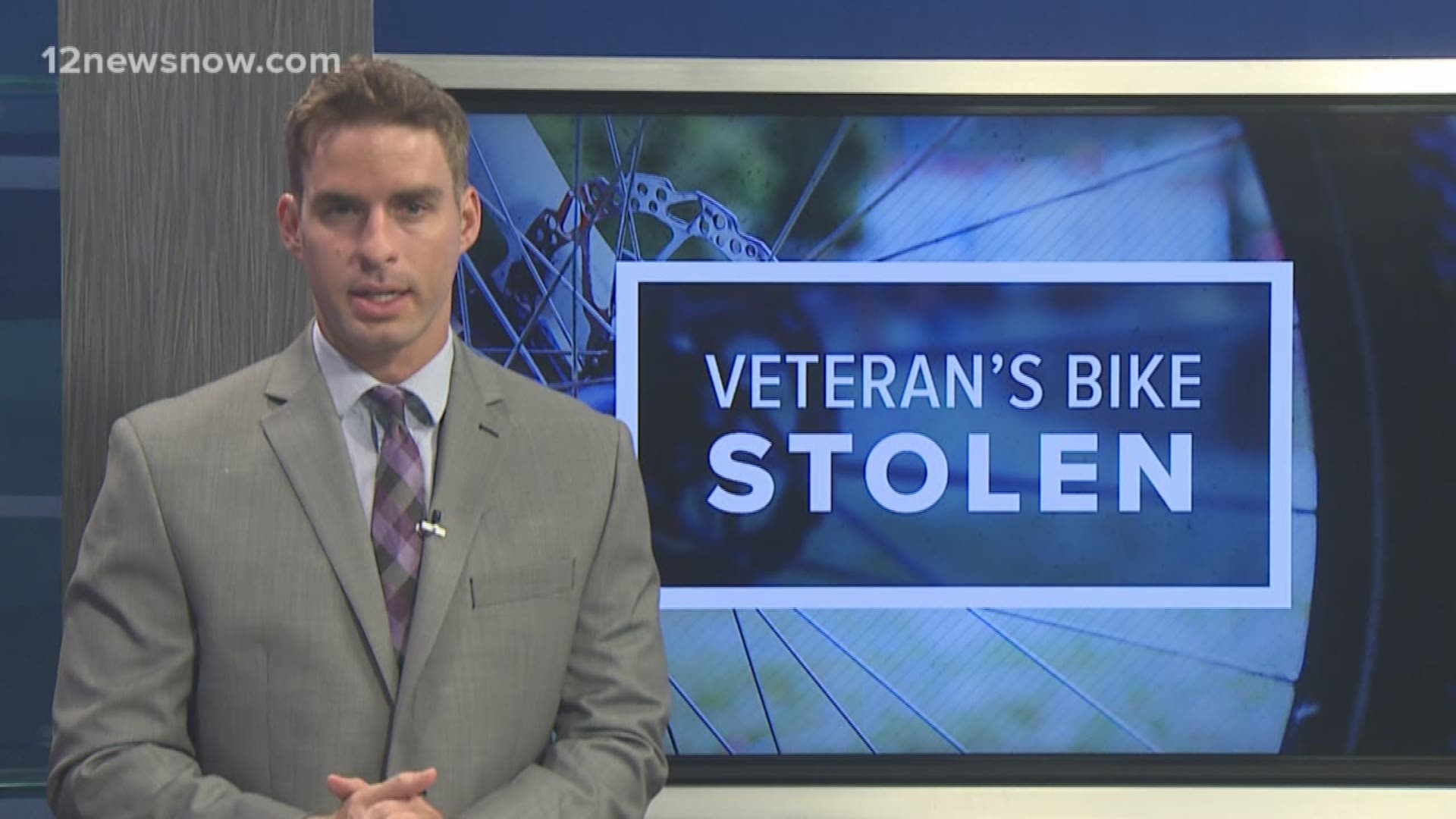 Jeremy Page said the terrifying encounter all started around 10:45 when he rode his bike to the Buna Public Library where he regularly volunteers.

"A blue Ford pickup truck ran me over and after they ran me over they stopped," Page said. "And the guy asked me if I was okay and said, 'how about you give me that bike?"

He said he thought the man was joking, but the man indicated he had a gun and had Page get on the ground before stealing his bike.

Page told 12News he spent six years serving in the U.S. Army, and served two tours in Iraq. He was hurt in 2009, and in 2013 was medically discharged.

"I have non-epileptic stress attacks, so I have what looks like seizures, because of that I can't drive a car," Page said. "I like to be independent, so I ride a bike everywhere."

He said he's not asking for donations, but he appreciates the love from the community.

His wife Amanda posted on Facebook, asking that the community keep their eyes open for the lime green mountain bike.

She said without the bike, he has to depend on others for a ride and is involved in a number of community activities he enjoys.

"Please help us find his bike or the terrible people who did this," Amanda's post said.

The Jasper County Sheriff's Department said they are still looking for the thief.