Researchers say returning oyster shells to the water after consuming them will help our ecosystem. 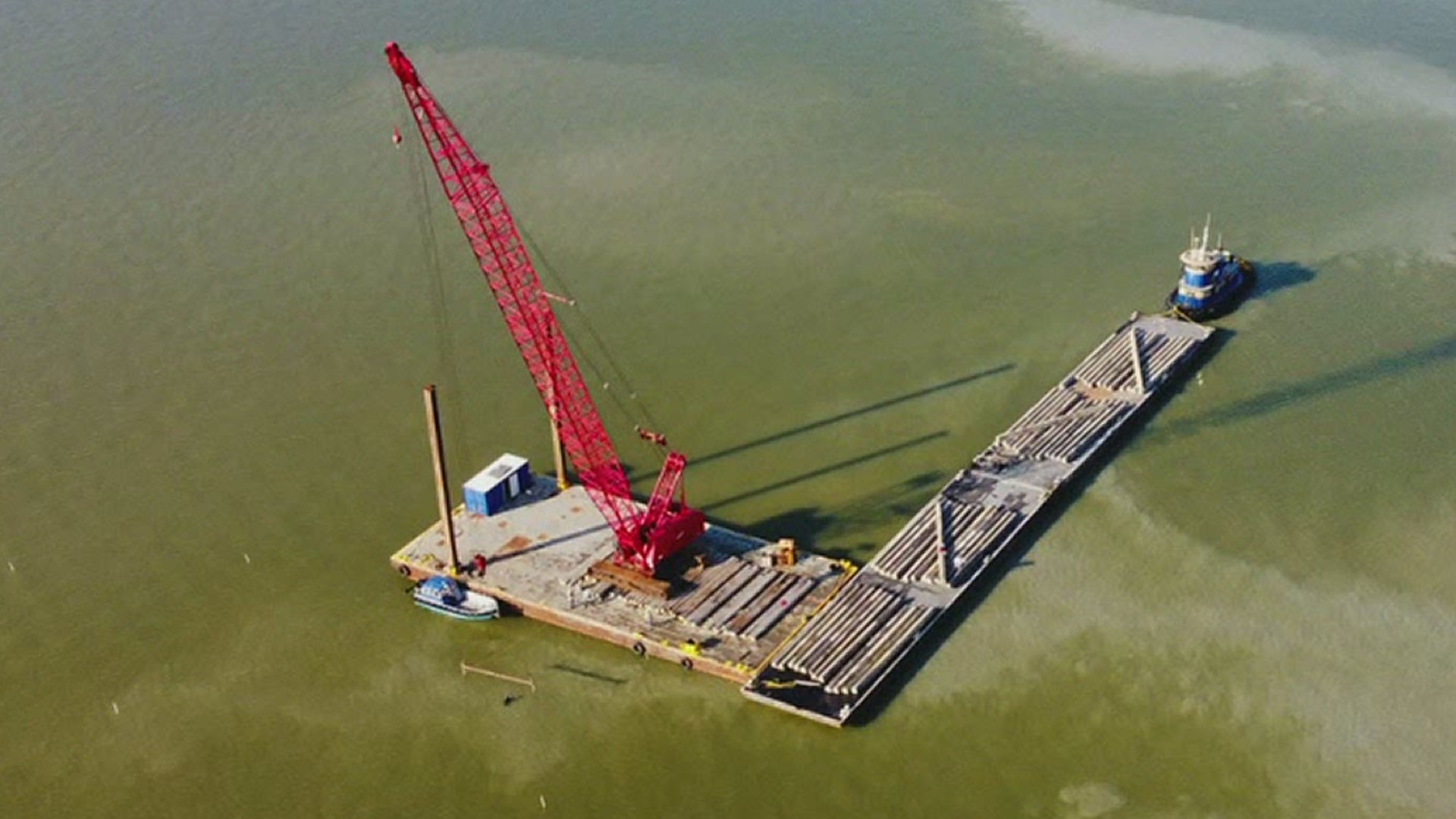 ROCKPORT, Texas — A recycling program in the Coastal Bend that began more than a decade ago continues to bring more life to our bays.

Assistant Director of the Harte Research Institute at Texas A&M Corpus Christi, Gail Sutton, said with the help of their partners, they have been able to create almost three acres of restored oyster reef at Goose Island State Park in Rockport.

According to Sutton, the project took four days to move 210 concrete barriers, which are 40 feet by two feet, and weigh about 14,000 pounds each.

"We don’t want the gold or the oyster shell down in the mud so we put these pipe racks in rows then put our shell on top of it to make these four reefs,” Sutton said.

Over 330,000 pounds of oyster shells have been collected from local restaurants.

Richard Lomax, president of Water Street restaurants, said they have been involved in the oyster recycling program for 15 years now.

“They did the leg work and gave us the system to recycle them," Lomax said. "All we had to do was train our guys to separate them from the trash. And so, it’s been a really great win, win. The bay is building new reefs. Ecosystem is doing great, and we are saving diesel costs."

Sutton said she calls oysters gray gold because of the vital role they play in our ecosystem. She doesn’t discourage the eating of oysters, but asks you dry out the shell and return it to the water afterwards.

"A lot of people don’t understand their importance to the environment," Sutton said. "They are the happening place underwater. That’s where the fish, baby fish, the crabs hang out, and they clean the water."

The HRI said both scientists and students will continue to monitor and study these reefs for years to come.